The selection panel has named Chase as captain to lead the West Indies A One-Day side in the series of five One-Day matches, all set to be played in Antigua at the Coolidge and Sir Vivian Richards Cricket Grounds.

The captaincy of the “Test” squad will be split between Test opener Brathwaite for the first two of the three “Tests” and fellow Barbados Pride batsman Shamarh Brooks for the last match of the series, which will be played at the Brian Lara Cricket Academy in Trinidad.

Catch live streaming of every match here at www.windiescricket.com or on our Windies Cricket YouTube Channel. 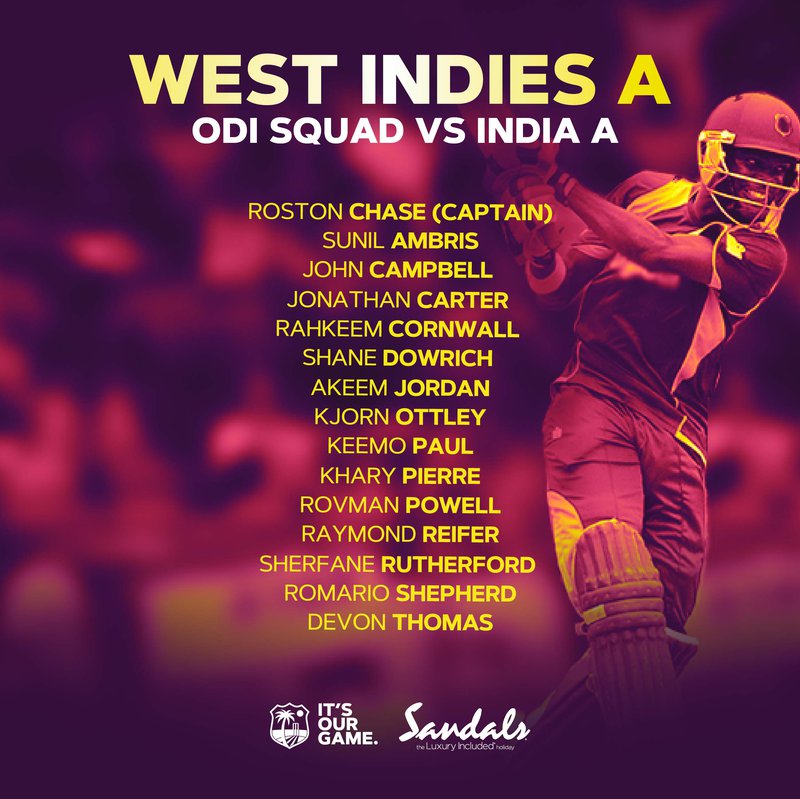 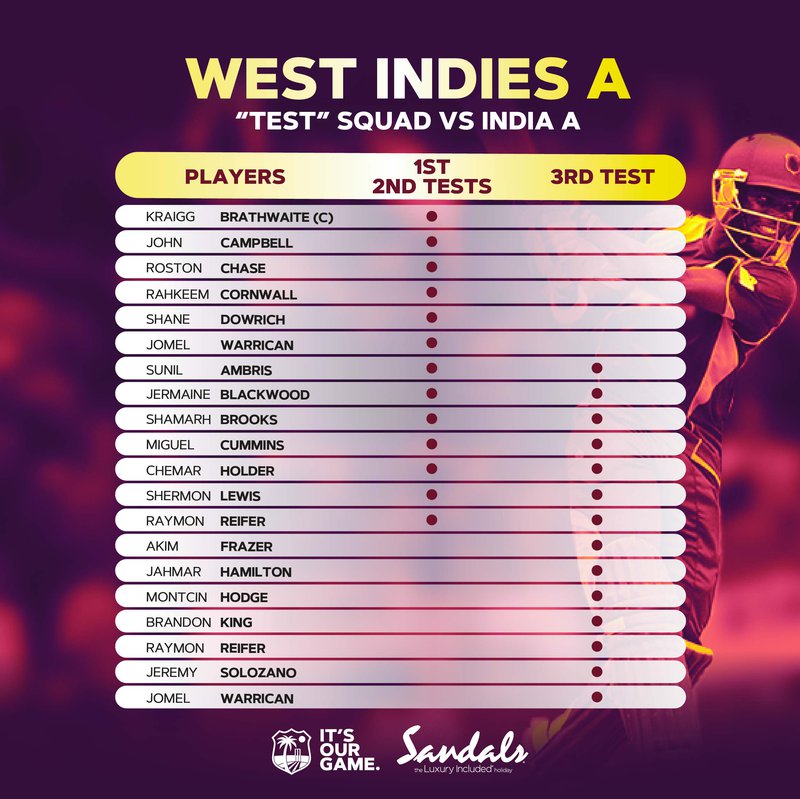 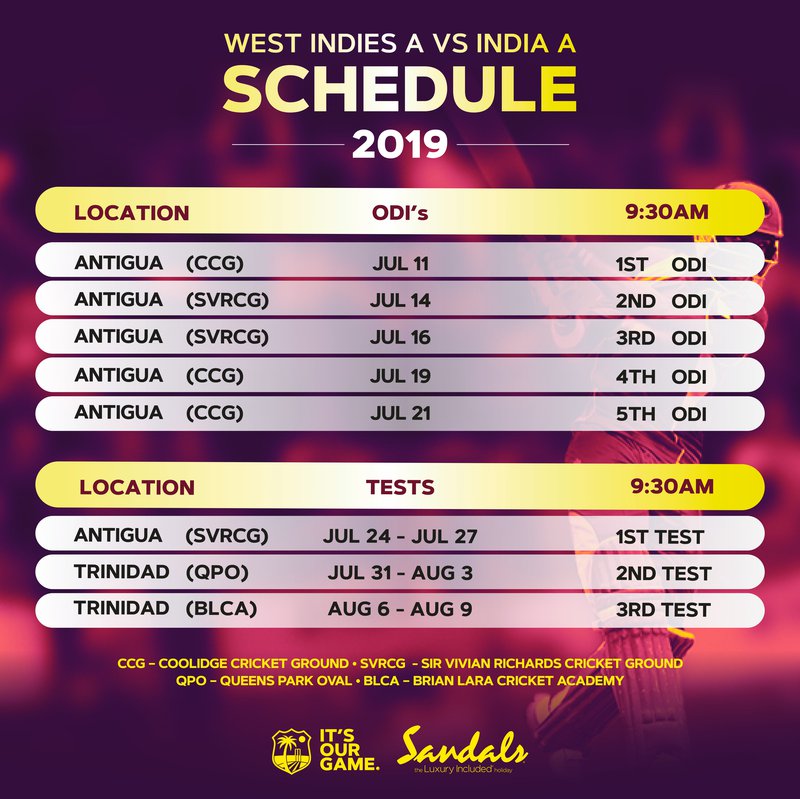