TICKETS NOW ON SALE FOR THE COLONIAL MEDICAL INSURANCE SUPER50

Online sales of tickets for the Colonial Medical Insurance Super50 Cup has begun the group stage matches at Warner Park in St. Kitts, and the Queen’s Park Oval and Brian Lara Cricket Academy in Trinidad, as well as the semi-finals and the final. 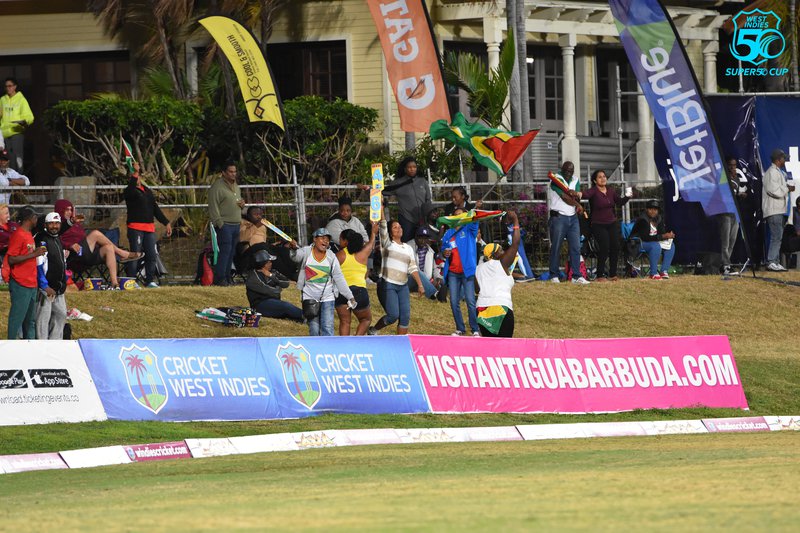 Individual ticket prices are just US $6 (TT $40) for Zone B Group matches in Trinidad at both Queens Park Oval and Brian Lara Cricket Academy.

INDIVIDUAL TICKETS FOR SEMIS AND FINALS IN TRINIDAD:

“The excitement for the Colonial Medical Insurance Super50 Cup is building as the big regional cricket rivalries are set to commence on November 6. We want fans to have every chance to see their local heroes and discover the West Indies’ rising stars of the future across a month-long festival of cricket. So we’ve made tickets really affordable, including some fantastic season tickets which give all fans a significant discount,” said CWI commercial director, Dominic Warne.

“We’re going to be announcing DJs and entertainment in the coming days who will build the atmosphere at every game during what’s going to be a thrilling tournament.”

TICKETS FOR CHILDREN AND PATRONS OVER 60 YEARS OLD

Coming on the heels of the hotly-contested 2019 Caribbean Premier League, fans can look forward to another four weeks of exciting action, when the Super50 Cup – the region’s pre-eminent, 50 overs-a-side competition – returns with a bang on November 6.

Two groups of five teams each will run concurrently in St. Kitts and Trinidad, contesting a total of 40 action-packed, group stage matches.

Zone “A” matches begin on the opening day of the competition and will take place every day either at Warner Park or Conaree Sports Complex in St. Kitts, and Zone “B” matches start the following day, Thursday, November 7, with matches taking place simultaneously at Queen’s Park Oval and the Brian Lara Cricket Academy in Trinidad.

Every team will play their zonal opponents twice before the top two in each group progress to the semi-finals and a chance to play in the Final under the lights at Queen’s Park Oval on Sunday, December 1.

The Marooners captured their first Super50 Cup title, when they beat Guyana Jaguars by six wickets in the 2018 final at Kensington Oval in Barbados.

Set 205 for victory, Marooners reached their target in 37.4 overs, guided to victory by their captain and veteran opener Kyle Corbin with a polished 72 from 53 balls that included 12 fours and two sixes which earned him.