The 10 Most Entertaining Pollard moments

Kieron Pollard’s international career started in 2007 under the captaincy of his fellow Trinidad & Tobago countryman Brian Lara during the bright lights of the 2007 World Cup that was hosted in the Caribbean. It officially and fittingly ended 15 years later in India 2022, the nation that catapulted him into a global star in white ball cricket via his storied Indian Premier League (IPL) career with Mumbai Indians.

Pollard did not don his Maroon every year of his 15-yearinternational run. Before becoming captain in 2019, his previous 50 overs for West Indies engagement was in 2016. He also missed four global World Cups in the 2014 and 2016 T20s, alongside the 2015 and 2019 50 overs. Despite that, he leaves West Indies cricket having established significant white ball records that will take some eclipsing as the statistics show his trailblazing career, CWI Media looks back and counts down Pollard’s 10 most entertaining moments during his 222-match run for the #MenInMaroon. 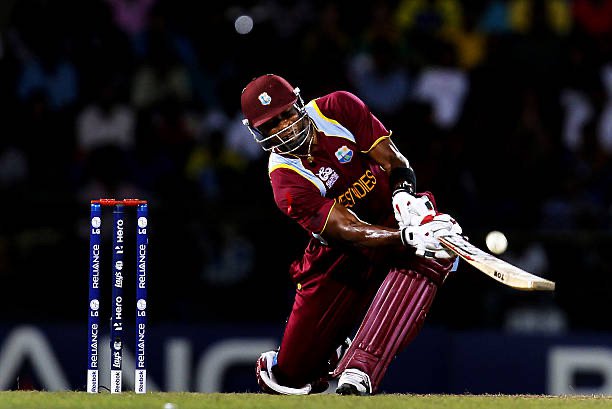 In the 2012 and 2014 World T20s, West Indies met Australia in the semi-final and in the group stage, and the respective wins were probably their two most clinical performances in both tournaments.

Watching Kieron Pollard swat Xavier Doherty in that 2012 semi-final offered a glimpse into the past, when the Guyanese duo of Alvin Kallicharran and Roy Fredericks produced swashbuckling innings against Ian Chappell's side circa 1975-76. 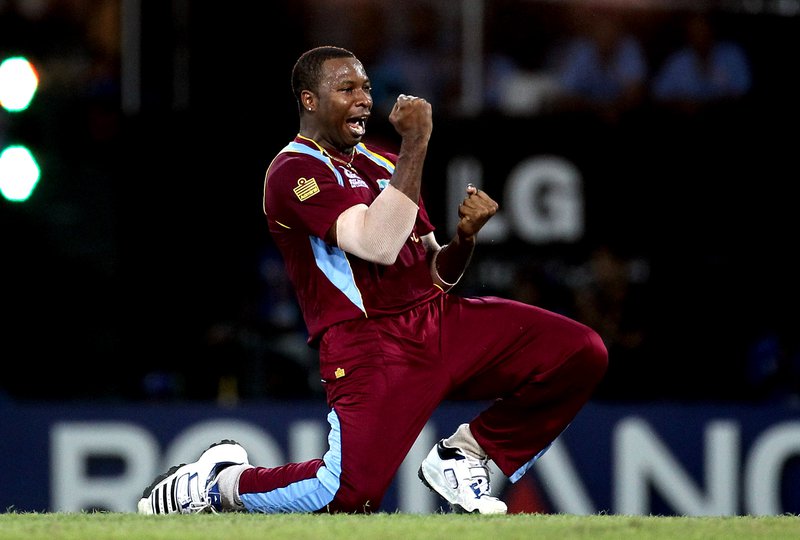 “Coming up against Australia in a World Cup T20 semifinal you don’t need more motivation than that. “Chris Gayle was batting brilliantly and my job was just to finish and I certainly did that. Overall these are the knockout games I’ve always prided myself in standing up for the teams I’ve played with. That semifinal was one the early ones that helped me develop that confidence to perform in such matches, all over the world.” 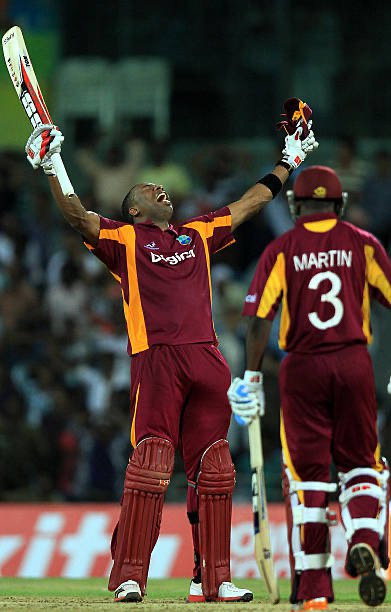 After agonizingly missing out on his maiden century versus Ireland during the 2011 World Cup, later that year Pollard in the subcontinent Pollard at age 24 corrected that.

He registered what remained his career best 119 that included 10 huge sixes in the final ODI of the series in Chennai, to end the series with 199 runs from five innings - the most by any West Indies player. 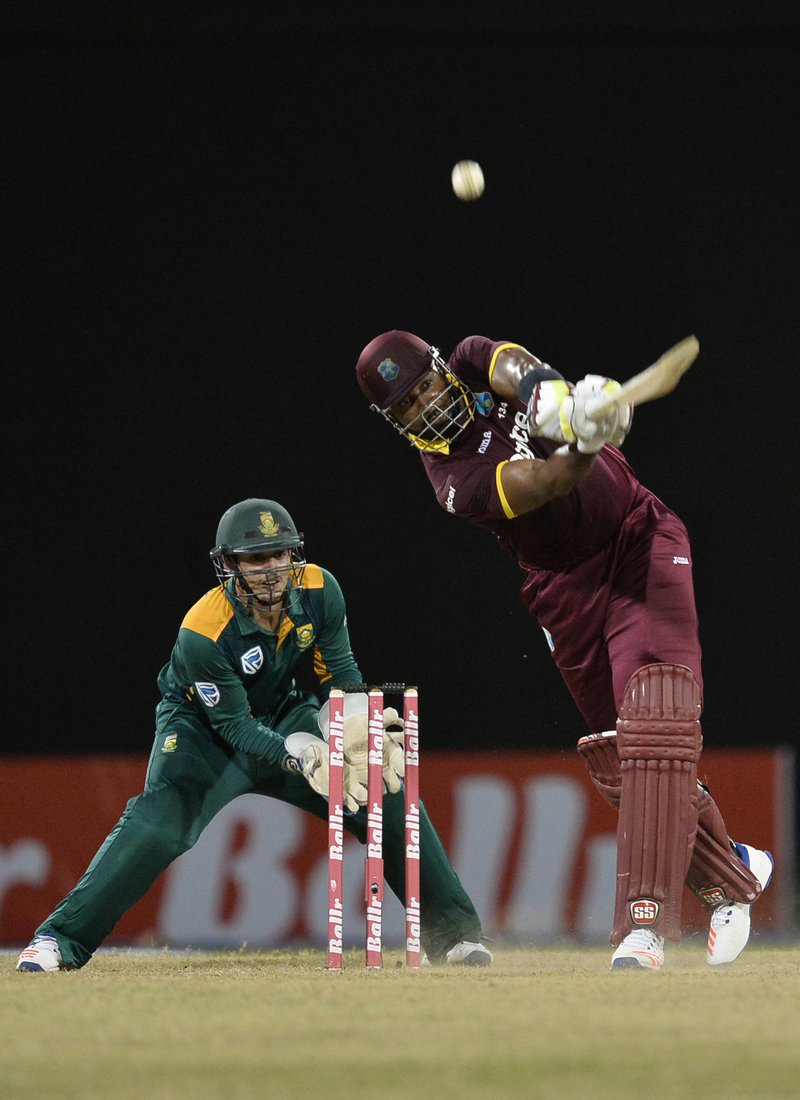 Pollard was playing his first one-day international since the 2014 tour of India during the 2016 Caribbean Tri-Series against Australia and South Africa. West Indies surprised the odds by getting to the competition final versus Australia, with Pollard topping the hosts batting averages with 205 runs at an average of 41.

The tournament opening match in Guyana saw proceedings commencing in West Indies favour as South Africa were routed for 188. However, West Indies slipped to 76/4 in the run-chase on the turning wicket before Pollard entered the wicket.

He counter-attacked the Proteas spinners hitting his second delivery en route to unbeaten run-a-ball 67 not out that included six towering sixes at the Providence stadium. 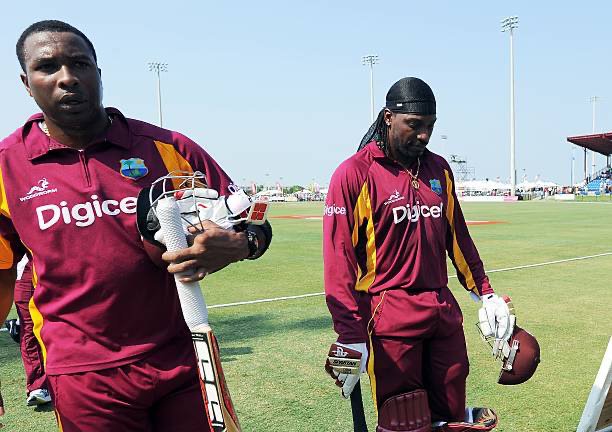 It’s not often Chris Gayle and Kieron Pollard, the two leading run scorers in T20 cricket history, have batted together in domestic and international cricket. But one of the few times these two dynamic six hitters did it was in maroon colours in sunny Florida 2012, a few months before the West Indies secured its maiden T20 World Title.

“It was one of those tours where you get an opportunity to play in Florida and just enjoy the moment from both a cricket and personal perspective where players can mix game preparation with shopping and other stuff in a popular tourist destination. “I recall the conditions were really hot walking out with Gayle going guns blazing. The first ball I faced was hit for six and sometimes all you need is that positive feeling to get your innings going perfectly, with everything hitting the middle of the bat and balls hitting the gaps frequently.” 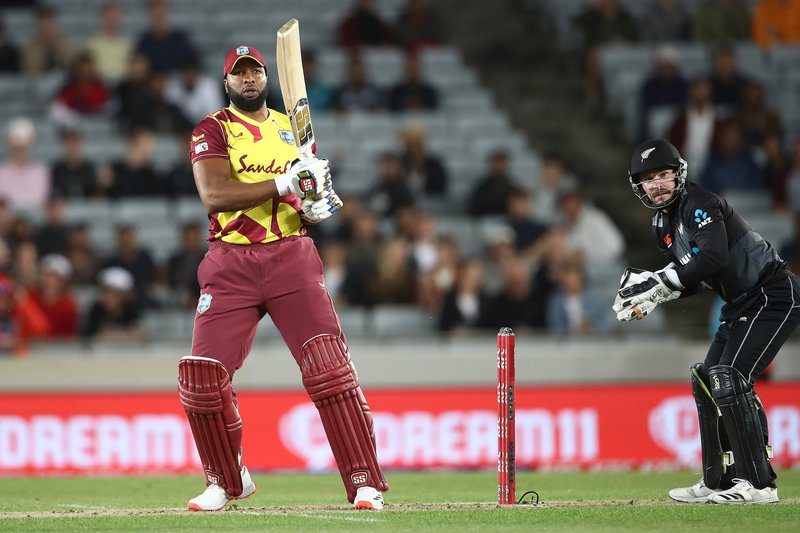 With wicket tumbling all around him as the other batsmen struggled against the extreme pace of Lockie Ferguson who clinched a five wicket haul, Pollard fighting unbeaten captain knock of 75 saw him fight fire with fire against the Kiwi pace bowlers to keep West Indies in the contest. 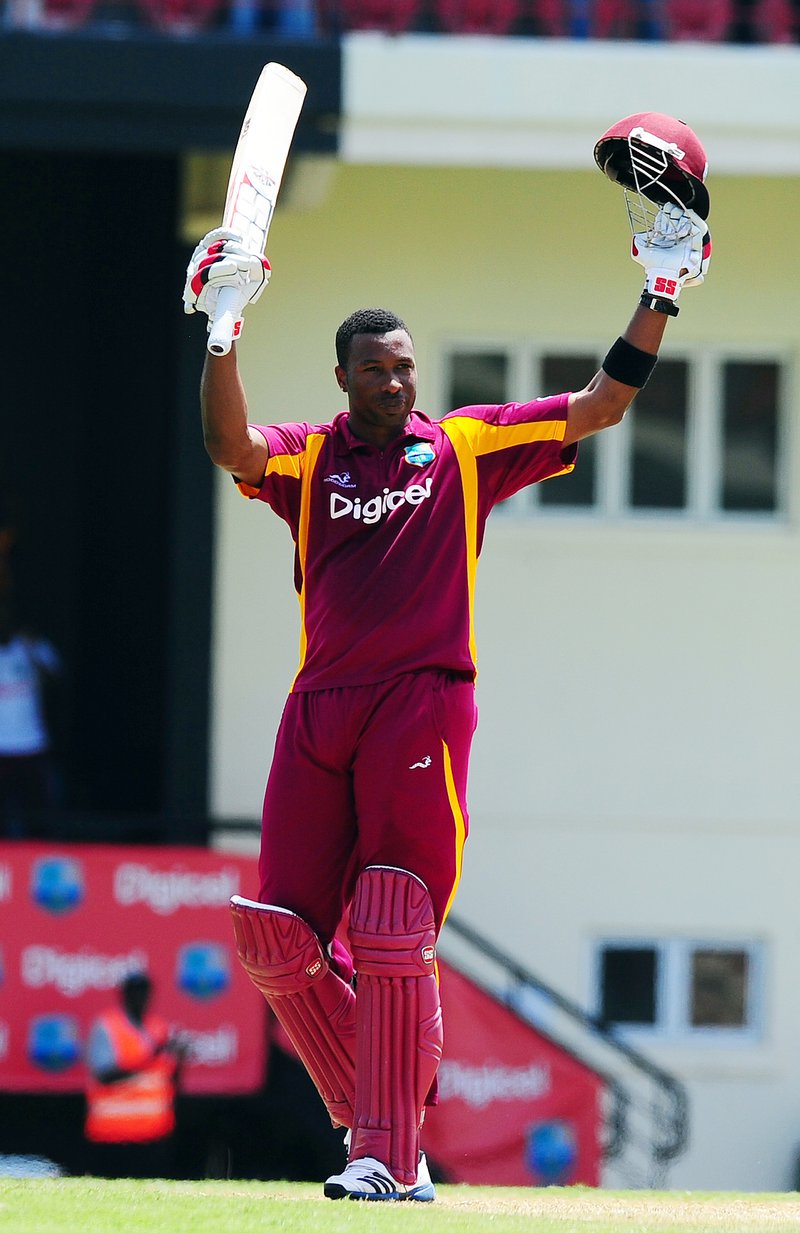 Three months after registering his maiden ODI century in India, Pollard brought that form back home to score his first and only century in the Caribbean.

Playing the fourth and penultimate ODI of the five match series at the then Beausejour Stadium in St Lucia now called Darren Sammy stadium in which he also coincidentally scored his lone T20 century, Pollard 102 against an strong Australian attack led by Brett Lee, propelled West Indies to a winning score of 294/7 from their 50 overs. Australia fell short and victory meant West Indies could not lose the series. 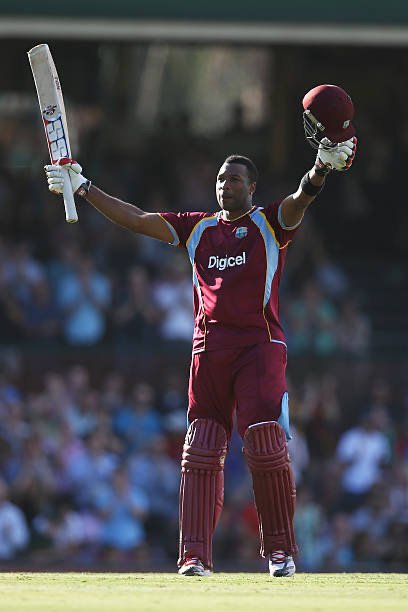 West Indies visited Australia in February 2013  after winning the 2012 T20 World Cup the hosts already held an unassailable 3-0 down lead in the five match series in which Kieron Pollard had scores of 0,1,9 as the team struggled.

In the fourth ODI Pollard who credits Ramnaresh Sarwan for giving him some tips in playing spin that day to curb in natural attacking instincts, stepped up manfully while the rest of the batting lineup faltered around him to score an unbeaten 109 not out to carry his bat until the West Indies were bowled out.

Only one man could take this catch! 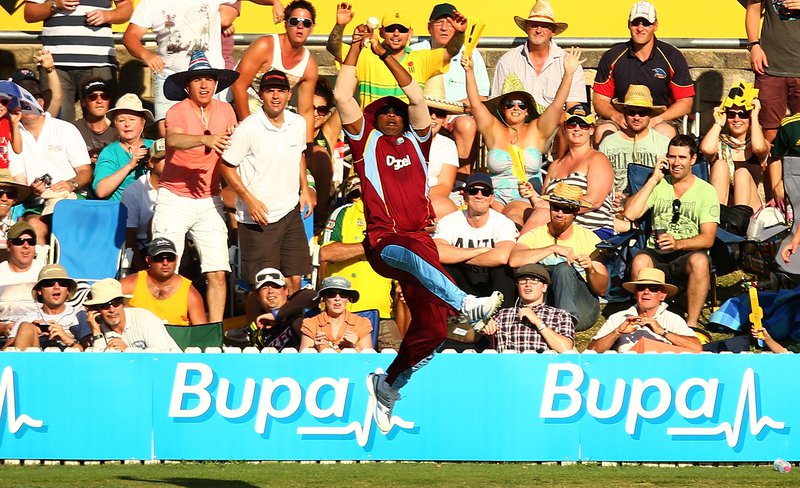 Kieron Pollard has not only matched their fielding prowess throughout his career, but changed the perception that tall and strongly built players couldn’t be outstanding fielders, so much so that one can create a highlight reel of his catches over the past 15 years.

However, of all his numerous athletic boundary catches worldwide, his most memorable in West Indies colours was his unbelievable snatch to dismiss Glenn Maxwell in Australia, who hit a slog-sweep off Sunil Narine that looked certain to be heading for six runs before Pollard pulled off that miracle catch. 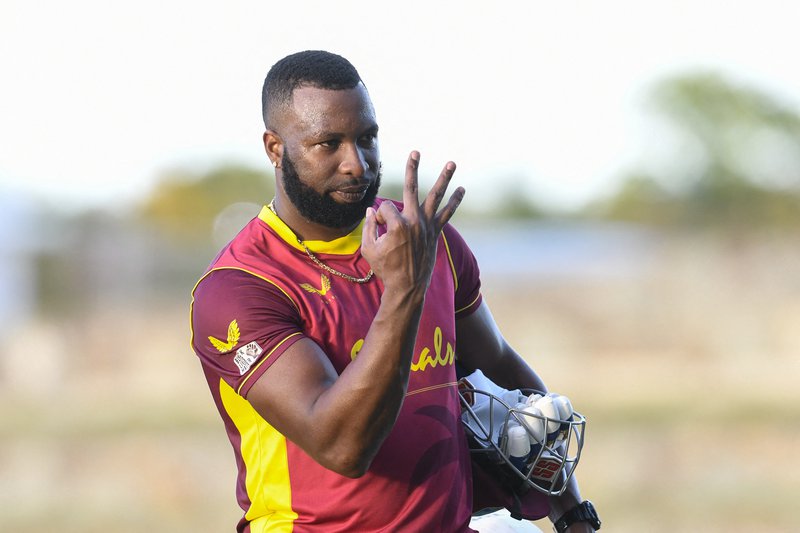 When Kieron Pollard inherited the West Indies white ball captaincy in late 2019, in 50 overs cricket the team had not won a one-day international series between October 2014. One of the series won under his leadership was a 3-0 white-wash at home versus Sri Lanka.

Pollard himself played a key role in securing this series triumph with an unbeaten 53 not out in a run chase to make sure West Indies did not slip up.

Saving the best for the last. Two pillars of strength that have defined Kieron Pollard‘s career have been his natural six hitting powers and ability to attack spinners of all quality at will.

In 1968 when the legendary Sir Gary Sobers six sixes in an over in an English county game, 50 plus years later it seemed unlikely that a West Indian could ever match that feat.

Pollard came close in January 2012 playing for Trinidad Tobago Red Force when he hit Leeward Islands leg-spinner Anthony Martin for five sixes in an over. 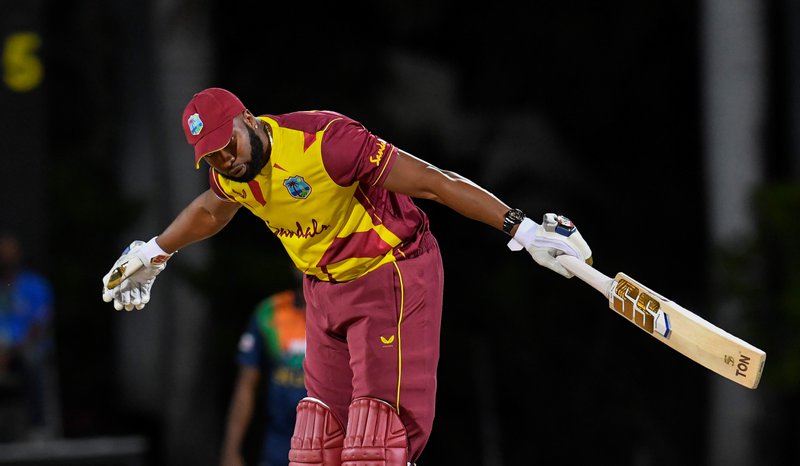 But finally on that famous evening in March 2021 on the Island of Antigua that is home to the ‘Master Blaster’ Sir Viv Richards, off-spinner Akila Dananjaya

was the unlucky bowler as Pollard combined these two skills to devastating perfection to when he became just the third player in international cricket to hit the same bowler for six sixes in one over.

This innings ideally capped off a brilliant 2020/21 period for Pollard in which he was named as the 2020 Wisden Twenty20 cricketer of the year.