The six Hero Caribbean Premier League (CPL) franchises have selected their teams for the 2020 tournament which is scheduled to take place from 18 August to the 10 September. The draft was carried out remotely and the six teams have successfully filled out their rosters with both Caribbean and overseas players with Rashid Khan, Marcus Stoinis, Ross Taylor, Pravin Tambe and Carlos Brathwaite all being signed up.

Defending champions, the Barbados Tridents, have signed superstar Afghanistan leg-spinner Rashid Khan, powerful English opener Alex Hales and Australian all-rounder Marcus Stoinis. Their other overseas players are Englishman Harry Gurney and Afghani Rahmanullah Gurbaz. They have retained the core of their championship winning side from last year and they have signed Kyle Mayers to join a strong set of Caribbean players.

Trinbago Knight Riders have signed Pravin Tambe, and the spinner will become the first Indian to play at the CPL. They have also brought back Australian leg-spinner Fawad Ahmed who was part of their Championship winning team in 2018. They have signed New Zealand wicket keeper Tim Seifert and Zimbabwean batsman Sikandar Raza. They Knight Riders have retained the core of their local players for the 2020 season. 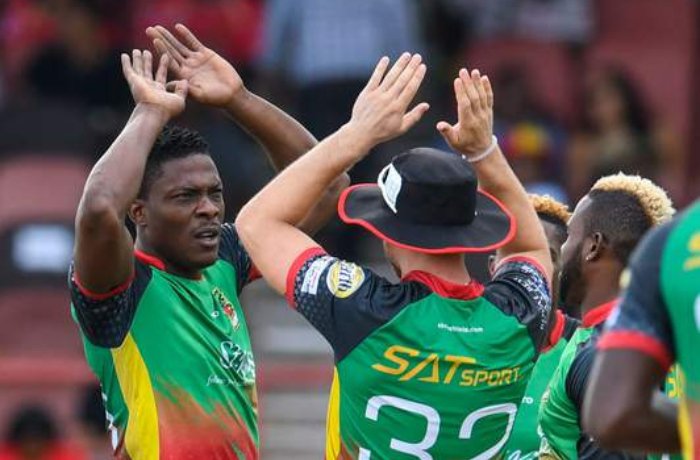 The Guyana Amazon Warriors have retained 13 players from the team that went unbeaten during the league stage of last year’s tournament and have added New Zealander Ross Taylor and Afghani Naveen-ul-Haq. Imran Tahir, Chris Green, Brandon King, Shimron Hetmyer, Keemo Paul and Sherfane Rutherford all return to the Amazon Warriors for 2020.

The St Kitts & Nevis Patriots have signed Australians Chris Lynn and Ben Dunk and have also recruited Ish Sodhi and Sohail Tanvir. Rassie van der Dussen returns to the Patriots after a successful spell with the team in 2018 and they welcome back Fabian Allen, Evin Lewis, Sheldon Cottrell and their captain Rayad Emrit.

The Jamaica Tallawahs are looking to rebuild after a poor season in 2019 which saw them finish in last place in the table. They have recruited Carlos Brathwaite who was released by the Patriots. They have also signed Nepalese leg spinner Sandeep Lamichhane and South African left arm wrist spinner Tabraiz Shamsi. They have brought in exciting Pakistani batsman Asif Ali and retained their leading run scorer from last season, Glenn Phillips. These overseas players will combine with a strong local contingent which includes Andre Russell, Rovman Powell and Oshane Thomas. 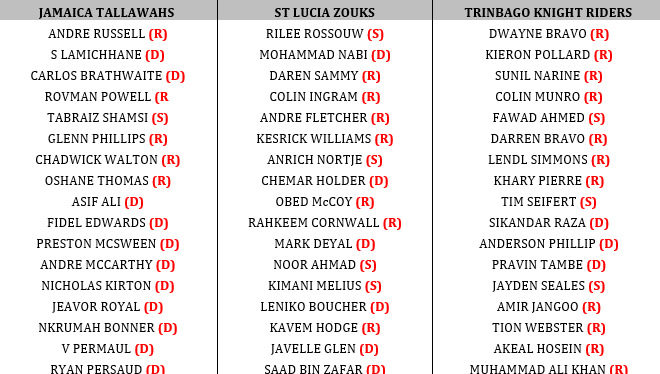 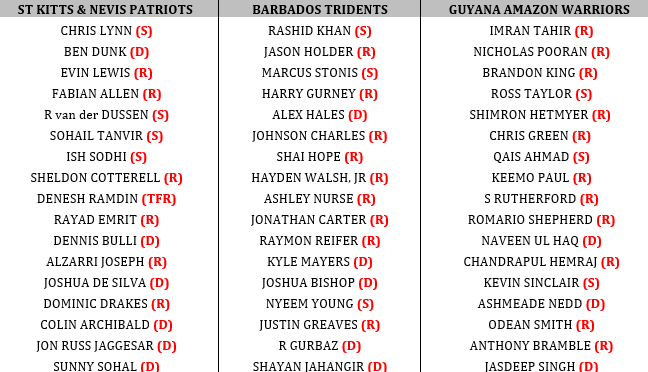