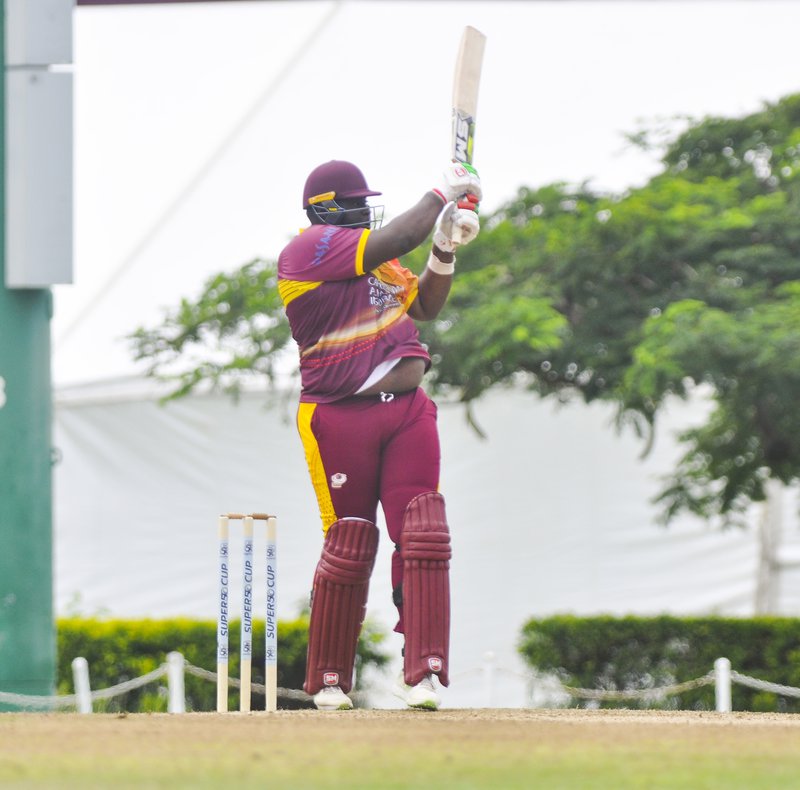 Cornwall slammed five fours and seven sixes from 73 balls to make him a shoo-in for the Player-of-the Match award and give his Hurricanes teammates a memorable farewell gift before he flies out next week to be part of the West Indies squad to play Afghanistan in a one-off Test in the northern Indian city of Lucknow.

His knock transformed the complexion of the Hurricanes innings, after he arrived at the crease with them wobbling on 88 for four in the 21st over. 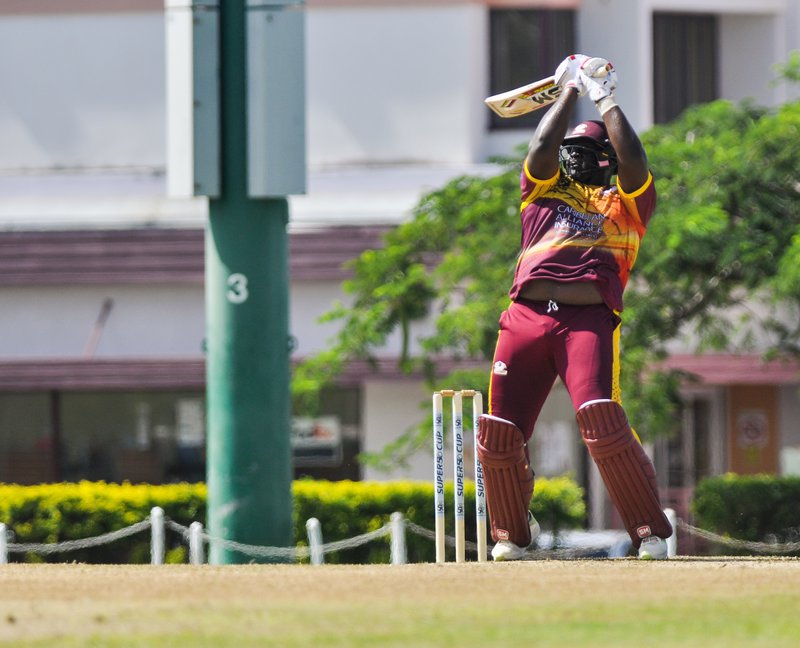 Cornwall shared a few small partnerships with Akeem Saunders, his captain Jahmar Hamilton and Terance Warde before he and Jeremiah Louis added 72 in a dynamic eighth wicket stand that paved the way for the Hurricanes to reach 257 all out from their 50 overs, after they chose to bat.

In reply, Canada never looked threatening and were bowled out for 187 in 42.4 overs to give the Hurricanes their second successive victory, keeping them firmly entrenched at the top of the Group “A” table.

Canada captain Kanwarpal Tathgur hit top score of 48 for his side and three others got starts without carrying on – Nitish Kumar made 27, while tail-ender Shahid Ahmadzai and opener Rahmankhan Pathan got 26 apiece.

Pacer Sheno Berridge was the pick of the Hurricanes bowlers, grabbing 4-35 from his allotted 10 overs, while left-arm spinner Jason Campbell, Cornwall and Louis bagged two scalps each.

Louis formalised the result, when he had Ahmadzai caught at backward point from a skier.

Group “A” matches continues on Saturday with another day/night contest, a big territorial rivalry between Barbados Pride and Combined Campuses & Colleges Marooners at Warner Park which will be webcast “live” on the CWI website, www.windiescricket.com and the Windies Cricket You Tube channel.

Group “B” play resumes with hosts Trinidad & Tobago Red Force facing long-time rivals Guyana Jaguars at Queen’s Park Oval in a day/night contest to be televised on ESPN Caribbean, and a few miles due south, the United States make their bow into the tournament against West Indies Emerging Players at the Brian Lara Cricket Academy in another day/night match which will be webcast “live” on the CWI website, www.windiescricket.com and the Windies Cricket You Tube channel.