ST JOHN’S, Antigua – Sri Lanka’s spinners bowled them to a series-leveling victory over the West Indies in the second CG Insurance T20 International on Friday under lights. The result means the three-match series is now level 1-1 – following West Indies win in the opening contest on last Wednesday. 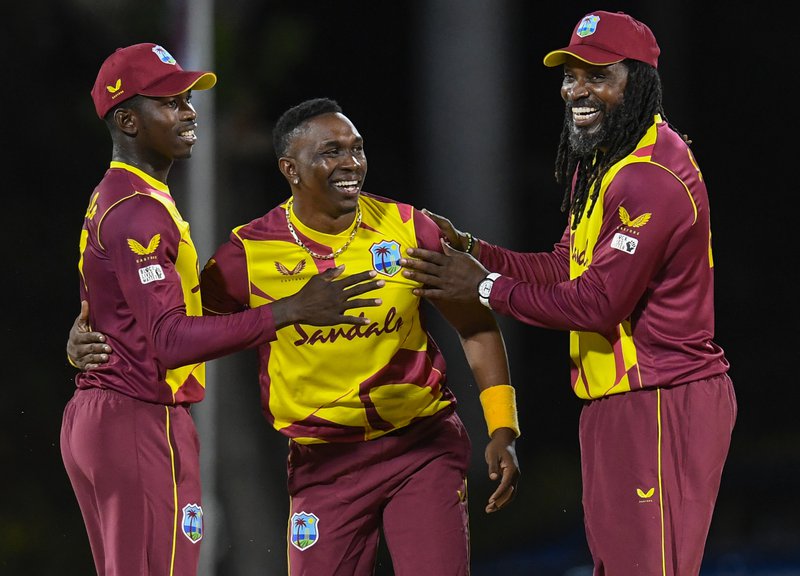 After making 160-6 off their 20 overs, the Sri Lanka slow bowlers took eight wickets, as the World Champions fell for 117 in 18.4 overs. The visitors chose to play four spinners for the must-win contest and they were rewarded for the change in tactics.

Dananjaya, who made history twice in the first match of a series — taking a hat trick and conceding six sixes in one over off the bat of Kieron Pollard — was very effective when he sent down his four overs on the trot in the powerplay, and took 1-13. Left-arm wrist spinner Lakshan Sandakan, who did not play in the opening match, took 3-14 from 3.4 overs – including the big wicket of Pollard for 13.

Leg-spinner Wanindudu Hasaranga was named CG Insurance Man-of-the-Match for his 3-17 from four overs and his unbeaten 19 in Sri Lanka’s innings. He dismissed Lendl Simmons (21), Chris Gayle (16) and Fabian Allen (12). At the end tailender Obed McCoy swung lustily to topscore with 23 off seven balls. 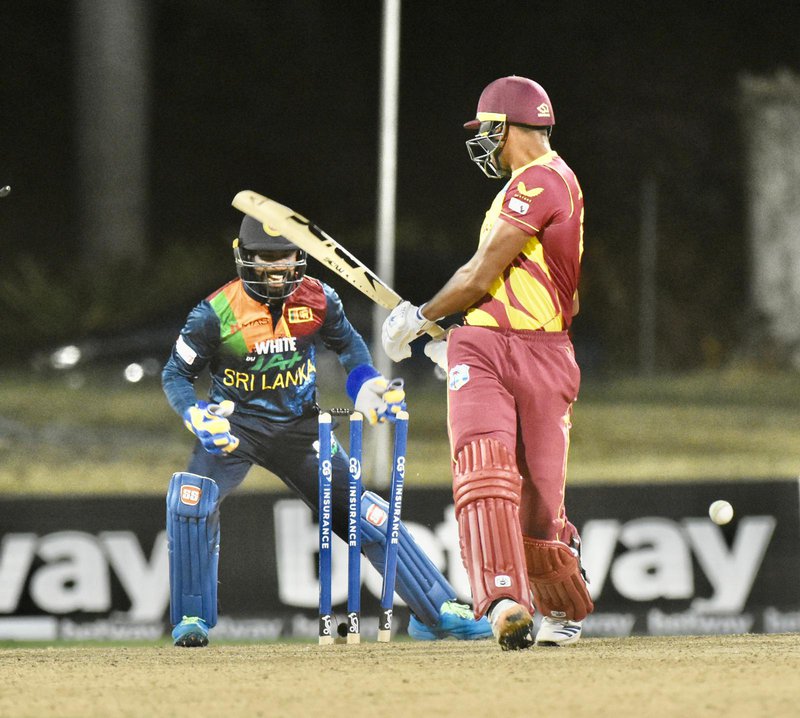 Earlier, veteran seamer Dwayne Bravo snatched two wickets to help limit Sri Lanka after the visitors made a strong start. He claimed 2-25 off his four overs an also effected a run out with a direct hit.

Left-hander Danushka Gunathilaka struck a bold 56 off 42 balls, posting an entertaining 95 for the first wicket with Pathum Nissanka who made 37 from 23 balls. Gunathilaka hit four fours and two sixes while Nissanka counted four fours and a six before becoming the first wicket of the innings – run out by the alert Bravo at the non-striker’s end going for a quick single in the 11th over.

How good was this run out from the Champion DJ?? Bullseye!🏹 #WIvSL #MenInMaroon

With one run added in the same over, Gunathilaka also perished, guiding a well disguised slower ball into Kevin Sinclair’s hands at cover, to give Bravo his first wicket Thereafter, Sri Lanka lost wickets steadily as the innings fell away and only Ashen Bandara with 21 off 19 balls managed to reach 20.