In one of the most amazing counter-attacking displays ever seen, West Indies captain Kieron Pollard created history – as he smashed six sixes in an over. He took control in an eventful six balls from spinner Akila Dananjaya, who himself had created history the over before with a sensational hat-trick.

Pollard hit four of the sixes into the onside and the other two maximums went straight over the bowler’s head – one into the sightscreen and the other onto the perimeter fence. After the last one sailed over deep wicket the powerfully-built six-footer took a bow to the applauds of his teammates. Pollard became the first West Indian to hit six sixes in an over. The other occasion was by India’s Yuvraj Singh against England in the 2007 T20 World Cup. 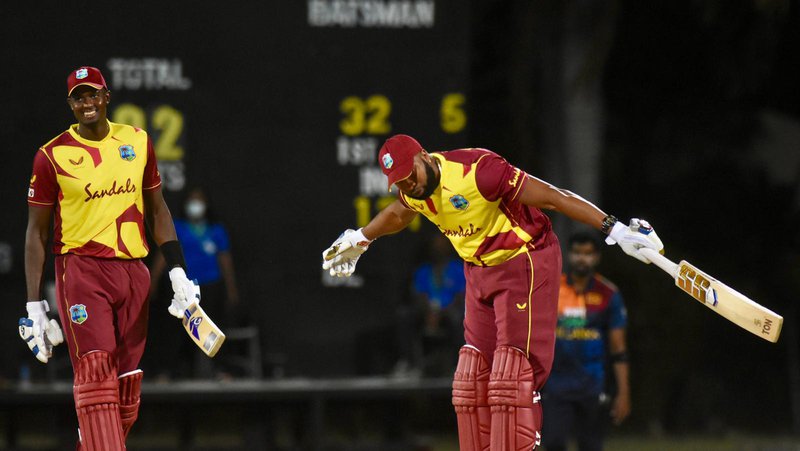 Pollard made 38 off 11 balls as West Indies reached 134-6 off 13.1 overs in reply to Sri Lanka’s 131-9 off their 20 overs. Left-arm seamer Obed McCoy showed great control and used his slower balls and cutters well to be the best bowler with 2-25 off his four overs.

"I just had to come out and back myself. It was something the team needed. I didn’t see the hat trick, I only heard. But I still had to come out and do what the team required at that point in time. After the third six I felt it was possible. I went for it and it paid off. In the space of those six balls we made a huge statement,” Pollard said. “I thought the objective was to win and we did that. There are a couple things to iron out and we will take the win and have discussions on how we can improve.”

Dananjaya had a night of mixed fortunes — he was hit for a seventh consecutive six by Jason Holder in his next over after Pollard’s onslaught and also had two catches dropped from his bowling.

At one stage West Indies seemed likely to reach their target with ease when Evin Lewis hit the last three balls of the first over from Angelo Mathews for sixes. But Dananjaya’s hat-trick saw the home side slip from 52-0 to 52-3, losing Lewis, Chris Gayle and Nicholas Pooran.

Pollard’s heroics in the sixth over lifted the West Indies from 62-4 on the dismissal of Lendl Simmons to 92-4 and again had the home side coasting to victory. Jason Holder played well for 29 not out and fittingly finished the job with a towering six.

This was the first T20 International to be played at the Coolidge Cricket Ground and before the match the West Indies tool the knee in support of the Black Lives Matter movement.