Rahkeem Cornwall and Jomel Warrican shared nine wickets as they got fully acclimatized to the unfamiliar conditions at the Ekana International Cricket Stadium ahead of the one-off Test match against Afghanistan. The spinners were supremely accurate and unrelenting on the second day of the three-day match as they dismissed the Afghanistan Cricket Board XI for 158 – a lead of 10 on first innings after the visitors were bowled out for 168 on the opening day.

This was Cornwall’s first bowl at this level outside the Caribbean and the off-spinner took 4-54. He looked menacing throughout his spell and got generous turn and bounce as he delivers the ball from nearly seven feet high. Together with Warrican, he will present West Indies with potent weapons going into the Test which starts on November 27. 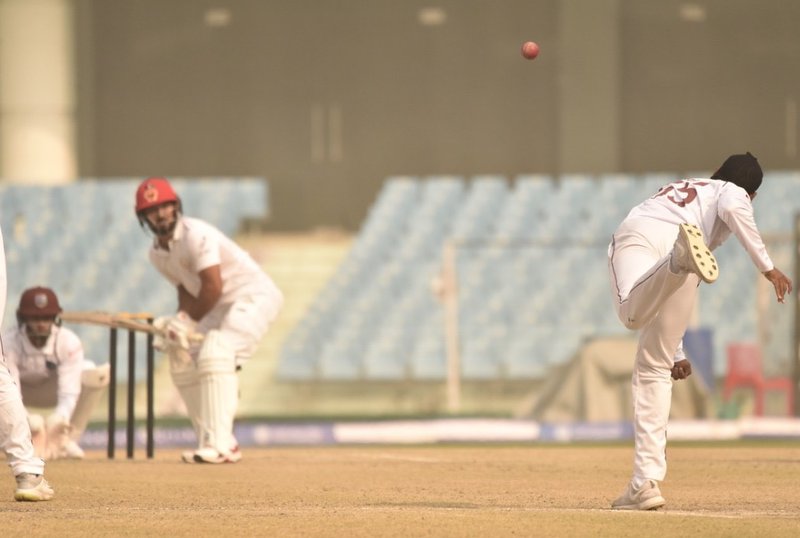 Warrican, the wily left-arm spinner again demonstrated immaculate control to record the superb figures of 5-38 off 23.1 overs. His fifth wicket was the highlight of the day – which came through a tremendous low catch by Cornwall at first slip to end the innings 20 minutes after lunch.

Speaking to CWI Media at the ground after the day’s play Warrican expressed great satisfaction with his performance and indicated he is eagerly looking forward to the Test match. It will be the first between West Indies and Afghanistan and also the first at the neutral venue in the city of Lucknow.

“We had a plan to bowl them out under our total, so we were very clear in our minds what had to be done out there today, especially in the morning session. They started at three wickets down for about 50 runs, so we were playing with just over 100 runs … things had to be very tight,” the 27-year-old said.

“The pitch helped us as spinners, but as the ball got older it got softer, so you had to very disciplined and be patience. I did that today and that brought me the five wickets. You had to vary your pace and work with what was available. I thought I did that really well and I believe I’m in the right frame of mind for when the Test starts next week.”

In the second innings the West Indies lost opener Kraigg Brathwaite early, caught by the keeper low down in front first slips. John Campbell then played well but fell for 17 adjudged trapped in front. The left-hander added 39 for the second wicket with Sunil Ambris, who dominated the bowling with a stroke-filled 66 off 69 balls.

Promoted to bat at Number 3, Ambris made the most of the opportunity and smashed seven fours and a sensational straight six which easily cleared the 75-metre boundary at long-off by about 20 metres. 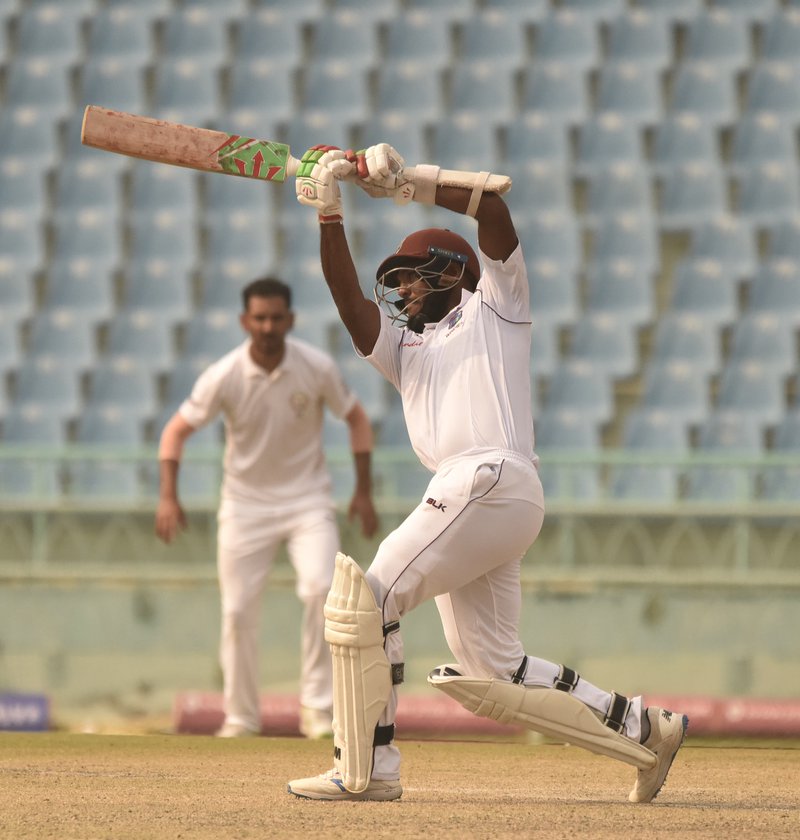 Roston Chase, the Man-of-the-Series in the ODIs, continued his solid form with a 57 off 110 balls, which spanned two-hours and 20 minutes either side of the tea interval. He joined Ambris with the score at 40-2 and they added 76 in just 17 overs with a number of breathtaking shots both side of the wicket

The match concludes on Friday at 9:30am (12 midnight Thursday Eastern Caribbean/11pm Wednesday Jamaica).