News
/
press release
/
Sir Richie recalls the magic of ‘94; England 46 all out in Trinidad

Sir Richie recalls the magic of ‘94; England 46 all out in Trinidad

March 30, 1994, will go down as one of those great and memorable days in West Indies cricket history.

Queen’s Park Oval swelled with West Indian pride and joy, as fast bowling heroes, Curtly Ambrose and Courtney Walsh, bowled the Caribbean side to one the most amazing wins!

Ambrose took 6-24 and Walsh had 3-19, as well as a run out, to spark celebrations and the series win, which kept the prestigious Wisden Trophy in the Caribbean.

Richie Richardson, captain of the side, remembered the historic match. He said it was one of his best days wearing maroon cap.

“It was a miracle! It was 25 years ago, and I can still clearly remember the fourth afternoon when the miracle started,” he said.

“…and so it started, with a run out by the great, legendary Courtney Walsh, who we know was not one of the greatest fielders in the world, but he was fielding at fine leg and that inspired the team even more. Then Curtly Ambrose finished the job with a bowling display, second to none! It was the greatest display of fast bowling I have ever seen. It was a touching moment, we were in a position we could lose, but I had a group of men with me who believed in themselves and who believed in me, and we stuck to the plan.”

Ambrose had earlier grabbed 5-60 off 29 overs in the first innings and was virtually unplayable in the second innings and ended the match with 11 wickets for 84 runs. He was the obvious choice for Player-of-the-Match. 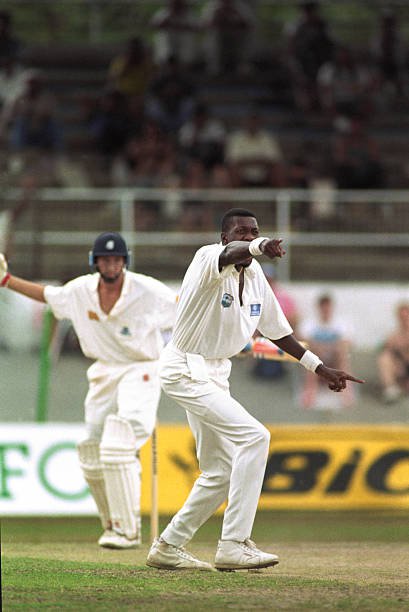 “I’m still very proud of what we achieved on that day and all West Indian fans all around the world will remember that great day and that great performance by our fast bowlers, those two amazing heroes of the game, Curtly Ambrose and Courtney Walsh,” Richardson said.