Cricket icon Sir Garfield Sobers was the special guest as the Barbados Pride celebrated their capture of the Cricket West Indies four-day first-class title. In a luncheon at Kensington Oval, Sir Garfield presented the Headley/Weekes trophy to captain Kraigg Brathwaite as the Pride players and team officials were showered with praise.

The Headley/Weekes trophy is named in honour of batting icons and pioneers George Headley and Sir Everton Weekes. Barbados Pride were awarded the title after eight rounds of matches because of the COVID-19 outbreak. They had accumulated 134.8 points and were well clear of nearest rivals.

In accepting the trophy, Brathwaite dedicated the triumph in memory of Sir Everton, who passed away earlier this year at age 95. He was a dedicated supporter of the team and attended matches during the season. 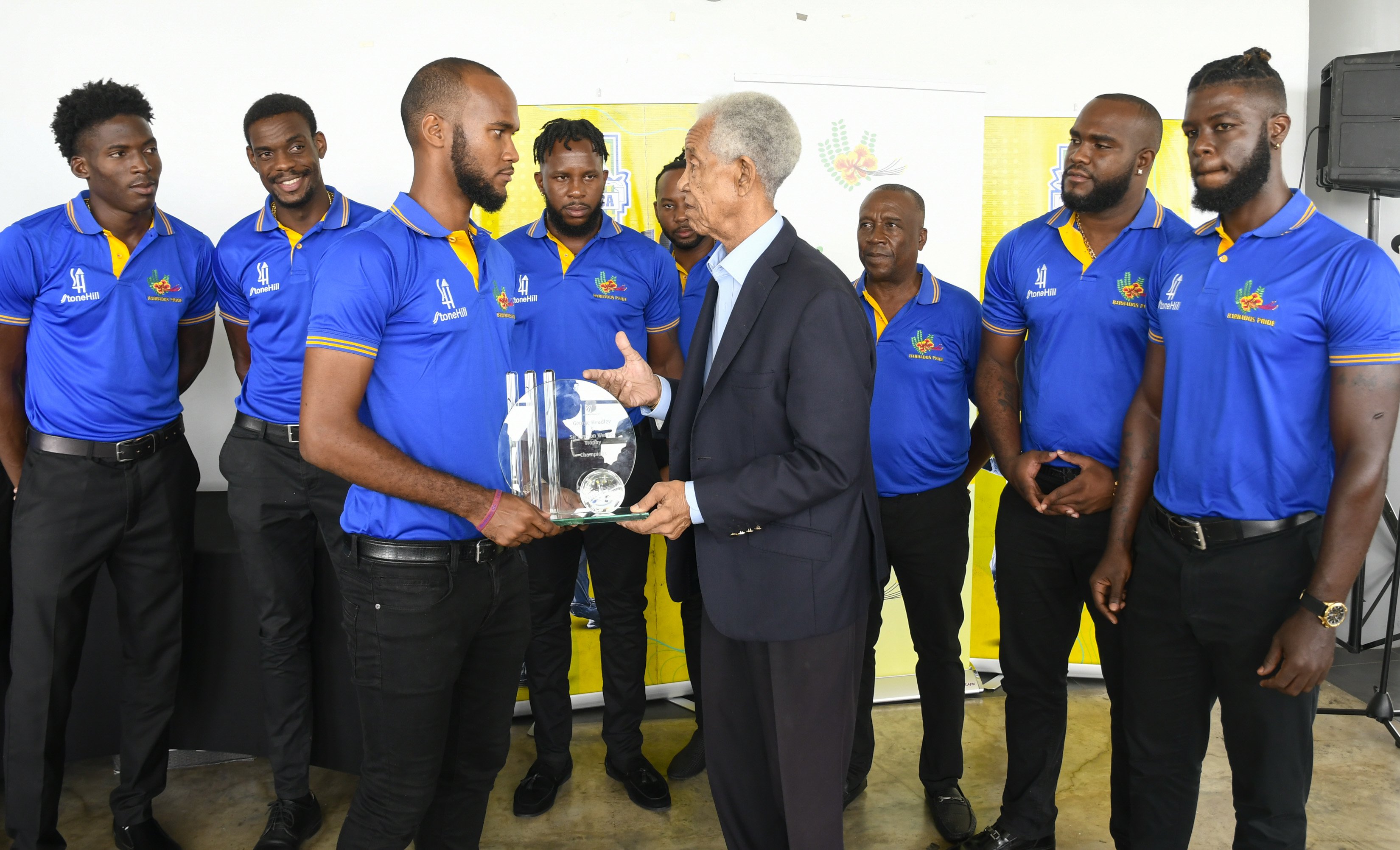 “Sir Everton was one of our biggest supporters and it was always great to see him at the matches when we played here at Kensington Oval. He would always have a kind word of encouragement and as a team we want to dedicate this victory to him. It is also really good that Sir Garry is here to join as we remember Sir Everton,” Brathwaite said. “The senior guys really led from the front, even if it was not by performance, there were all in and I really appreciated that as the leader of the team.”