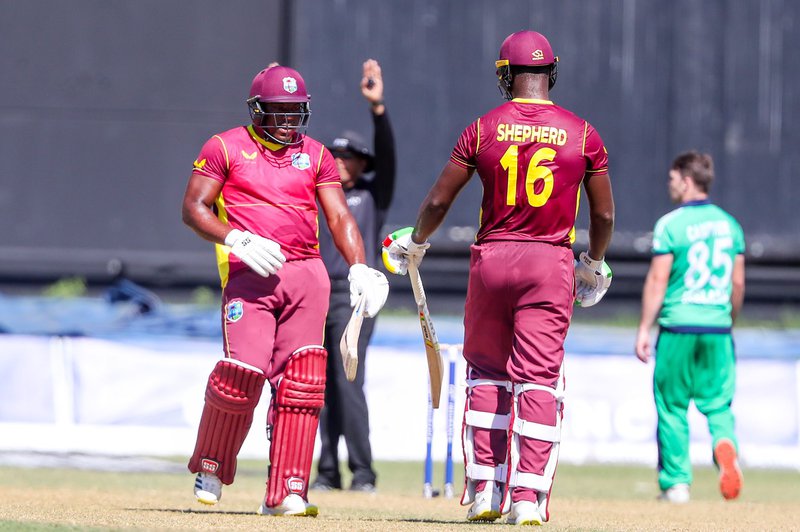 Romario Shepherd stood tall with his maiden One-Day International half century, but the West Indies fell to Ireland on Thursday, as the CG Insurance Series resumed. Shepherd combined with fellow lower-order batsman Odean Smith to lift the West Indies innings but Ireland’s overall supremacy on the day saw them record victory on the Duckworth Lewis Stern method in the rain affected match.

The result has now left the three-match rubber even 1-1. This has set up a grand finale in the third and final match slated for the same venue on Sunday. First ball is 9:30am (10:30am East Caribbean).

Ireland reached their revised target of 168 for the loss of five wickets with 20 balls to spare – after West Indies had initially scored 229. They were rescued by key innings from the calm Shepherd who made 50 off 41 balls with seven boundaries, and the powerful Smith with 46 off just 19 balls with two fours and five towering sixes.

The pair combined to register a shot-filled 58-run ninth-wicket stand in just 4.3 overs to aid West Indies in crossing the 200 mark and provide the bowlers a target to defend. Shepherd’s innings made him the seventh West Indian batsman to reach 50 batting at Number 9. Smith’s score was the highest by a Number 10 batsman at Sabina Park.

Speaking after the match Shepherd said:  “When I went in there were a lot of overs remaining so the job was to stay there to the end of the innings. When Odean came in he took a lot of weight off me with the way he played. My innings was a supporting role to him. This is a start for me and a foundation but I want to be able to repeat this kind of performance in the other matches upcoming as well.” 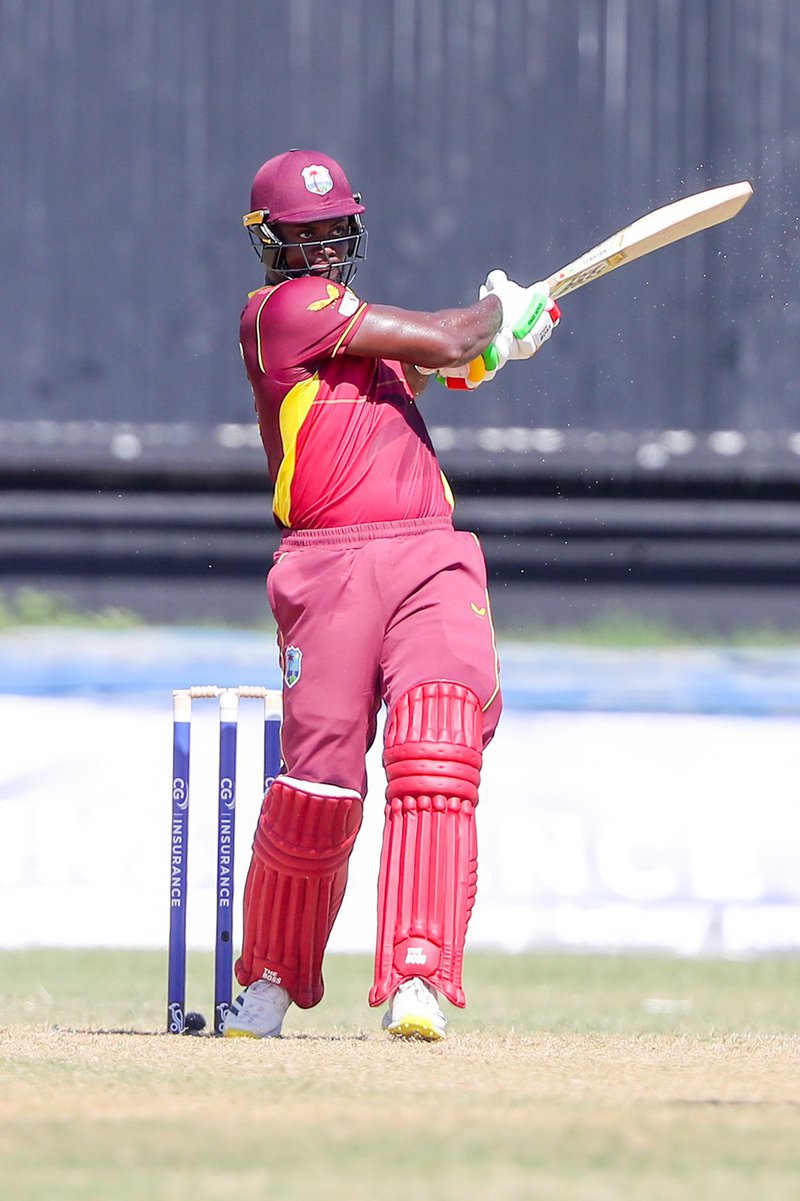 Earlier, West Indies slumped to 93-5 in the 27th over with medium-pacer Craig Young (8-1-42-3) getting top order wickets of Shai Hope (17), Justin Greaves (10) and Nicholas Pooran (1). However, the key moment of this phase occurred when off-spinner Andy McBrine (10-2-36-4), got the wickets of Roston Chase and Kieron Pollard in consecutive deliveries.

Shamarh Brooks made 43 off 64 balls with five silky smooth boundaries but when he was dismissed leg-before after calling on the decision review system, to left-arm spinner George Dockrell, the West Indies slipped further to 111-7 in the 34th over.

In reply, however, Ireland were guided by Harry Tector’s unbeaten 54 off 75 balls, the right-hander completing his second successive half-century of the series with four fours and a six. Rain forced a near 1-½ hour long delay at 157-4 in the 32nd over and when play resumed, the revised target of 168 from 36 overs left Ireland requiring only 11 runs from 28 balls, and they overhauled their target with Dockrell (5) the only casualty.

The visitors were then given a decent start by William Porterfield (26) who put on 37 for the first wicket with Stirling (21). But it was Tector who put Ireland ahead of the run chase by anchoring two key stands, posting 44 for the third wicket with McBrine (35) before adding a further 53 for the fourth wicket with Curtis Campher (12).

“The win means a lot. We’re delighted with the way the lads responded, coming from a tough loss the other day,” said stand-in captain Paul Stirling. “To come and put a performance in like this after the sort of off-field activities that have gone on, we’re delighted to get the win.”