PALLEKELE, Sri Lanka – An explosive 40 not out from Andre Russell hastened West Indies to a seven-wicket win in the second Twenty20 International over Sri Lanka on Friday, to sweep their two-match series.

Russell smote six sixes in only 14 balls that put a successful chase of 156 beyond doubt for the Caribbean side in the final match of the series at the Pallekele International Cricket Stadium. 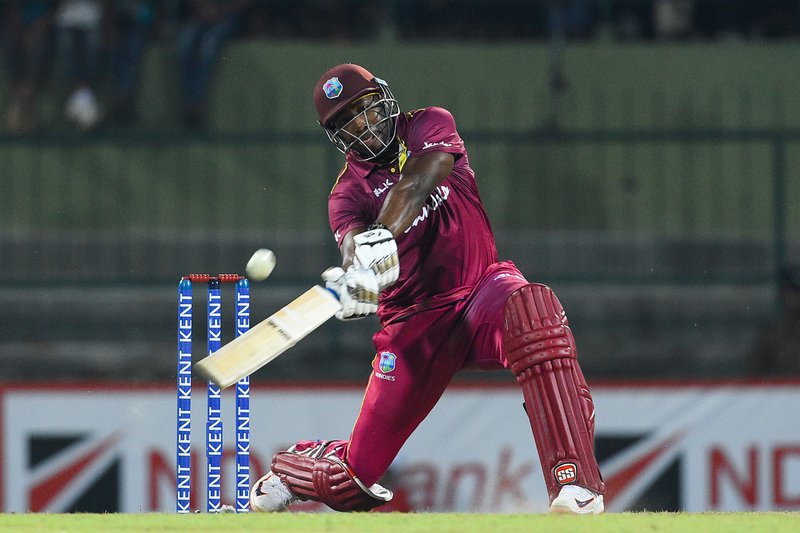 A workmanlike 43 not out from Shimron Hetmyer was the top score for West Indies and Brandon King hit a career-best 43 to lay the groundwork, but it was Russell with his almighty hitting that swung the game decisively for the visitors.

Russell formalised the result with 18 balls remaining, when he smashed a short ball from Angelo Matthews deep into the crowd at mid-wicket for six.

The result followed a 25-run victory for the Caribbean in the first T20I two days ago at the same venue and gave Kieron Pollard his first T20I series victory since replacing Carlos Brathwaite in the post of captain last September. 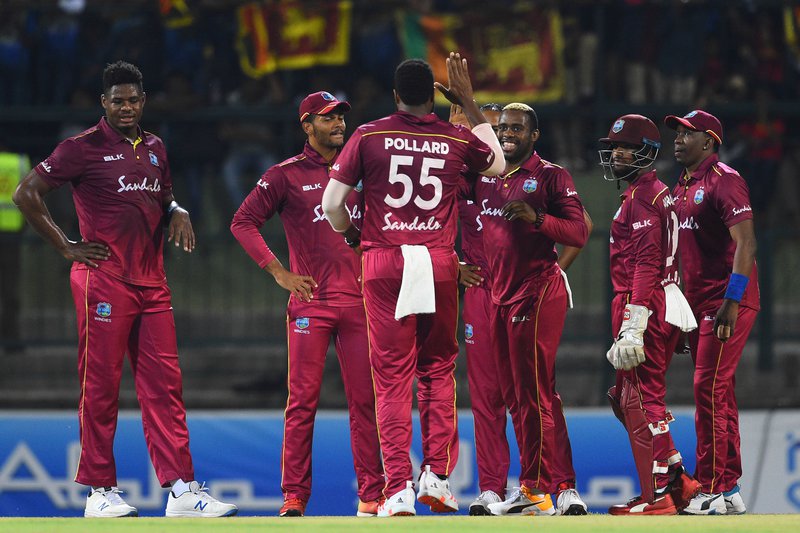 The Caribbean side bowled tightly up front and restricted the Sri Lankans to 109 for six in the 17th over, after the home team was put into bat.

The visitors bowled with such discipline that no sixes had been struck until the penultimate over, when Perera swung Russell over long-on and Shanaka followed up with a second six over mid-wicket off Dwayne Bravo to take the Sri Lankans past 150. 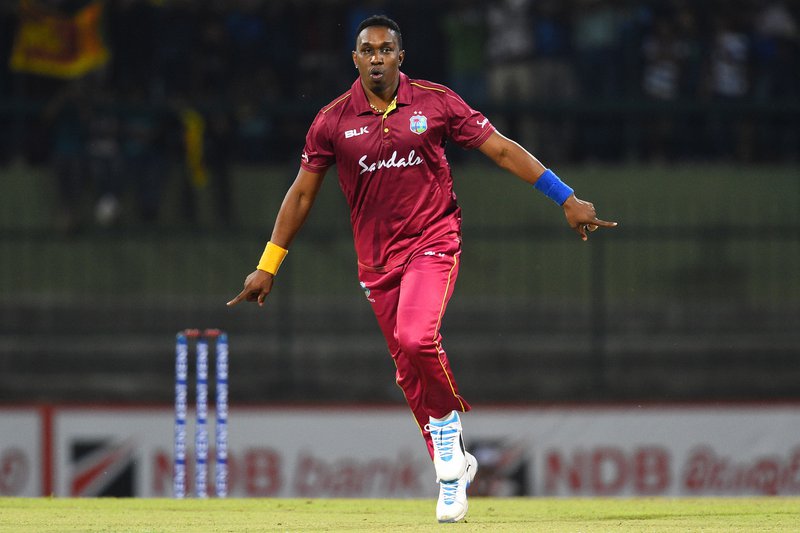 Shanaka led the way for the Sri Lankans with 31 not out, Angelo Matthews made 23 and Perera 21 not out. Fabian Allen was the most successful West Indies bowler with 2-24 from his allotted four overs.

West Indies were set back early in the chase, when Lendl Simmons was bowled for nine in the third over, essaying a slog/sweep at a slower delivery from Angelo Matthews.

King played freely and propelled West Indies to 61 for one at the close of the Power Play overs with successive sixes off Lasith Malinga in the final over of fielding restrictions, striking the Sri Lanka captain straight and over wide long-on.

Hetmyer followed up with a six over mid-wicket off the first delivery from left-arm chinaman spinner Lakshan Sandakan in the next over to keep the momentum going, but King was caught at mid-off for 43 off Lahiru Kumara from a miscued pull at a short, rising delivery.

West Indies needed 69 from 60 balls at the halfway stage and Hetmyer brought up 100, when he swung Shanaka to the wide long-on boundary for his second boundary. 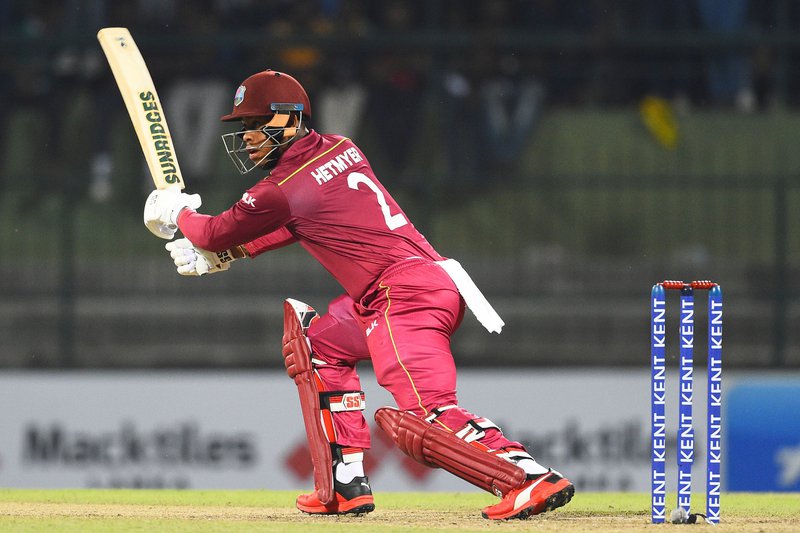 Rovman Powell defied being struck on the helmet by his first ball from Kumara to keep things moving forward before he was caught on the deep square leg boundary for 17 off Shanaka with 53 needed from 44 balls.

A boundary to Hetmyer off the first ball and sixes to Russell off the last two deliveries of the 14th over from Kumara that cost 19 firmly tilted the balance of power in West Indies’ favour and they never relented.

Earlier, Oshane Thomas made the breakthrough for West Indies in the third over, when he bowled opener Avishka Fernando for nine, but Sri Lanka prevailed to reach 44 for one at the close of the Power Play overs.

The Caribbean side took a grip on the match, when Fabian Allen struck twice in his second over, the first of a second spell, to remove Shehan Jayasuriya and Kusal Perera and the Sri Lankans stumbled to 48 for three in the seventh over. 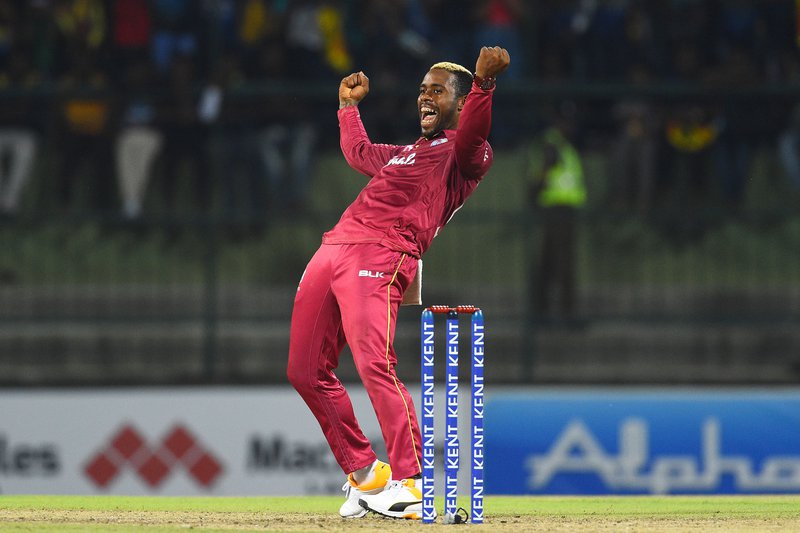 West Indies managed to restrict their hosts to 75 for three at the halfway stage and wickets to Dwayne Bravo and left-arm pacer Sheldon Cottrell either side of Allen’s run out of Angelo Matthews for 23 with a direct hit put them squarely on top before the Sri Lankans fought back in the closing overs.