A century from Guyanese batsmen Rampertab Ramnauth and a half century and Shamar Yearwood were the star performances of day one of the third round of matches in the West Indies Rising Stars U19 Championship presented by WINLOTT Inc. Scoreboards here: https://windiescricketdomestic.com/

Playing at Arnos Vale: Jamaica, currently third in the standings with 21 points and Guyana fourth with 19.8 points, entered this third-round encounter seeking to push up the standings for the first and second placed positions ahead of the final round. After Jamaica won the toss and sent Guyana into bat, the Guyanese openers got a solid start before Tonnani Ceasar (19) was dismissed with the score on 49 in the 16th over. 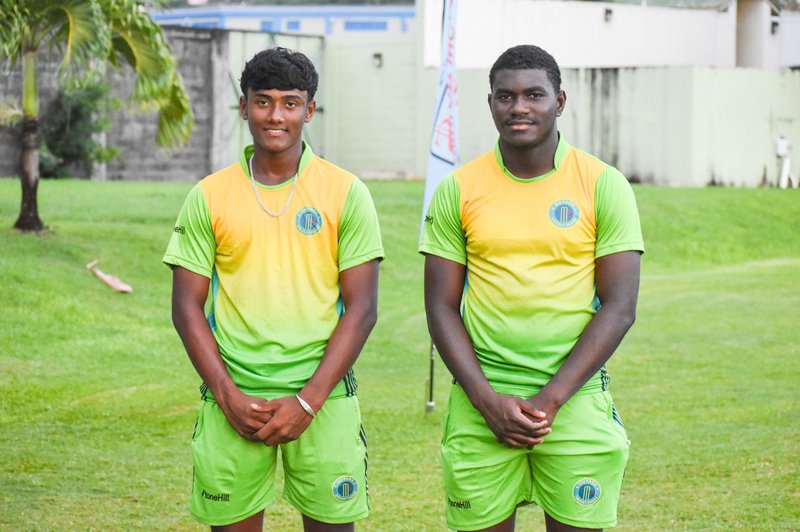 However, Ramnauth with 107 (170 balls, 11x4, 2x6) controlled and steadied the Guyanese innings putting the Guyanaese a strong batting position. He shared in a crucial 114 run third wicket stand with Shamar Yearwood before he was dismissed with the score on 195 in the 54th over. Rain interrupted play initially and action was extended until 6pm. After the tea interval the Jamaicans got two quick wickets on resumption, as Guyana slipped from 195/3 to 225/5 in the 76th ove, en route to the young Guyanese ending the days play on 281-6 in 89 overs. 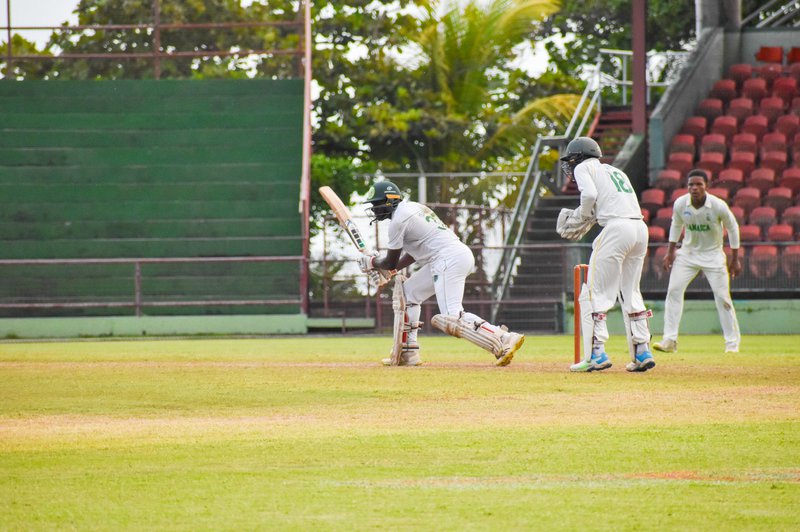 The left-handed Yearwood whose unbeaten knock of 86 (194 balls, 7x4) quickly resurrected control of Guyana’s innings sharing in a 51-run sixth wicket alliance with Alvin Mohabhir (19). The highlight of Yearwood’s unbeaten knock so far was in the 78th over when smashed four boundaries off medium pace bowler Justin Walters. Left-arm spinner Alex Hinds with economical figures of (25-7-53-3) was the pick of the Jamaican bowlers.

Playing At Park Hill: A fighting half century from Windwards opener Stephan Pascal 52 (65 balls, 5x4, 2x6) and a patient innings by middle order batter Kirk Murray of 43 (132 balls,4x4), could not prevent the Windward Islands from being routed for 152 runs in 62 overs by Barbados.

The Bajans, who are currently the competition table leaders ended the day on 11-0. They did not let the regular rain intervals affect them as a complete team bowling performance in utilizing bowling friendly conditions combined to skittle the Windward Islands batters.

Playing at Cumberland: Trinidad & Tobago entered this third round needing a strong performance to move up in the points standings. However, on the rain interrupted day it was second placed Leeward Islands in a game watched by Leeward Islands Cricket Board (LICB) president and CWI Director Enoch Lewis who have taken early advantage. After winning the toss and sending Trinidad into bat, they restricted the young side to 122-5 after 62 tight overs of bowling.

Trinidad opener Nick Ramlal, currently unbeaten on in his fighting innings so far of 37 (190 balls, 2x4) epitomized the run scoring difficulty on the truncated days play. He stood tall as Trinidad & Tobago initially slumped to 53-4 in the 23rd over and then played second fiddle to the more aggressive Andrew Rambarran 44 (110 balls, 6x4) in a crucial 69 run fifth wicket partnership.