Classy Bishop makes his mark before rain has final say 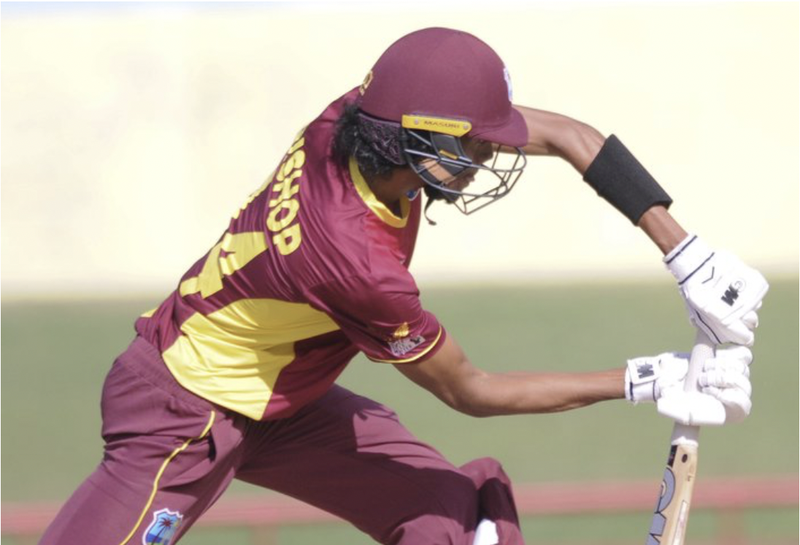 Classy Bishop makes his mark before rain has final say

Rain forced a no-result in the decisive final List A 50 over match, bringing a end to a compelling three-match series between West Indies A Team and Bangladesh A Team at the Daren Sammy Cricket Ground on Saturday.

Teddy Bishop top-scored with 60 and Tagenarine Chanderpaul got 43, knocks which propelled West Indies A to 238-9 off their 50 overs. In reply, Bangladesh A recovered from 7-2 in the second over to reach 61-3 in the 16th over before the showers arrived to end the match prematurely.

Choosing to bat first, West Indies A were handed a strong start by Chanderpaul who struck three fours and a six in a 59-ball knock, to engineer a 67-run, opening stand with captain Joshua Da Silva (23).

When both fell in the space of 23 deliveries with 13 runs added, Bishop took charge of the innings in a 74-run, third wicket partnership with Justin Greaves, whose 36 came from 54 balls and included three fours.

Bishop, who faced 83 balls and counted four fours, put on a further 29 for the fourth wicket with Tevin Imlach (14) before things fell apart. A quick fall of wickets began with Imlach’s run out in the 41st over and saw the hosts lose six wickets for 42 runs.

Fast bowler Shermon Lewis (2-18) then put West Indies A in command, knocking over Mohammad Naim (3) and Saif Hassan (2) cheaply in the second over of the run chase.

Soumya Sarkar was leading the visitors’ fightback with an unbeaten 30 from 42 balls before the rains ended the contest.

The series finished in 1-1 draw, the hosts having won the opener by four wickets and lost the second game by 44 runs.