ST. JOHN’S, Antigua – The interim Junior Selection Panel of Cricket West Indies (CWI) announced on Wednesday, a 14-member West Indies Under-15 squad for a Tour of England to take part in a series of matches sponsored by the Barmy Army.

The selection panel, comprising all of the head coaches of the teams that participated in this year’s West Indies Under-15 Championship as well as CWI high performance coach Graeme West, has recommended that left-arm spinners Andrew Rambarran and Nathan Sealy be appointed co-captains for the trip.

“The panel has identified Nathan and Andrew as two potential leaders and that they should be given the opportunity to share the captaincy during the period of the tour,” said West.

“When one is captain, the other will be vice-captain. Both young men have led their respective sides during the recent West Indies Under-15 Championship and were impressive.”

It’s the fourth straight year that CWI has invested in sending an Under-15 side to England to play in the Barmy Army sponsored series.

“Selection for the West Indies Under-15s is a significant step on the development pathway to representing the West Indies at the elite level. This tour gives these players a great opportunity and experience as a squad to develop their skills in different cricket conditions but also to develop their teamwork and build camaraderie with new teammates,” said West.

“It’s also an important part of CWI’s ongoing development & investment plans for youth cricket at every age group, especially since some of this group are likely to be wearing the maroon shirt more and more as they aim to progress through to Under 17 and Under 19 level.”

The squad will play a series of matches against local opposition on the trip culminating in a match against England’s Barmy Army Under-15 Colts on the 18th August. 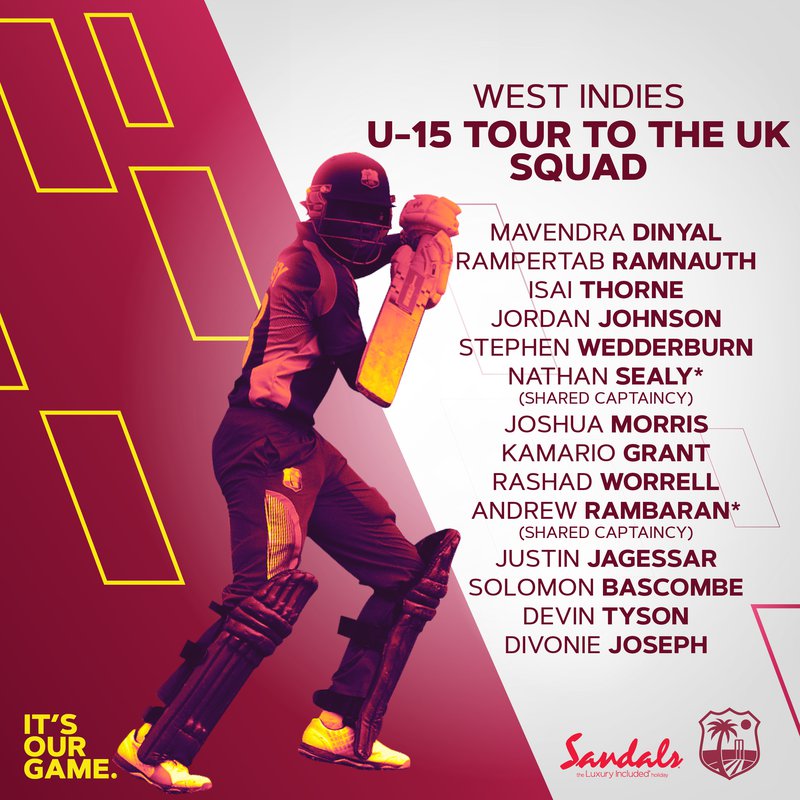 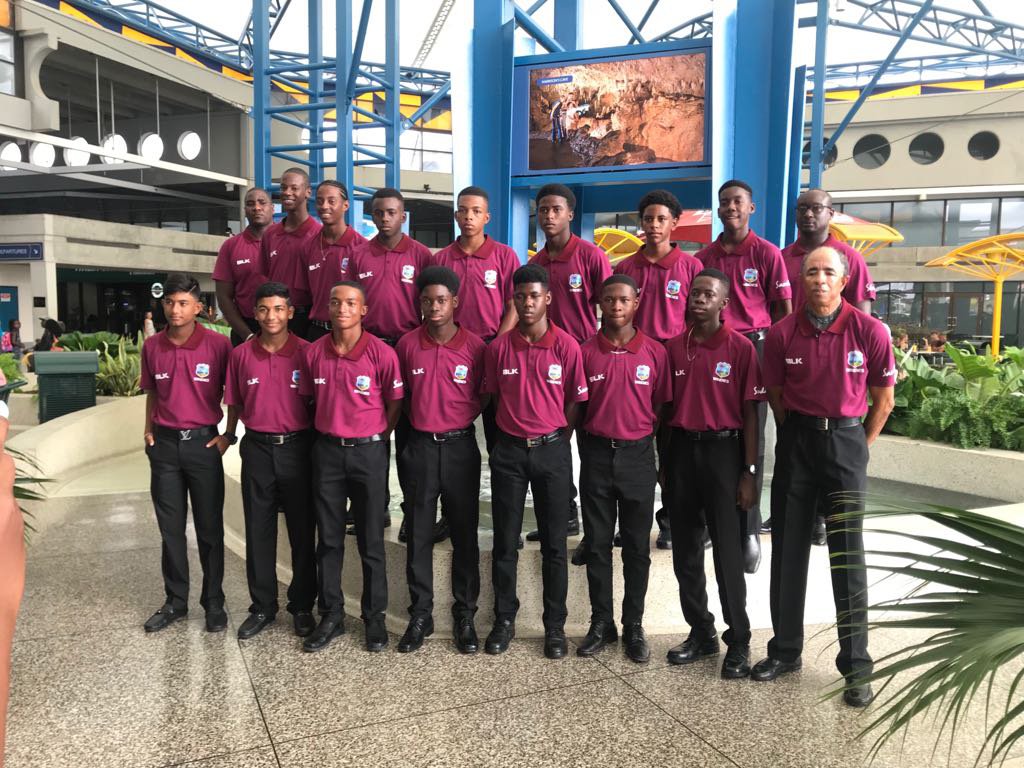