The first ton of Round 3️⃣. @officialkpowell brought up a classy 139 on Day 1 of #WIChamps.👏🏿 pic.twitter.com/L9Mjn7YEJq

Opening batsman Kieran Powell and fast bowler Marquino Mindley starred on the opening day as the West Indies Championship resumed with the first day of the third round of matches on Wednesday.

The left-handed Powell made his eighth first class hundred as Leeward Islands Hurricanes powered their way to 308-7 against Trinidad and Tobago Red Force at the Diego Martin Sporting Complex. he dominated Red Force’s attack which included Test pacers Shannon Gabriel and Jayden Seales, the latter of whom finished with 2-25 from a disciplined 13-over spell. 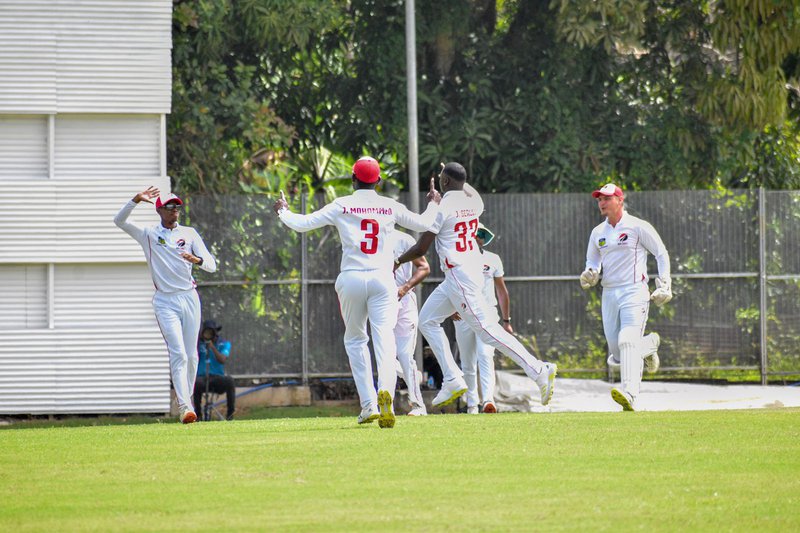 Altogether, Powell faced 211 balls and struck 17 fours and two sixes. Amir Jagoo chipped in with 58 while Keacy Carty got 31 and Terrance Warde 26. 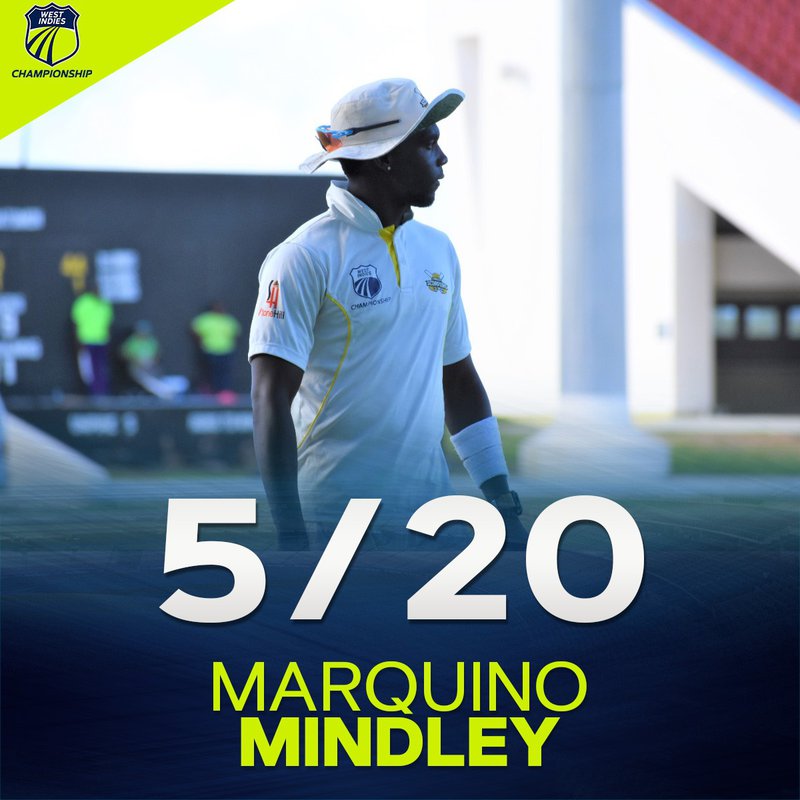 Mindley grabbed 5-20 destroy the Windward Islands Volcanoes after they were asked to bat first. Fellow pacer Nicholson Gordon supported well with 4-43 as he got the new ball to swing. Keron Cottoy top-scored with 50 off 108 balls with eight fours while captain Kavem Hodge got 23 but no other batsman passed 20 as Volcanoes lost wickets steadily. Jamaica Scorpions will resume Thursday morning on 118-4 and are poised to take first innings lead over Windward Islands Volcanoes who made 137. 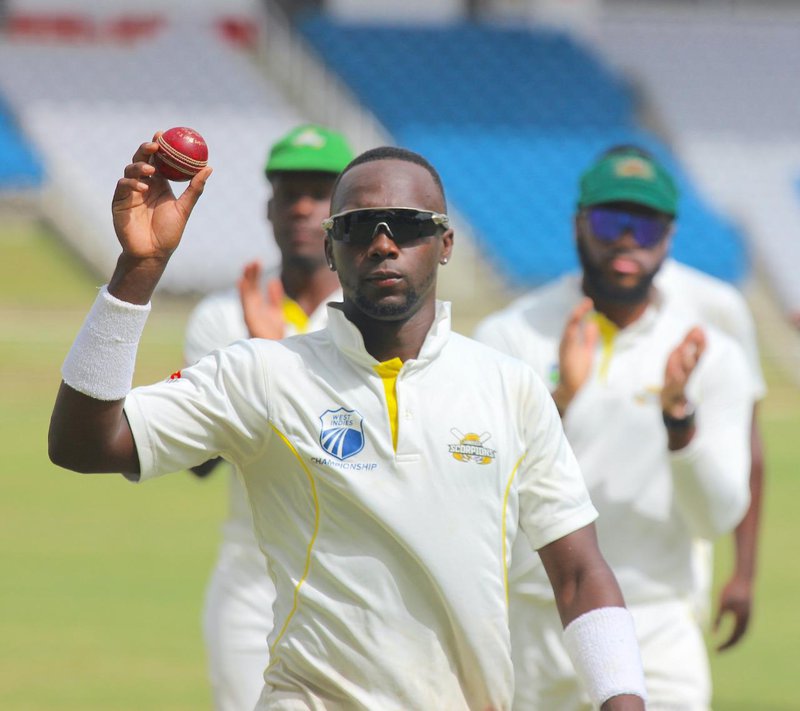 In reply, opener John Campbell struck a fluent 48 from 50 balls with seven fours and a six, in a 71-run opening stand with Leroy Lugg who made 36 while adding a further 35 for the second wicket with Jermaine Blackwood (26). However, Blackwood was one of three wickets to tumble for just 12 runs towards the end as left-arm pacer Preston McSween (2-38) struck twice in successive overs, also claiming the wicket of Nkrumah Bonner for just two. 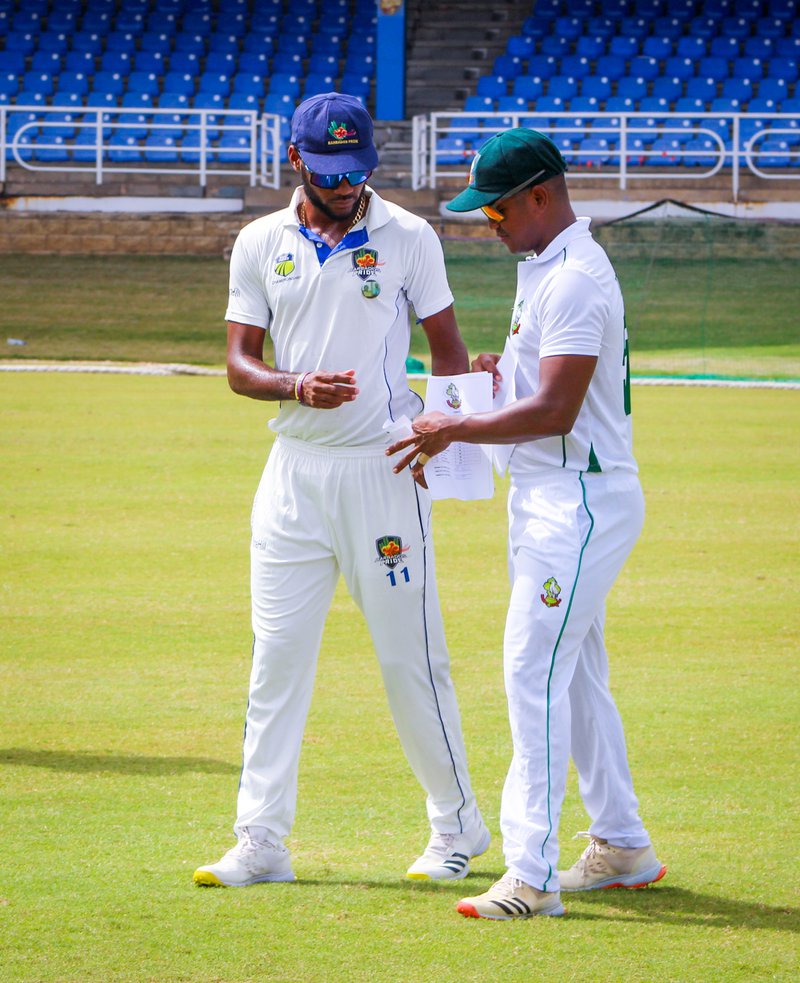 Crucially, he forged stands of 94 for the second wicket with Imlach and 58 for the third with Johnson, as Guyana recovered from the early loss of Chandrepaul Hemraj in the fifth over – caught at the wicket off left-arm seamer Raymon Reifer.Imlach counted seven fours off 147 balls before he was second out, caught at second slip by Shamarh Brooks defending off the back foot to pacer Ackeem Jordan, who has so far taken 2-50 on his first-class debut.