Diego Martin on the map as a top-class sporting facility 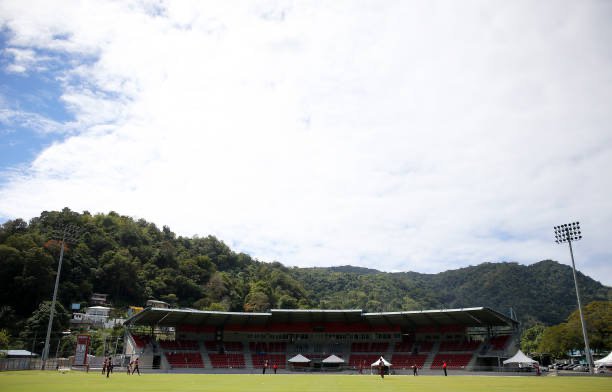 Diego Martin on the map as a top-class sporting facility

The venue had earlier this year staged matches in the ICC Men’s Under-19 Cricket World Cup and with its quality facilities has now been chosen to be part of the regional four-day itinerary. On hand to mark the occasion was Colm Imbert, Minister of Finance in Trinidad & Tobago and parliamentary representative for the area.

Minister Imbert lauded the organisers for their foresight and vision to use the complex for matches of this significance.

“This is a world class first-class facility and this is why I’m here. I’m so happy to be here with distinguished cricketers and personalities and I’m so happy to have a match this calibre. The sky is the limit.”

“Diego Martin is a community ground and we are very happy that Cricket West Indies has granted first-class status to the ground…. We are looking forward to the first game being played down there and we know everything will be in place on Wednesday morning to start. Nothing is needed to be done to the venue. The venue is in perfect condition.”

The TTCB is hosting the last three rounds of the West Indies Championship. The other venues are the historic Queen’s Park Oval in the capitol Port of Spain, and the Brian Lara Cricket Academy in the south of the island.