That is how West Indies Women’s new ball bowler Shakera Selman described her career after an impressive performance in the first T20 International against England on Monday night at the Derby County Ground. The experienced seam bowler secured 3-26 from her four overs under lights – the second-best figures of her career – following the 3-24 against New Zealand at Intercargil in March, 2014.

With a career spanning 12 years, Shakera notes that an improvement in her patience, and working extra hard on mental skills to bolster her confidence has led to a resurgence in her international career.

She said: “I think I am actually peaking now at this later stage… I’m really happy with the returns and the hardwork is finally paying off.” 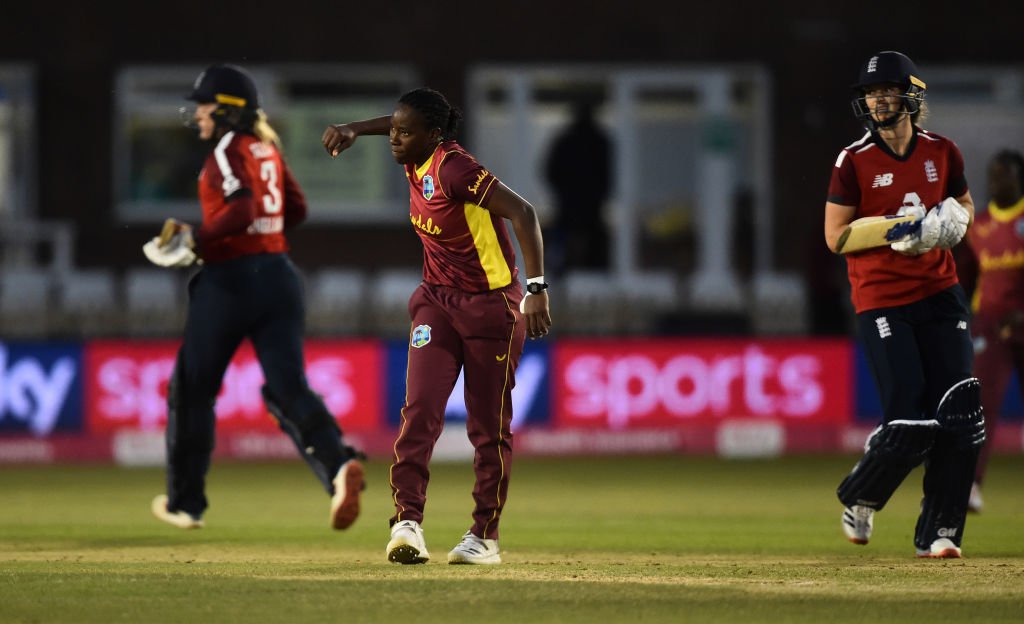 Additionally, increasing her discipline in exercise regimes, and maintaining appropriate nutrition have played a very important part in her continued success.

Her teammates who over the years have become her second family, have been her support throughout her career both on and off the field. The bond they share has helped Shakera remain positive throughout many injuries that took her out of the game for long periods. That bond is evident when you see their interactions during matches or downtime on tour.

Ever the all-rounded individual, Shakera also has one eye on life after playing cricket. Equipped with a Bachelor of Arts Degree in Linguistics from the University of the West Indies and a Level 2 Coaching certificate, she admitted in having a hard time moving away from cricket. Additionally, she recently completed a certificate in Sports Broadcasting which she admitted seems a more enticing option as a post-playing career.

“I think I’m leaning towards coaching, but I’ve just completed a sports broadcasting course… I’m at least hoping to get into sport commentary of some sort. But honestly anything I can do to help the women’s game especially in the Caribbean I am willing to do.”

Regardless of what Shakera ventures into at the end of career, her focus remains on the present, representing the West Indies Women in this second coming of her career. The five-match T20I Series against England Women continues on Wednesday night with the second match at the same venue. England lead 1-0 after victory by 47 runs in the opening match.

Watch This! LIVE on ESPN Caribbean