There’s a lot of talk, when the West Indies tour England. A lot of chat about Pace Like Fire, Blackwash, Curtly and Courtney. Nostalgia soars, as the tales of the ‘70s legends are told once more, the rhetoric all of speed and ferocity of the Caribbean quicks. It’s a reference point for any discussion about West Indies seamers, the extent to which they do or don’t fit in this tradition.

“A comeback for Caribbean pace”.

“A return to the glory days.”

There’s nothing wrong with all that. Excellence of the past is still excellence, as deserving of praise and celebration as anything we see today. Tradition is worth something.

But it isn’t worth everything. When it comes to Caribbean quick bowling Jason Holder stands to one side of this tradition. In the last decade, the only West Indies ‘quick’ to be slower than Holder is the other great leader of their recent era, Darren Sammy. Holder resists comparisons with that tradition by going in his own direction, taking his own path. Forming his own history. 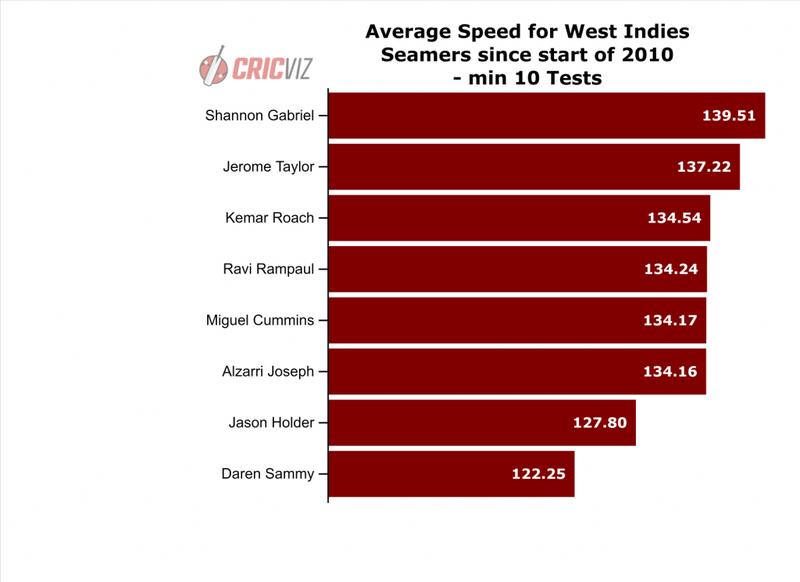 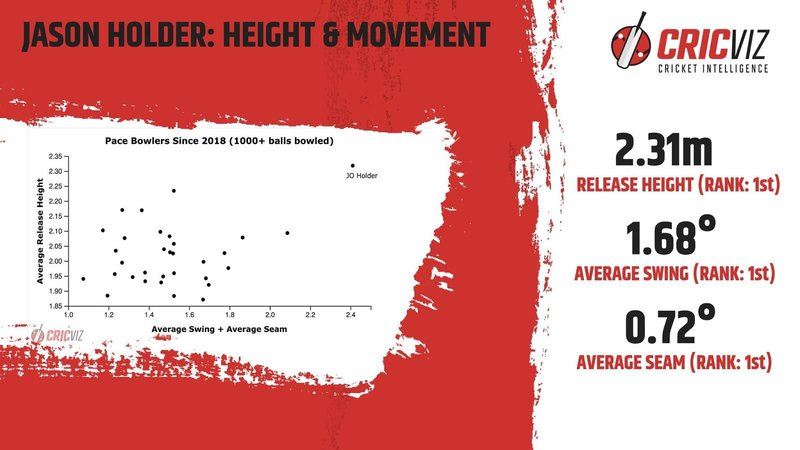 All that movement, all that angle, has been used with devastating effectiveness. Holder averages less than any other bowler in the world since the start of 2018. The best bowler in the world, by the oldest metric, isn’t Cummins, or Hazlewood, or Bumrah, or Anderson. It’s Jason Omar Holder. 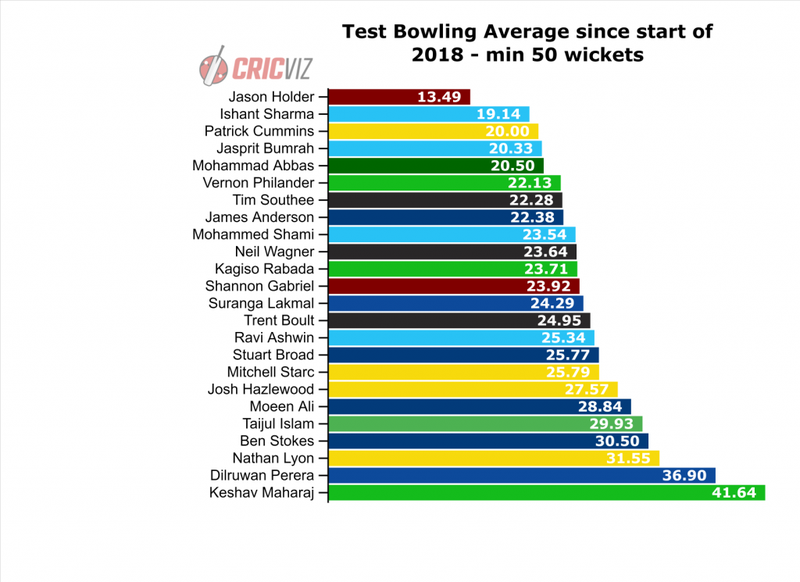 In this game, Holder had his eye on conditions, as he cheekily alluded to at stumps – “It was always my plan to bowl first” was his sly admission to Ian Ward. He knew that in these odd circumstances, batsmen so deprived of practice and form, that getting a side in under cloudy skies was a chance for early inroads. Holder may only be 28, but he’s been playing Test cricket for six years, and the experience acquired in that time is invaluable.

You can see it in his play. Holder bowled beautifully on Day 2 of this Test, an unassuming scythe through the English order. It was a day for accuracy, and Holder understood that – almost as well as those who’ve made a career from intuiting these conditions. 47% of Holder’s deliveries were on a good length today, a figure only beaten by James Anderson. If you’re second to Jimmy when it comes to accuracy, you are winning the race in real terms. When you’re beating him in terms of swing – Holder 1.4°, Anderson 1.1° – you are winning it outright.

Holder’s rise has attracted a few theories, as you would expect. One, that has caught hold, is the idea that Holder has bowled fuller. That’s the typical – and natural – suggestion when a bowler suddenly starts taking a lot of bowled and LBW wickets, but in actual fact his length has stayed broadly the same. In reality though, he hasn’t bowled fuller. His length has stayed almost exactly the same. 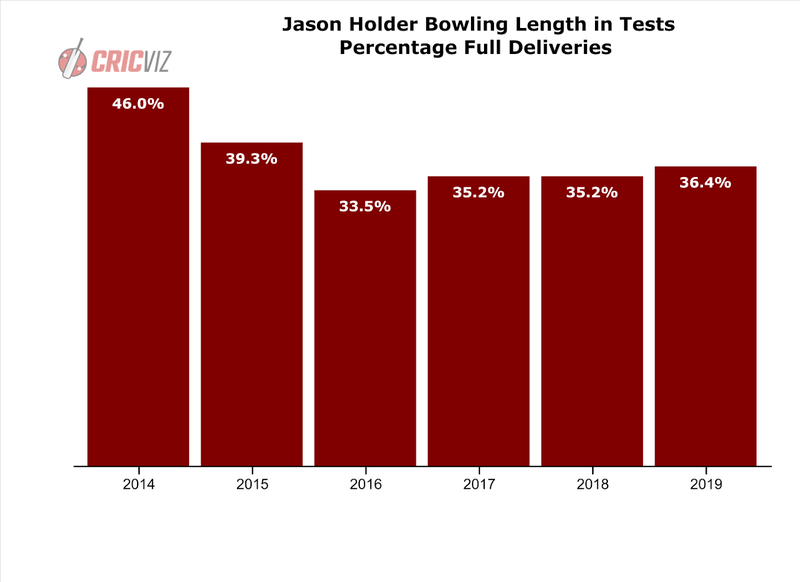 Rather than a simple shift up towards the batsmen, Holder’s mastered more subtle skills; perhaps an improved wrist position or a slight technical change in approach which has allowed him to find that extra bit of movement. There have been tweaks to his approach, coming wide of the crease, for one. “Using the angles at the point of delivery”, is how Holder referred to it on Sky during an end of day interview. In the last two years, Holder has started coming to the extreme left of the crease against right-handers almost twice an over – before then, it was less than once an over.

It’s a thinking, considered approach which we saw in the dismissal of England’s captain. Ben Stokes had begun to walk towards Holder’s bowling, advancing down the track in the manner he has done 139 times in the last few years, disrupting length and rhythm. Rather than be cowed by Stokes’ assertive strategy – as many similarly skillful bowlers would have been – Holder adapted. He shifted his length fuller, pitching up 66% of the time. If you come at me, I’ll come at you.

It worked, and it won the the day for the Windes. Stokes squirmed round a ball at his toes, getting into a confused position and rewarding Holder’s ambition. It may not have been a hooping outswinger clipping the top of off, but it spoke to the bowler Holder has become. An intelligent, skillful master of his craft.

There are plenty of other reasons to admire Jason Holder. His comments on the Black Lives Matter movement, his willingness and eagerness to discuss the issue in public whenever he is prompted, and sometimes when he is not, speak to a man confident in what he stands for, and sure of who he is. Holder is a man who, throughout his career, has been thrown unusual challenges.

Captaining the West Indies at 23; leading a Test team through a period of profound internal unrest; standing tall as the figurehead of a side during one of the largest civil rights protests of the modern era. He’s rarely been a man to shirk a challenge.

Today in Southampton was no different. He and his side have been in England for a month and a bit, planning their Ageas assault. The way today planned out shouldn’t have been a surprise. Rather, it should be a testament to the attack that Holder, and the West Indies as a whole, have built in the past seasons. An attack they have been grooving, quietly, while eyes have been slightly distracted by the sepia.

Don’t call it a comeback. They’ve been here for years.