News
/
Special Feature
/
MAYERS FOCUSED ON BEING THE COMPLETE ALL-ROUNDER

MAYERS FOCUSED ON BEING THE COMPLETE ALL-ROUNDER

Mayers has been very good with the bat this year since his recovery from injury. He was among the leading batsmen for the 2020 Champions, Barbados Pride, in the four-day first-class tournament. 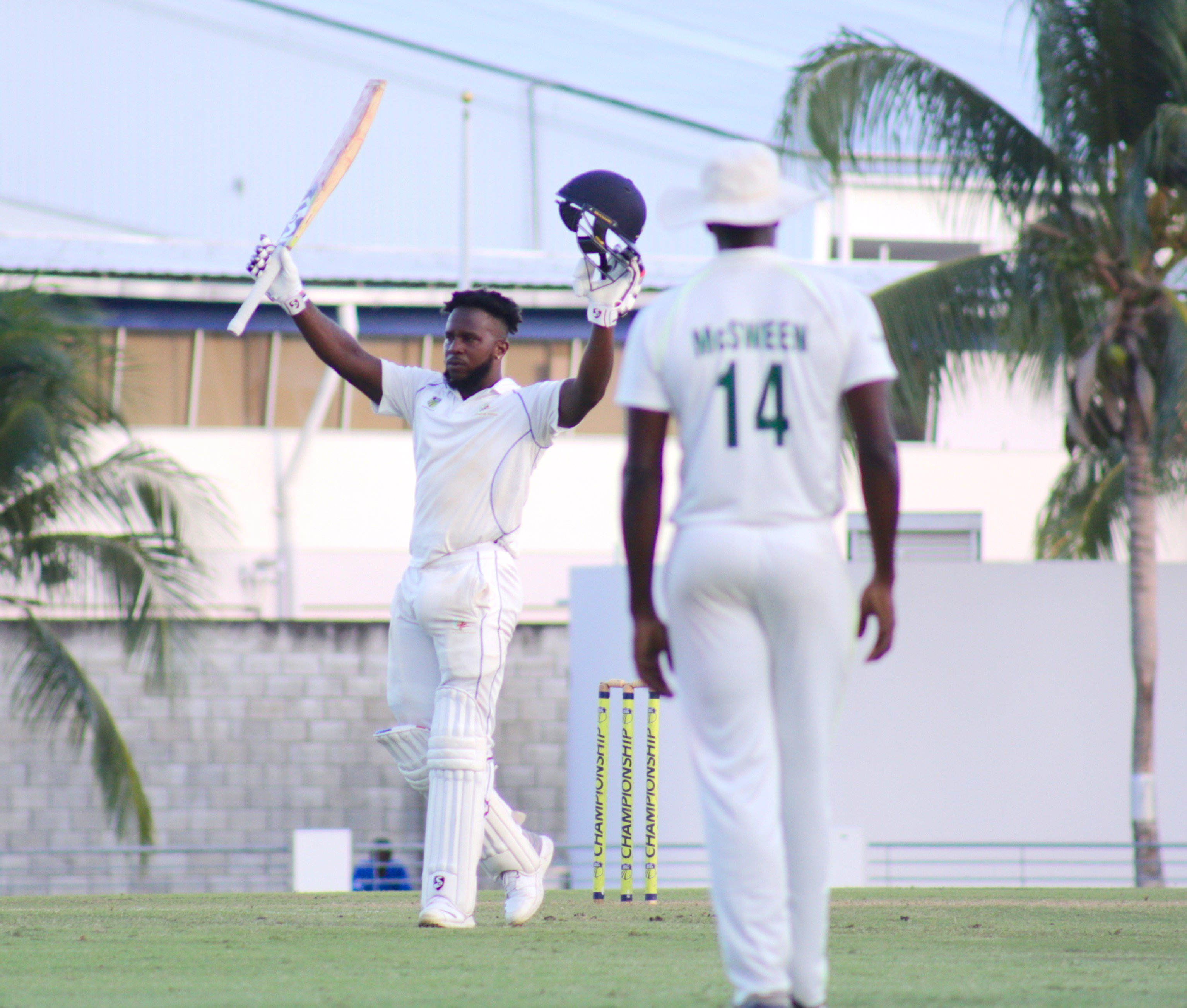 He also performed well as a reserve on the Test tour of England in July and then showed significant growth for the Barbados Tridents in the 2020 Caribbean Premier League Twenty20 tournament.

“It feels great to get my first West Indies call up. Obviously as a child growing up the dream was always to represent the West Indies and play international cricket. Now that I have an opportunity, I really feel grateful and thankful that the recent hard work I put in is now paying off”, Mayers told CWI Media.

“Being given the opportunity to play as a batsman was definitely one of the main reasons (for improvement in 2020). Also I put a lot of emphasis on my preparation, in previous years I was probably a little laid back in that area and took it lightly. I thought also believing in myself was crucial and being positive all the time. Try to put extra pressure on myself to do repeat performances in order to be more consistent.”

The 28-year-old bats left-handed and bowls a brisk right-arm medium-pace. He plays for Carlton Cricket in Barbados the home club of the great Desmond Haynes. Mayers started 2020 playing a key role with the bat as Barbados Pride dethroned Guyana Jaguars to win the West Indies championship. He then repeated that form with bat during the warm-up games during the England tour and finally during the CPL with Barbados Pride opening the bowling and batting in the top-order.

“Mayers’s performances have been very encouraging in 2020. With the bat the consistency has been there more so than what I recall when I saw him in CPL when I was coaching Amazon Warriors.

As an all-rounder, his batting has been solid and if he can bowl more and be effective, it will make him more marketable as a player. He is definitely a player you tend to keep an eye on and look forward to seeing him progressing”, West Indies Lead Selector Roger Harper said to CWI Media.

How satisfied have you been with your personal performances in 2020 in PCL, England tour reserves and CPL

Personally the performances were great for me after coming back into cricket at the start of the four-day season after a year out with injury. So to get an opportunity to play as a batsman for Barbados pride and perform was very satisfying.

The biggest thing I take from being in England and Trinidad regarding areas of improving myself is the ability to adapt as fast as possible as a professional, in order to hit the ground running and maintain high level performances during a tour.

Throughout this year you have scored a lot more runs than in previous years. What have you been working that you believe has helped you be more consistent with the bat

Being given the opportunity to play as a batsman was definitely one of the main reasons. Also I put a lot of emphasis on my preparation, in previous years I was probably a little laid back in that area and took it lightly. I thought also believing in myself was crucial and being positive all the time. Try to put extra pressure on myself to do repeat performances in order to be more consistent.

Both players were a joy to watch, but really and truly my inspiration came from Test cricket on the whole. Being so close to the action and seeing what it was all about was very inspiring for me. Obviously watching Jason performing considering he was someone I played cricket with all my life was inspiring. Ben Stokes attitude towards the game is splendid and that is something I’m aiming to take from his game for sure.

Although the Tridents didn’t defend the title, you were given big responsibility of batting in top-order and opening bowling. Are those roles you would want to repeat in future T20 tournaments and teams

The role I was given for Barbados Trident I was very satisfied and comfortable with. It is definitely one I want to play for the rest of my career across the respective formats. I enjoy batting in the top order and bowling with the new ball.

You have experienced playing cricket in both the England and Trinidad bubbles. If cricket globally has to regularly do this as the global pandemic continues, how would prepare in future for it and what advice would you give the players who haven’t experienced it yet

The mental part of it (playing cricket in bubbles) is the most important part. For me not being able to leave hotels in both countries was very difficult, so one has to walk with stuff to help keep you company to relax away from cricket. Some people like video games, some are into music – all in an effort to keep your head in the right place.