Matthews leads from the front as Bajans stun Pakistan 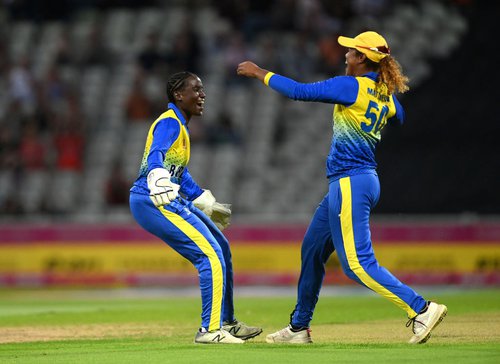 Playing their first Women’s T20I at the historic Edgbaston, the Bajans coasted to 144-4 off their 20 overs with the left-handed Kycia Knight striking a brisk unbeaten 62 off 56 balls and captain Matthews, made 51 off 50 balls.

In reply, Nida Dar struck a valiant unbeaten 50 off 31 balls but she lacked support and Pakistan Women came up short at 129-6.

Featuring seven West Indies players in their ranks, Barbados were always going to be a handful and so they proved, rattling up a strong total to put Pakistan under pressure. They lost Deandra Dottin cheaply for eight in the first over but Knight and Matthews consolidated well in an outstanding second wicket stand worth 107.

Knight, with 64 T20 Internationals behind her name, hit nine fours while Matthews counted four fours and a six.

Barbados Women will play their next match against Australia on Wednesday at 11am (6am Eastern Caribbean/5am Jamaica) at Edgbaston.