MATCH REPORT: West Indies go down by one run in final-over thriller

West Indies came out in the losing end in a nail-biting finish in the third CG Insurance Twenty20 International as they lost by the narrowest of margins on Tuesday. Fast bowler Anrich Nortje and Kagiso Rabada held their nerves in the final two overs to limit the West Indies batsmen. With 15 needed off the final over, the home side came very close – with Fabian Allen hitting the final ball for a six.

Several West Indies batsmen got starts but were unable to carry on. Andre Russell smashed three sixes in 25, while Nicholas Pooran made 27 as they shared a sixth-wicket partnership of 46 in four overs. South Africa’s bowling hero was again Tabraiz Shamsi, the left-arm chinaman specialist, who had brilliant figures of 4-0-13-2, to earn the CG Insurance Player-of-the-Match award. 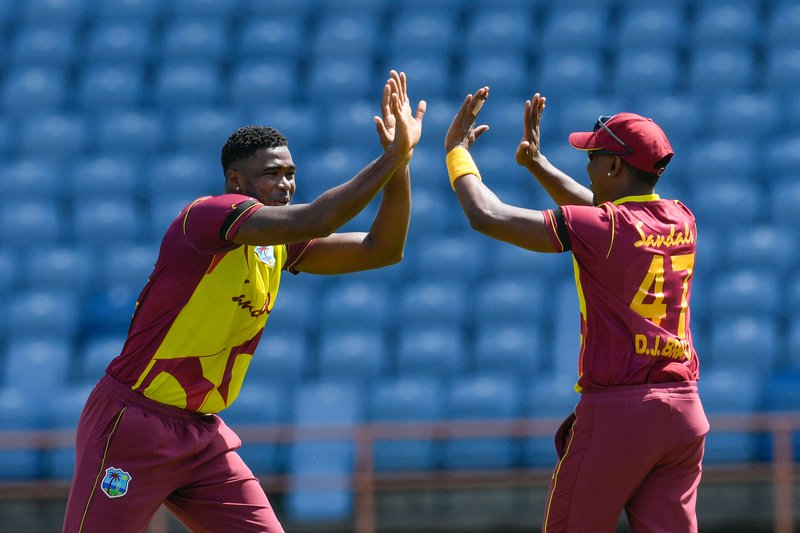 In the first half of the match, West Indies left-arm pacer Obed McCoy continued his hugely impressive run of form, with a number of superb slower balls and cutters. The 24-yearold took career-best figure of 4-22 off four overs – to better the previous best of 3-25 on Sunday. He received excellent support from Dwayne Bravo, who took 3-25 off his four overs. They stemmed the flow of runs as West Indies have now taken 11 wickets during the “death” overs and registered an economy rate of 7.33 during that phase of play. Only once before have the team taken more “death” wickets in a bilateral series – 12 against Ireland at home in January, 2020.

Overall another 14 sixes were hit today, taking the overall total at the ground to 73 from four T20Is – no other venue that has hosted four or more T20Is has a higher average six count.

South Africa now lead the CG Insurance T20I Series 2-1. The two teams will return to the same venue on Thursday for the fourth contest of the five-match series