MATCH REPORT: Edwards announces himself with super five-for in Rising Stars U19 trials

A superb five-wicket burst from Nathan Edwards sent shockwaves through the Red Dragons batting line-up as the Cricket West Indies Rising Stars U19s trials continued on Wednesday afternoon. The left-arm pacer from St Maarten had the impressive figures of 6-2-23-5 as the Dragons were bowled out for 79 off 19.3 overs. This was in reply to 265-7 made by the Yellow Flamingos, who was asked to bat first on a good surface at the Sir Vivian Richards Cricket Ground. 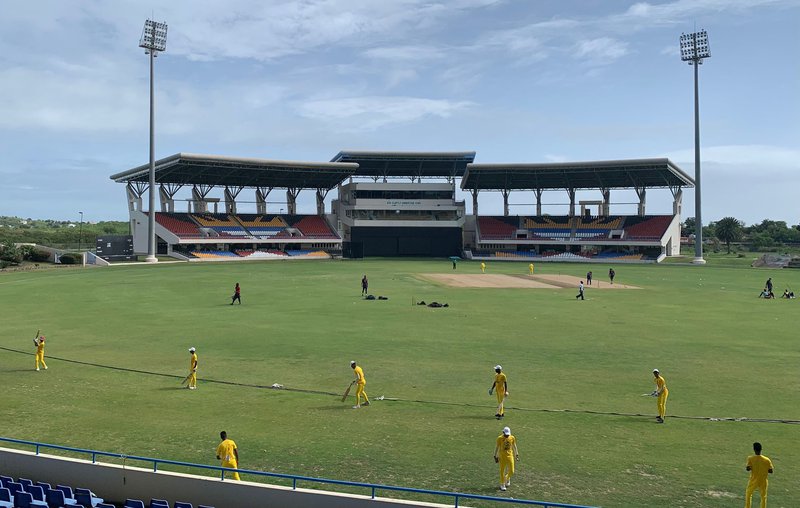 The innings was set up by Anderson Amurdan, who again topscored with 79 off 70 balls with 10 fours and a six, to follow up his unbeaten century in the opening match. He added 136 in 24 overs for the first wicket with left-hander Matthew Nandu, who made a well compiled 65 off 106 balls. 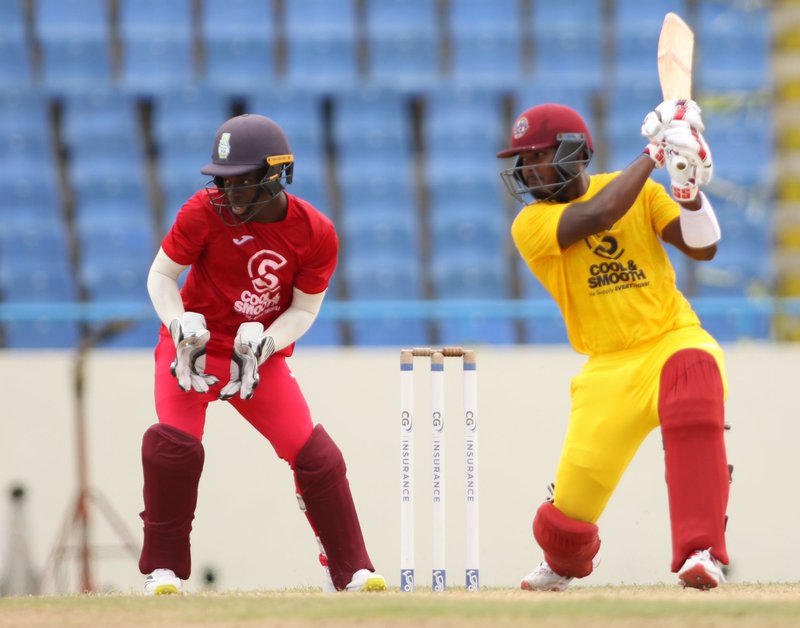 The series will continue on Friday with two matches. Red Dragons return to Sir Vivian Richards Cricket Ground to face Blue Dolphins. First ball is 9:30am (8:30am Jamaica Time). In the other contest, Green Pitons will face Yellow Flamingos at Coolidge Cricket Ground, in a match that will be streamed on www.windiescricket.com and the “Windies Cricket” YouTube channel https://bit.ly/WindiesCricketYouTube. There will also be scores, statistical information and photographs provided on CWI’s social media platforms throughout the day.

The trial matches form part of the West Indies Rising Stars U19s High Performance camp, which is a key part of CWI’s investment in development and preparations for the players for the ICC U19 World Cup to be played in the West Indies early next year.

Following the Rising Stars U19 camp and the trial matches, a squad of eighteen (18) players will be selected for the West Indies Rising Stars U19 tour of England, which will feature six Youth One-Day Internationals at The County Ground, Beckenham and The Polo Farm, Canterbury from Saturday, September 4 to Friday, September 17.