MATCH REPORT: Holder and Seales bowl out Pakistan for 217

Seamer bowlers Jason Holder and Jayden Seales snatched three-wicket hauls to restrict Pakistan to a modest total on the opening day of the first Test, but fast bowler Mohammad Abbas grabbed two wickets in successive deliveries in the day’s penultimate over, on Thursday. 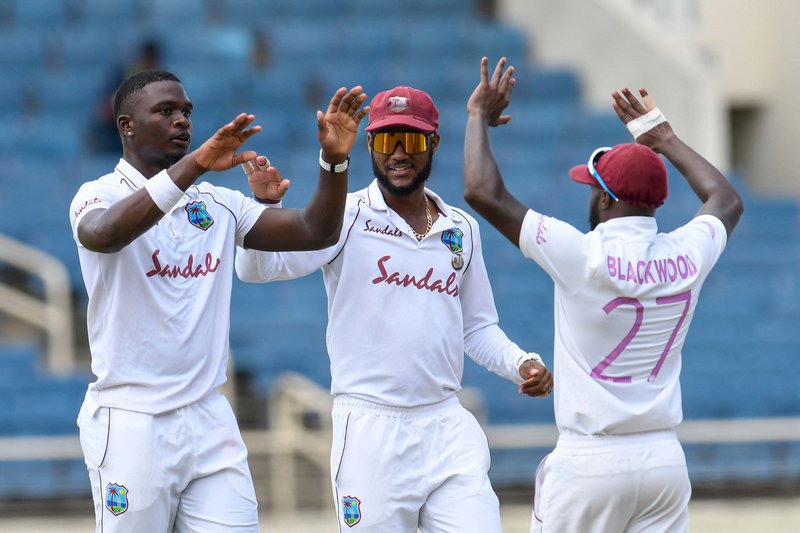 Sent in to bat, Pakistan were dismissed for 217, about half-hour before the scheduled close, with Fawad Alam top-scoring with 56 and Faheem Ashraf chipped in with 44. Captain Babar Azam struck 30 and Mohammad Rizwan, 23, but Pakistan lost their last five wickets for 31 runs in quick time.

Holder picked up two of those wickets to end with 3-26 while the 19-year-old Seales, in only his third Test, claimed 3-70. Veteran seamer Kemar Roach made the early inroads with two for 47.

However, in four overs before the close, West Indies lost left-hander Kieran Powell and Nkrumah Bonner without scoring, to be on two runs for two wickets.

Play resumes on Friday at 10am (11am Eastern Caribbean Time). At the crease will be captain Kraigg Brathwaite and Roston Chase. 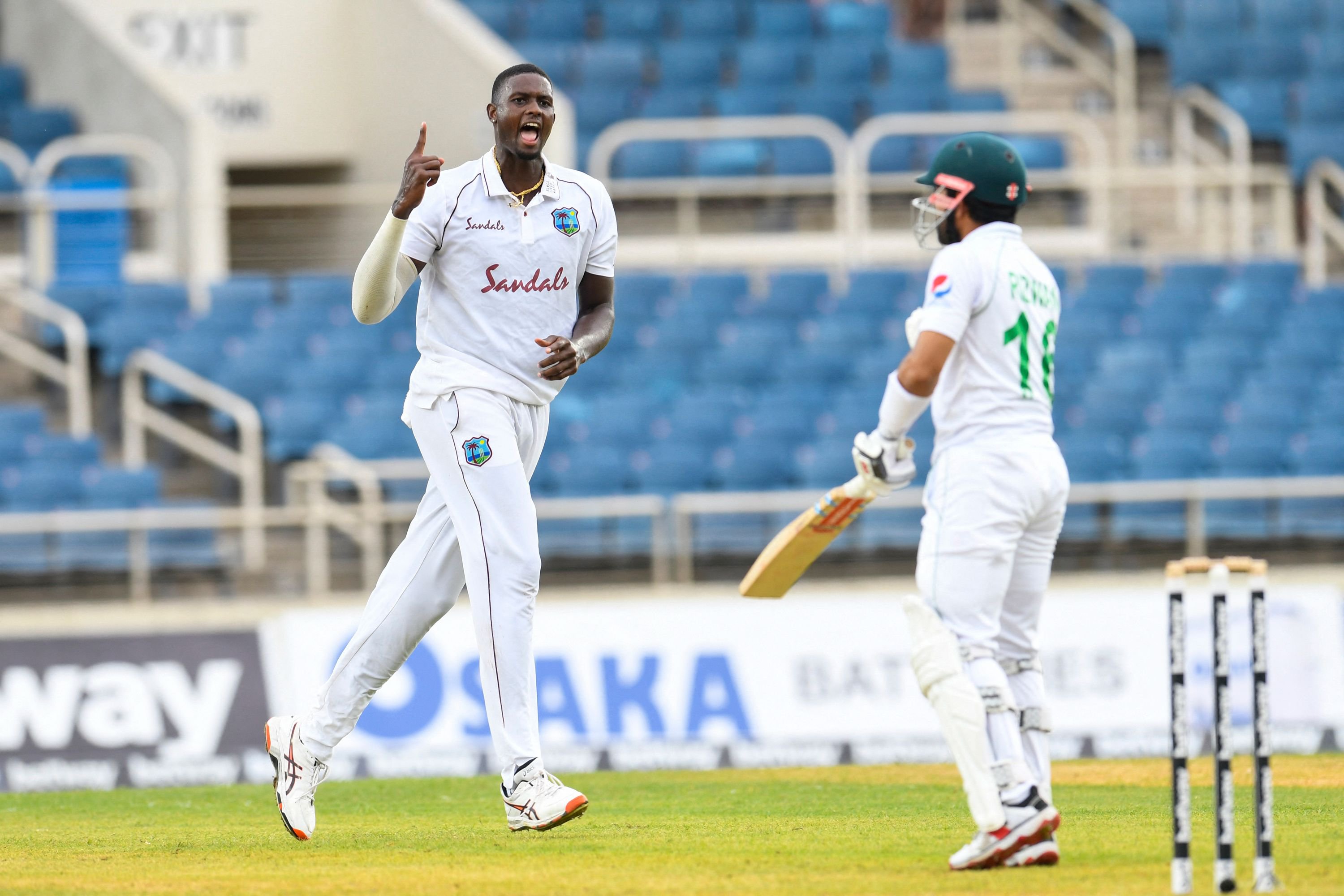 “If you asked us if we would take 217 at the start of the day, I think we would’ve taken it,” Holder said after the day’s play. “There was disciplined bowling by everyone. Probably if I wanted to be critical I would say there were maybe a few too many boundaries but all in all we’d take 217.”

Of the batting reply, Holder added: “We just need some application. I think it’s going to be difficult up front obviously with the amount of grass, and the movement they will extract from the surface. We just have to be a little bit tighter and give ourselves a really good chance to get a really big score.”