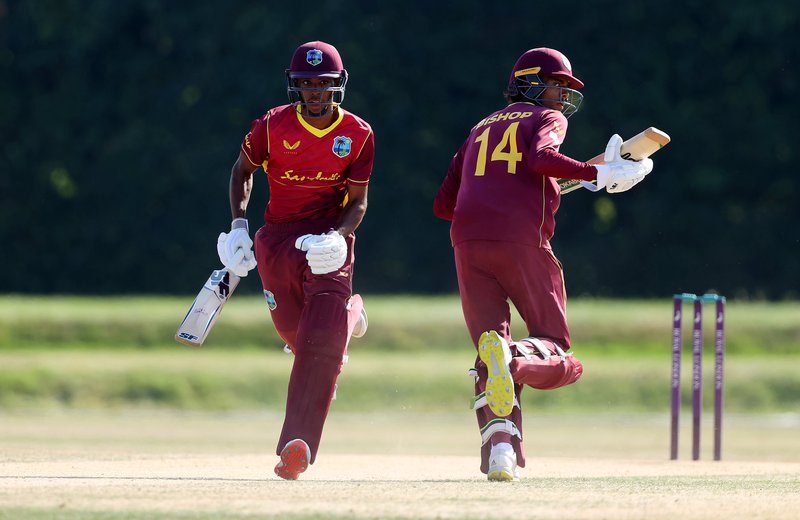 Set a target of 240, Bishop showcased him tremendous skills with the bat as well as powers of concentration and ability to cope with the pressure to make 133 as West Indies scored 241-8 off 47 overs to win by two wickets with three overs to spare. He faced 117 balls and hit 20 fours to control the run chase. His century came off just 85 balls and included 15 fours, and he carried on until he was the seventh wicket to fall with the score at 227 – with just 13 away from victory. 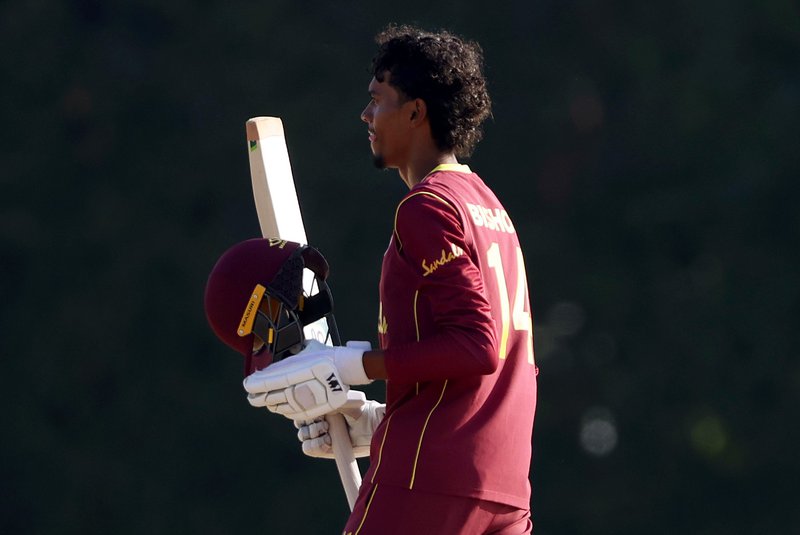 “The plan was to keep ticking it along to hit the gaps and to keep my partners in the game and keep talking to them. We can take a lot away from this game with this win. We were two-nil down so now we got a great win today and we are back in the series.”

Bishop shared a crucial partnership of with vice captain Giovonte Depeiza for the fifth wicket which took the score from 118-4 to 191-5 before Depeiza was run out for a patient 21 off 51 balls. This was Bishop’s second top-class knock in a row, as he followed up the equally brilliant 97 not out from 104 balls in the previous match on Monday.

The result was set-up by the West Indies bowlers who were disciplined after England won the toss and chose to bat. Left-arm seamer Nathan Edward came in for his first match and grabbed two early wickets, while left-arm spinner Anderson Mahase (2-42) and pacer McKenny Clarke (2-52) maintained the pressure.

The series will now switch to the Polo Field in Canterbury for the next three matches. First ball on Friday is 10:30am (5:30am Eastern Caribbean Time/4:30am Jamaica Time).