The Home of West Indies Cricket
News
/
Special Feature
/
#MalcolmMarshallDay: The Man Who Bowled & Batted With a Broken Thumb

#MalcolmMarshallDay: The Man Who Bowled & Batted With a Broken Thumb

Clive Lloyd rated it as one of the “greatest and most courageous acts” he witnessed in all his years involved in cricket. The legendary West Indies captain was referring to the heroics of Malcolm Marshall – who broke his hand but played on with a hand in protective plaster – bowled to take seven wickets and batted to hit a one-handed boundary. 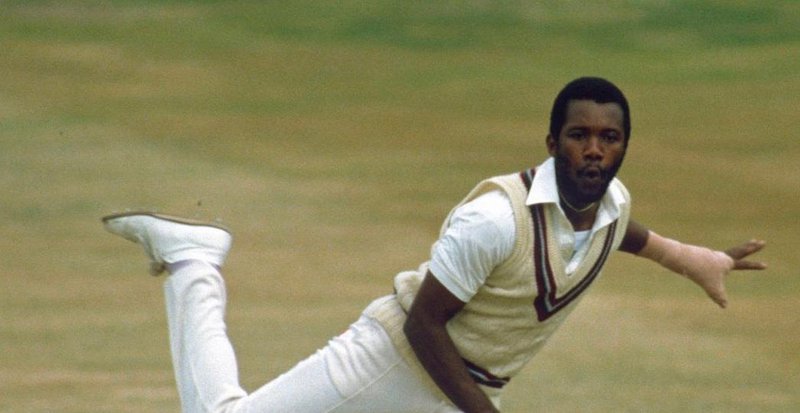 It was the summer 1984, the famous tour of England, and Marshall sustained a double fracture to left thumb during the match at Headingley. Under normal circumstances, he would be ruled out of the match, but he braved the injury and soldiered on.

See the amazing and heroic one-hand batting below!

Remarkably, he took seven wickets for 53 runs after he struck a one-handed boundary – and helped West indies win the match. The visitors won the series 5-0 for a famous “BlackWash”. 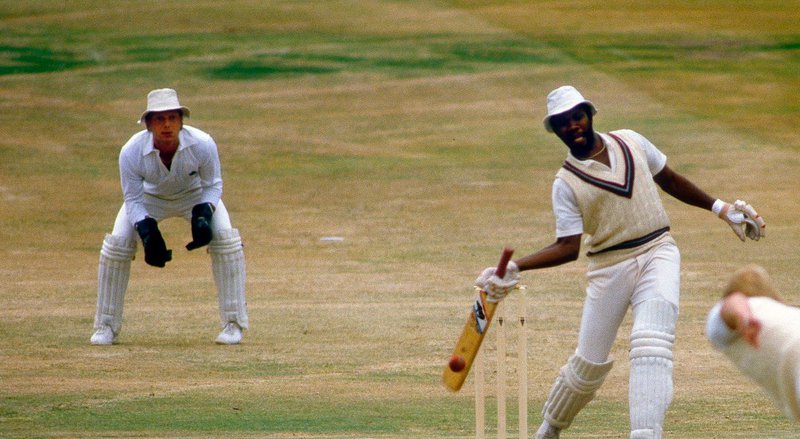 Fast forward to November 4, 2019 and today we remember Marshall on what is a sad occasion. It marks the 20th anniversary of his death – he died on November 4, 1999 – after a battle with cancer. As Lloyd reflected on the life and heroics of one of his “trusted lieutenants” he immediately spoke of that significant performance in West Indies history.

“Malcolm was a special cricketer … actually I would have to say he was an ‘extra-special cricketer’. He got his wickets with three other great fast bowlers alongside him – so in many ways the wickets were ‘shared’ yet he ended with a remarkable record as a bowler,” Lloyd told CWI Media. 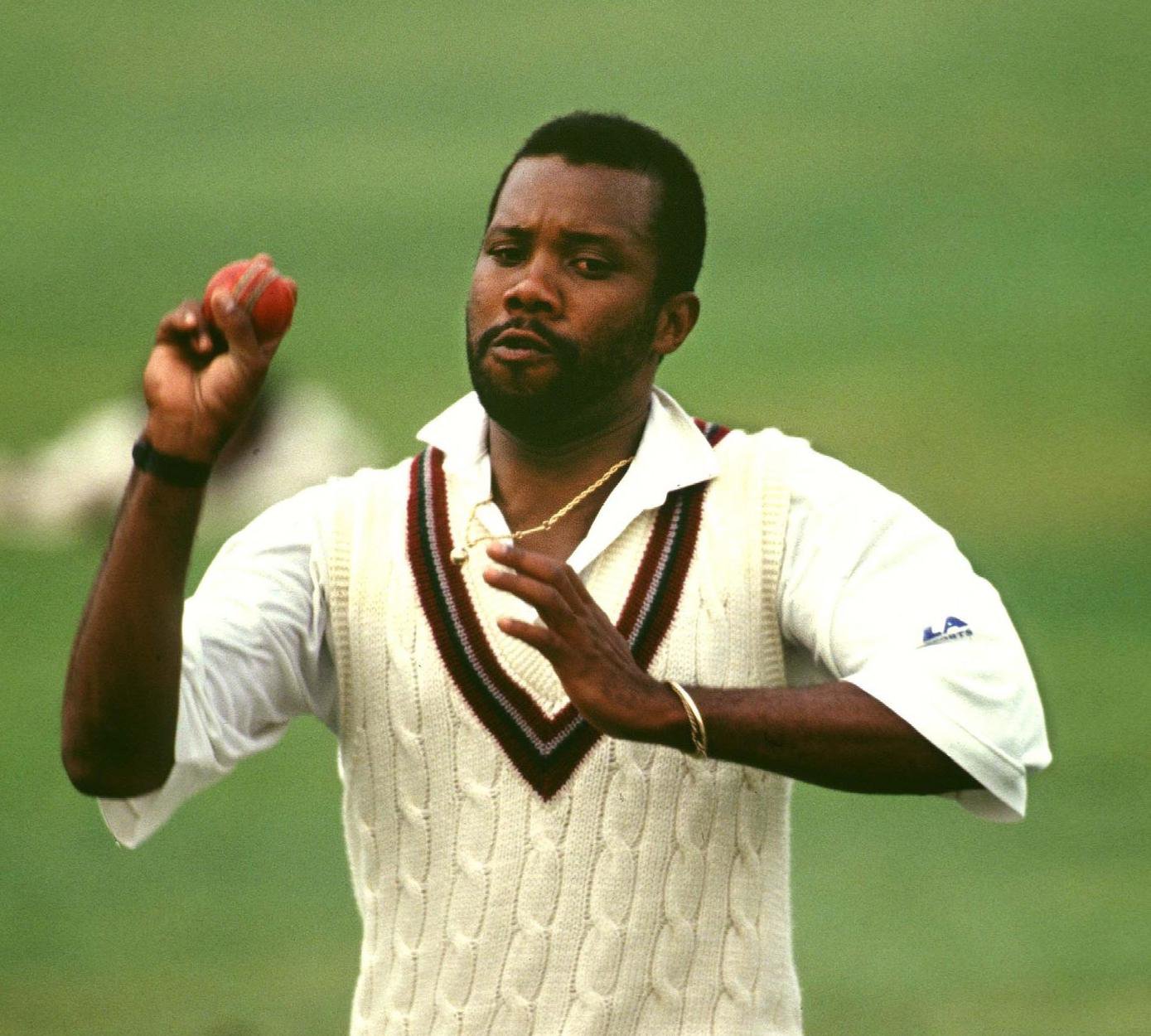 “The performance with a broken hand was one of the most remarkable things I have ever seen a cricketer do, certainly one of the most memorable things in my time around the game. The one thing I remembered most was everyone said he couldn’t play and we would be depleted. I was sitting with him and asked ‘you think you can play?’. He replied: ‘Skip, if you want me to play I will play!’.”

Lloyd recalled the heroics as he highlighted how Marshall batted with on­ly his right hand to help Lar­ry Gomes to his cen­tu­ry, Mar­shall steamed in with the bandage on his left arm and destroyed England’s batting line-up.

“It was one of his best bowling performances. Normally, with such an injury guys would be expected to miss a match. He was there with the bat … he stayed at the crease and helped Larry Gomes to a hundred. Those are special things you remember… the togetherness and commitment and how they would do anything for West Indies,” Lloyd said.

“I had a lot of time for Malcolm, he wore his heart on the sleeve and West Indies cricket was first and foremost. He must rank very close to the top of all time. He was a master tactician, he could read the game very well, he was a great thinker and that’s why he was also a great coach.” 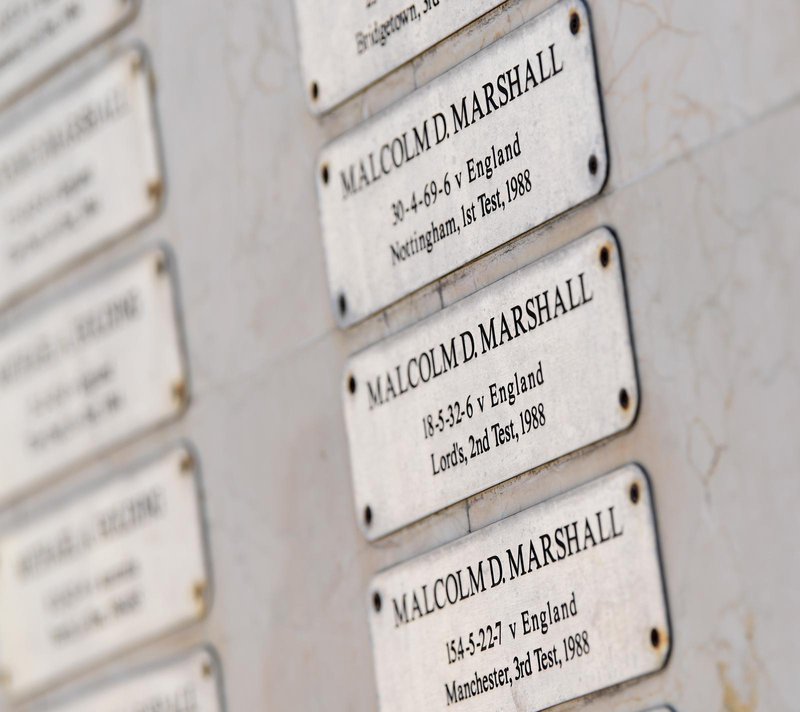 Mar­shall’s grave is at the St Bartholomew Church in the south­ern parish of Christ Church, Barbados. The southern end at Kensington Oval in Barbados is named the “Malcolm Marshall End”, while the driveway to the Hampshire Bowl ground in England was renamed “Marshall Way”.