BRIDGETOWN, Barbados – Alzarri Joseph and Evin Lewis combined to give West Indies a strong start to the New Year on Tuesday.

Pacer Joseph led the demolition of Ireland’s batting and opener Lewis punished their bowling to power West Indies to a five-wicket victory in the first Colonial Medical Insurance One-day International on Tuesday.

Joseph grabbed 4-32 from his allotted 10 overs to earn the Player-of-the-Match award and send the Irish crashing to 180 all out in 46.1 overs, after they chose to bat on a hard, true Kensington Oval pitch. 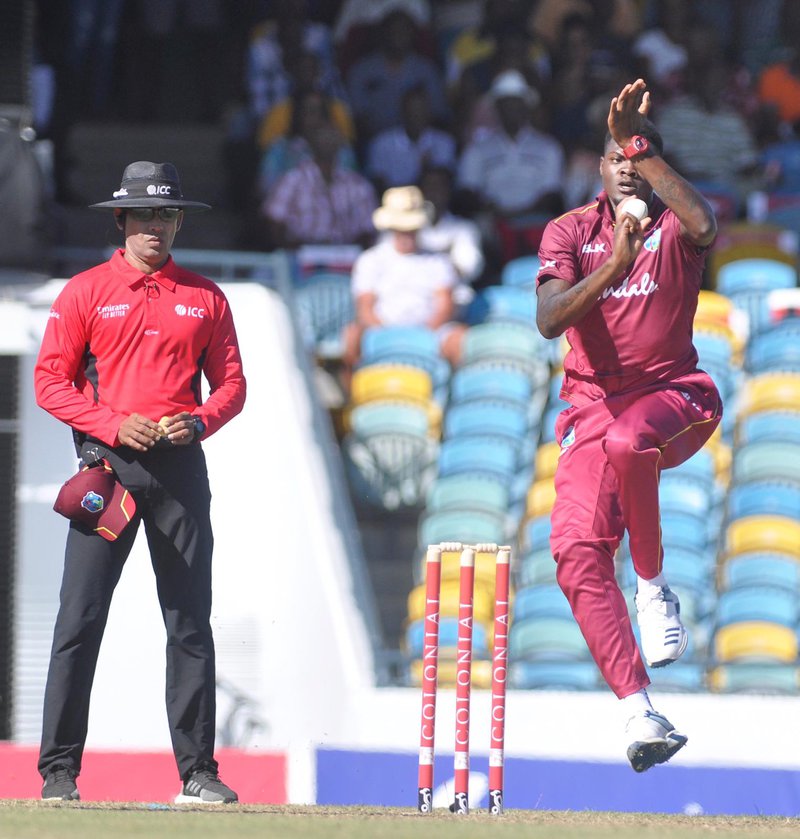 Lewis slammed 13 fours and two sixes in a run-a-ball, unbeaten 99 to anchor West Indies to victory with 100 balls remaining and a 1-0 lead in the three-match series, which continues on Thursday at the same venue.

The left-handed Lewis ended the contest, when he a lofted drive off a wide, half-volley from Barry McCarthy, looking to clear the wide long-off boundary and complete his third ODI hundred.

He sunk to his knees, however, when he watched the ball drop a few millimetres inside the boundary rope to deny him the milestone.

#WIvIRE You can't help but wish he had gotten to his century! SOO CLOSE!! #MenInMaroon #ItsOurGame

#WIvIRE You can't help but wish he got to his century! SOO CLOSE!! West Indies win the match with Evin Lewis on 99*! #MenInMaroon #ItsOurGame

Lewis shared 71 for the second wicket with Brandon King to put the chase on track, after Shai Hope was caught at mid-wicket off McCarthy for six in the sixth over.

King made 20 before he was one of three wickets that fell for 32 in the space of 29 balls and West Indies stumbled to 130 for four in the 24th over.

Roston Chase came to the crease and put on 48 with Lewis to keep things on course before he was caught behind for 19, gloving a snorter from Boyd Rankin in the 33rd over, with the home team needing three to win.

Earlier, Joseph made the breakthrough for West Indies, when he struck in his first over – the seventh of Ireland’s innings – and had Paul Stirling caught at mid-wicket for 15.

This sparked a purple patch for West Indies, and they sent the Irish stumbling to 88 for six in the 23rd over.

The hosts met resistance, when Lorcan Tucker hit the top score of 31 and Mark Adair supported with 29 to put on 54 for the seventh wicket to add some respectability to Ireland’s total. 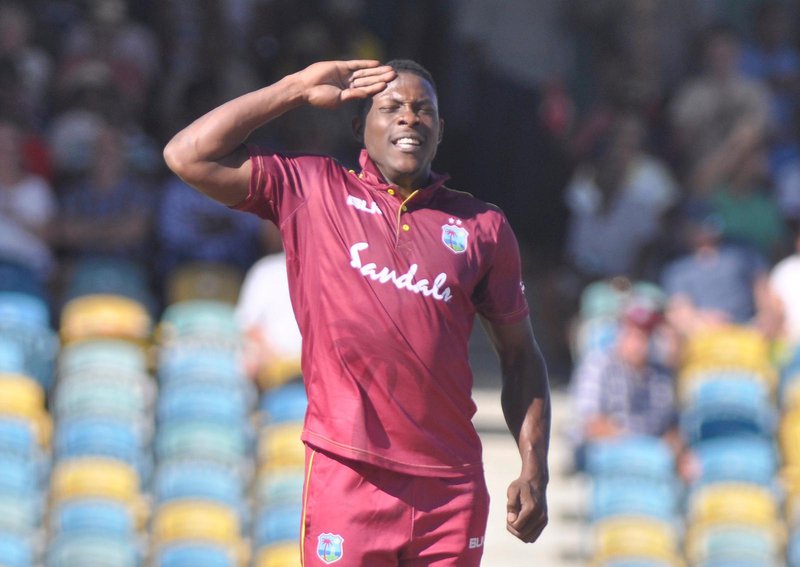 Sheldon Cottrell and Hayden Walsh, Jr. snared two wickets apiece in the second half of the visitors’ innings to ensure they wrote no comeback story.