DUBAI, United Arab Emirates – Cricket’s world governing body, the ICC, has praised the career of Merissa Aguilleira, following her retirement from the game this week.

In a statement on Thursday, ICC chief executive Manu Sawhney hailed the former West Indies Women’s captain as a global “role model”, while pointing out her successful tenure as skipper.

Aguilleira led West Indies in 74 of her 112 One-day Internationals and 73 of her 95 Twenty20 Internationals, and also led their trip to the Final of the ICC Women’s World Cup six years ago in India, where they lost to Australia. 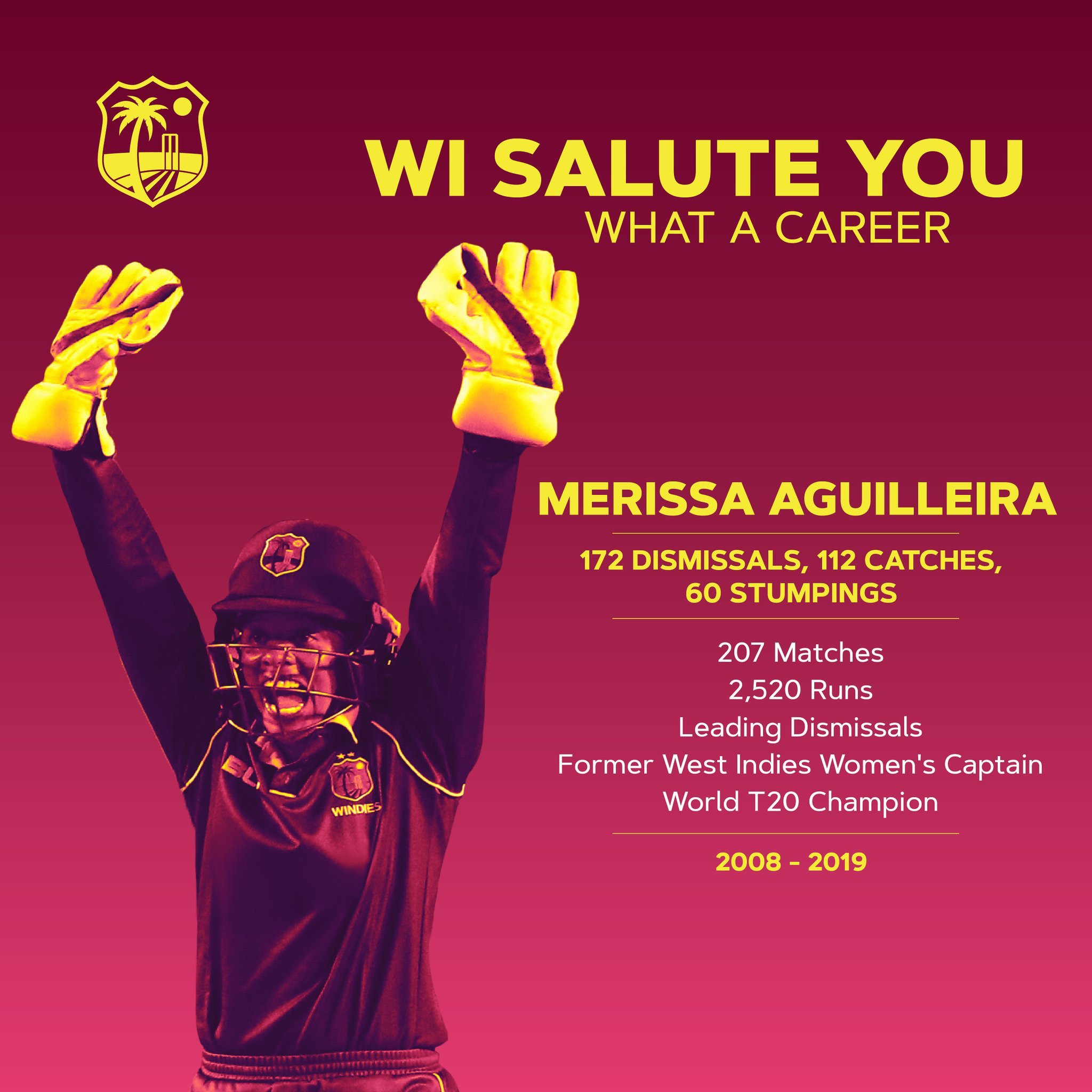 “Merissa has been one of the most renowned women cricketers,” said Sawhney. “Her success as captain and player is there for everyone to see and I am sure she would have been a role model for many aspiring cricketers the world over. I congratulate Merissa for a wonderful career and wish her all the best in whatever she pursues in the coming years.”