TAROUBA, Trinidad – Chemar Holder upstaged a hat-trick from off-spinner Krishnappa Gowtham with a destructive opening burst, bringing to life a rain-hit day to leave the third “Test” between West Indies “A” and India “A” intriguingly poised.

Catch up with the match highlights below.

Holder claimed 2-14 in a fiery, four-over, opening spell, as India “A” stumbled to the close on the second day of the contest at the Brian Lara Cricket Academy, on 23 for three – an overall lead of just 30 runs.

Four balls later in the next over, Miguel Cummins bowled Mayank Agarwal for five, extracting his off-stump in spectacular fashion.

Earlier, West Indies “A” were bowled out for 194, replying to the Indians’ first innings total of 201.

Left-handed opener Jeremy Solozano snatched his share of the headlines when carried his bat for an unbeaten 69, as Gowtham ripped the heart out of the Caribbean side’s batting with 6-67 from 23.4 overs, including hat-trick victims Raymon Reifer for five, Holder and Cummins for ducks.

Sunil Ambris made 43 and Jermaine Blackwood added 22 to help West Indies “A” to a respectable total, but Umesh Yadav took 2-29 from 16 overs and supported Gowtham with the dismantling of the home team’s batting. 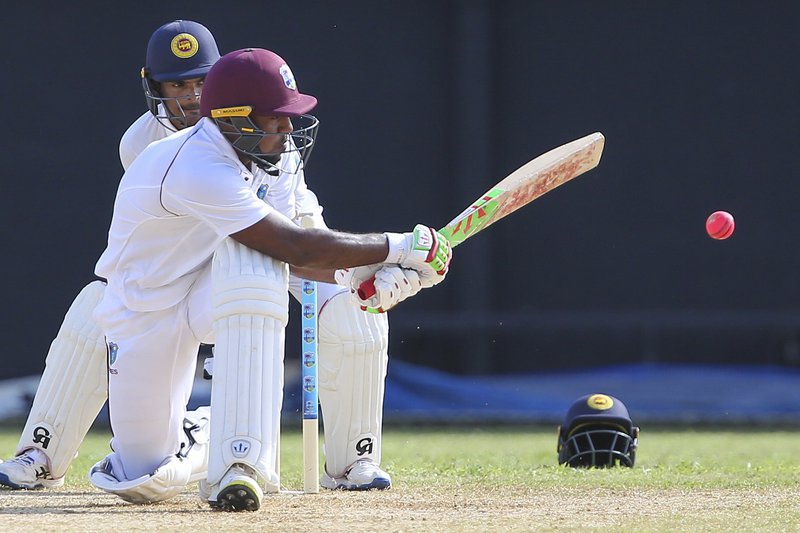