DUBLIN, Ireland – Flamboyant half-centuries from Shai Hope and Sunil Ambris failed to ignite West Indies and Bangladesh secured the Tri-Nations Series title with a five-wicket victory under the Duckworth/Lewis/Stern Method in the rain-marred final today.

Hope struck six fours and three sixes in the top score of 74 off 64 balls and fellow opener Ambris made 69 off 78 balls that included eight fours, as the WINDIES posted 152 for one from their rain-reduced allocation of 24 overs, after they were put in to bat on a hard, true Malahide pitch.

In their final competitive One-day International ahead of the ICC Cricket World Cup 2019 England & Wales beginning at month-end, the Caribbean side failed to contain a buoyant Bangladesh, as the Asian outfit easily chased down a difficult revised target of 210 with seven balls to spare.

Hope and Ambris were setting the park on fire with an array of enterprising strokes and had carried West Indies to 131 without loss in the 21st over when there was a stoppage for rain lasting over five hours.

Hope had reached his half-century from 50 balls, when he struck seamer Mustafizur Rahman for a straight six in the 18th over which yielded 13 runs, and Ambris, who had earlier smashed three boundaries in the 12th over, reached his 50 with a smoothly-timed stroke off leg-spinner Sabbir Rahman to wide long-off in the 19th over.

On resumption however, neither batsman could not find the same touch they had prior to the stoppage and Hope, later named Player-of-the-Series for his chart-topping 470 runs at an average of 94, was eventually caught at long-on off Mehidy Hasan Miraz’s off-spin, as West Indies could only add a further 21. 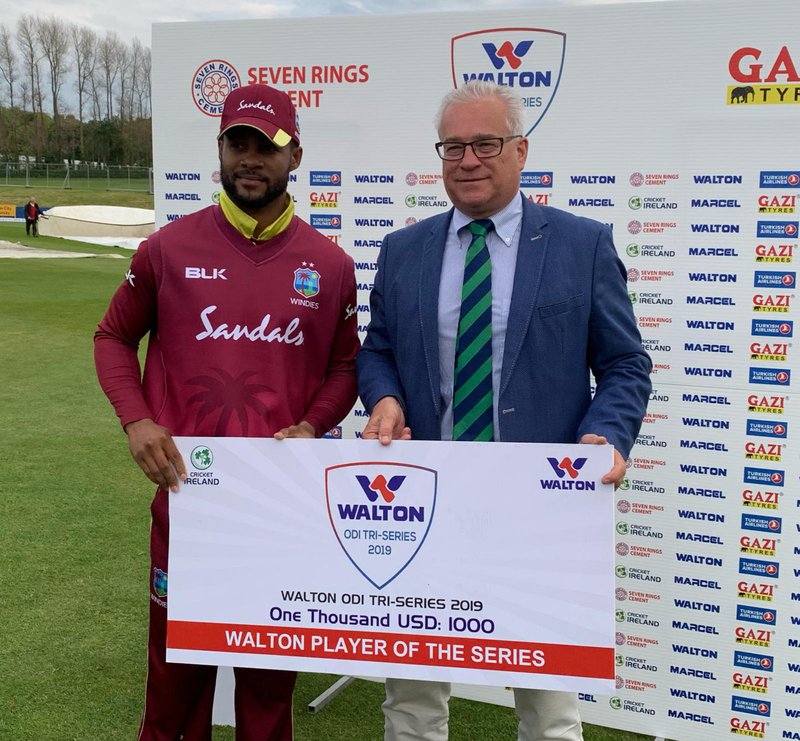 When Shannon Gabriel had left-handed opener Tamim Iqbal caught at mid-off and trapped Sabbir lbw for a duck four balls later in the sixth over of the chase, Bangladesh were 60 for two, and they continued to bat confidently though sacrificing a few wickets along the way to achieve the target. 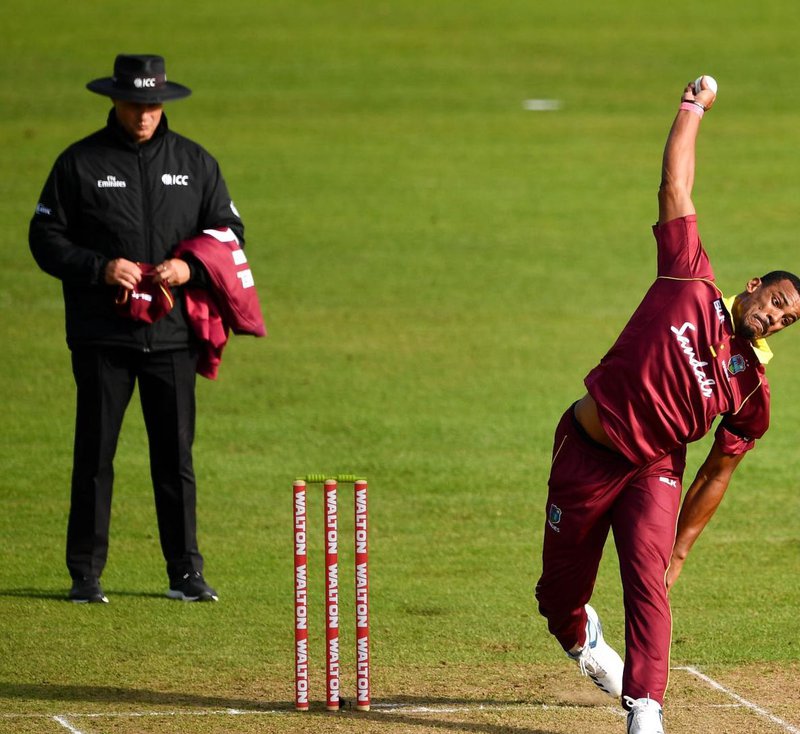