In Grenada last week, Chris Gayle reached the milestone of 10,000 ODI runs on his way to a second hundred of the five-match series against England. It was a stellar series for the left-handed opener who would go on to smash another 77 in the final match, ending the series with 424 runs to his name.

Gayle joined Brian Lara as the only other West Indian batsman to have reached 10,000 ODI runs, though the Jamaican achieved the feat six innings faster, having faced more than 1,000 fewer balls on his way to the landmark. 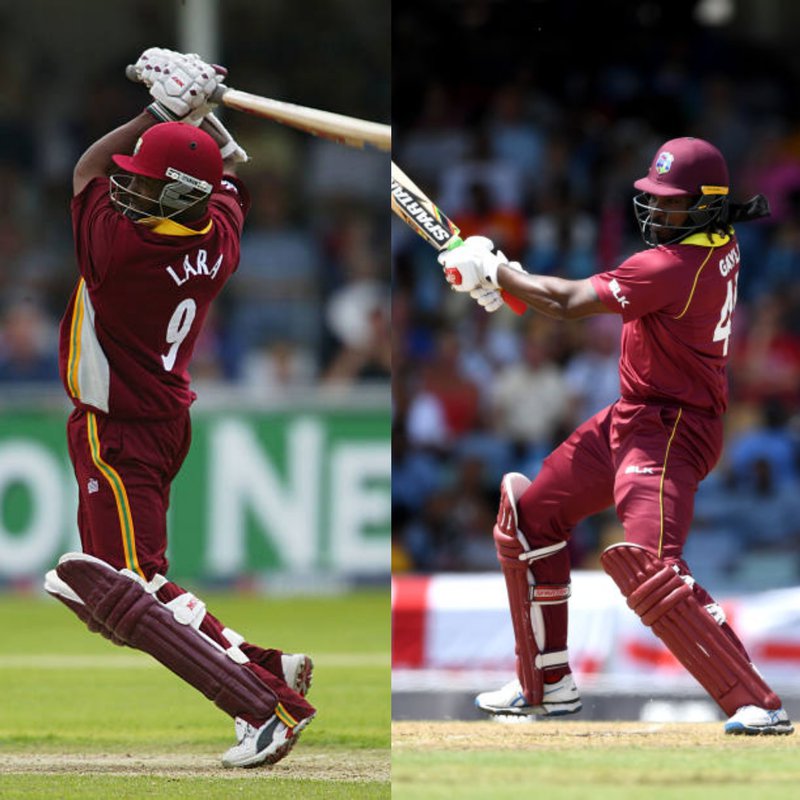 The latter statistic is perhaps an illustration of the different eras the two greats played in; Lara was rightly regarded as an aggressive batsman in his day, but his career strike rate of 79.62 is dwarfed by Gayle’s 87.10. That said, it’s Lara who holds the record for the fastest hundred by a West Indian, his 45-ball onslaught against Bangladesh in 1999 remains unsurpassed despite Gayle’s career of relentless six hitting.

Lara’s tally of 133 sixes looks tiny in comparison to Gayle’s monstrous figure of 314 and it’s the latter’s ability to clear the ropes with such consistency that has made him a unique threat to bowlers at the top of the order. Gayle’s boundary percentage as an opener is 12.27%. Of openers to have scored 5000 ODI runs since Gayle’s debut, only four have scored boundaries more often than him, and of those players, only Shikhar Dhawan is still playing. 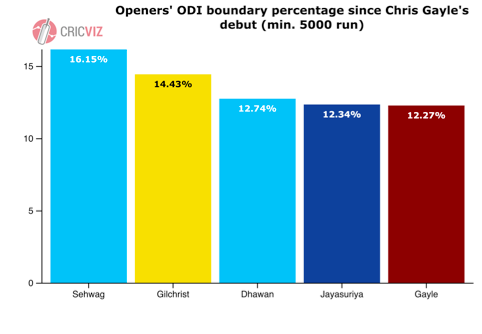 The good news for Windies fans is that the 39-year-old is showing few signs of slowing down. His strike rate in the recent series against England was 134.17; his highest strike rate in a calendar year was the 117.65 he registered in 2009. Of course, it’s a small sample size this year, but if his 2019 continues in the manner in which he’s begun, it bodes well for Windies in a World Cup year.

It seems strange to think of it now but, Lara and Gayle’s ODI careers overlapped by eight years, the pair playing 125 matches together between Gayle’s debut in 1999 and Lara’s final match in 2007. The pair enjoyed success together in 2004 when Windies won the Champions Trophy in England, Lara was captain and Gayle’s 99 against Bangladesh in the final group game set them on their way to an improbable victory against England in the final.

Gayle needs another 253 runs to overtake Lara’s run tally and become the all-time leading run-scorer for Windies. He will surely claim that record at some point during this summer’s World Cup and cement his place as one of the all-time greats of Windies cricket.