West Indies assistant coach Roddy Estwick has thrown his full support behind the emerging crop of young fast bowler emerging in the Caribbean. The highly-respected coach who has worked at the development level for over two decades is hugely impressed by work ethic and discipline on the Sandals West Indies tour of England so far during their training camp at the Emirates Old Trafford.

“We’ve got four fast bowlers we think can challenge any team in the world. I don’t know about living up to the greats, they’ve got to forge their own identity. We also have a group of youngsters coming through,” Estwick said. “When I played in the 80s there were a lot of great fast bowlers – Wayne Daniel and Sylvester Clarke only played 10 or 11 Tests each, but both took around 900 first-class wickets – and hopefully we have four or five now who can lift that standard again.”

Last year, West Indies beat England on home soil to claim their first series win in a decade as captain Jason Holder and his team celebrated the capture of the coveted Wisden Trophy. Estwick noted that with England in home conditions, it will be a challenging three Test matches, but West Indies have players capable of performing on the big stage. 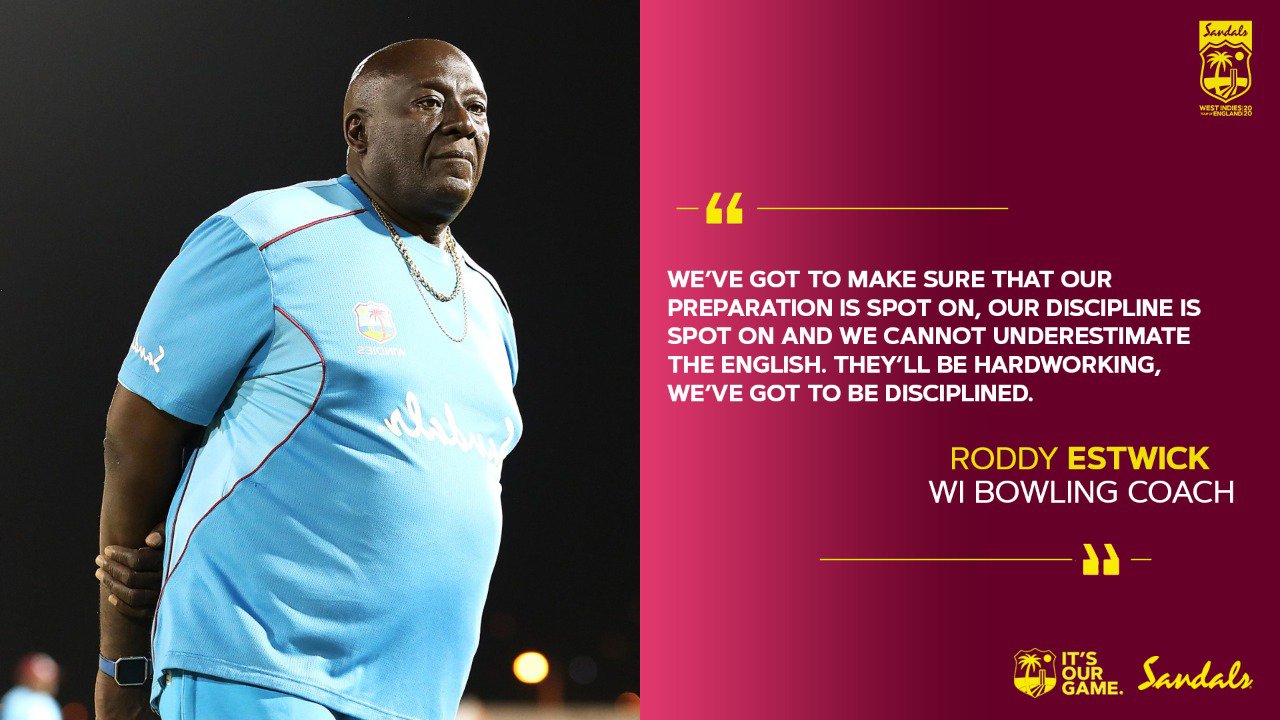 “It (last year’s series win) should give us some confidence but remember we won the Wisden Trophy back in the West Indies. We’re in England now where England are very, very strong and where they very seldom lose Test series, so we’ve got to be up and running, we’ve got to be well prepared – that’s the key thing,” Estwick said. “We can’t become complacent thinking we’ve won the series in the West Indies. It’s a new series, it’s completely different now, it’s being played behind closed doors, there are no spectators so there are a lot of changes since we last played in the Caribbean so we’ve got to be ready.

“We’ve got to make sure that our preparation is spot on, our discipline is spot on and we cannot underestimate the English. They’ll be hardworking, we’ve got to be disciplined. They’re under a new coach, they’ve come off a good series win in South Africa. We’ve got to be ready to match them stride for stride and be prepared to fight and scrap because this is going to be a very, very difficult series and we know that and we’ve got to be well prepared. The key thing is how well we prepare and then trust the process, and go and execute properly.” 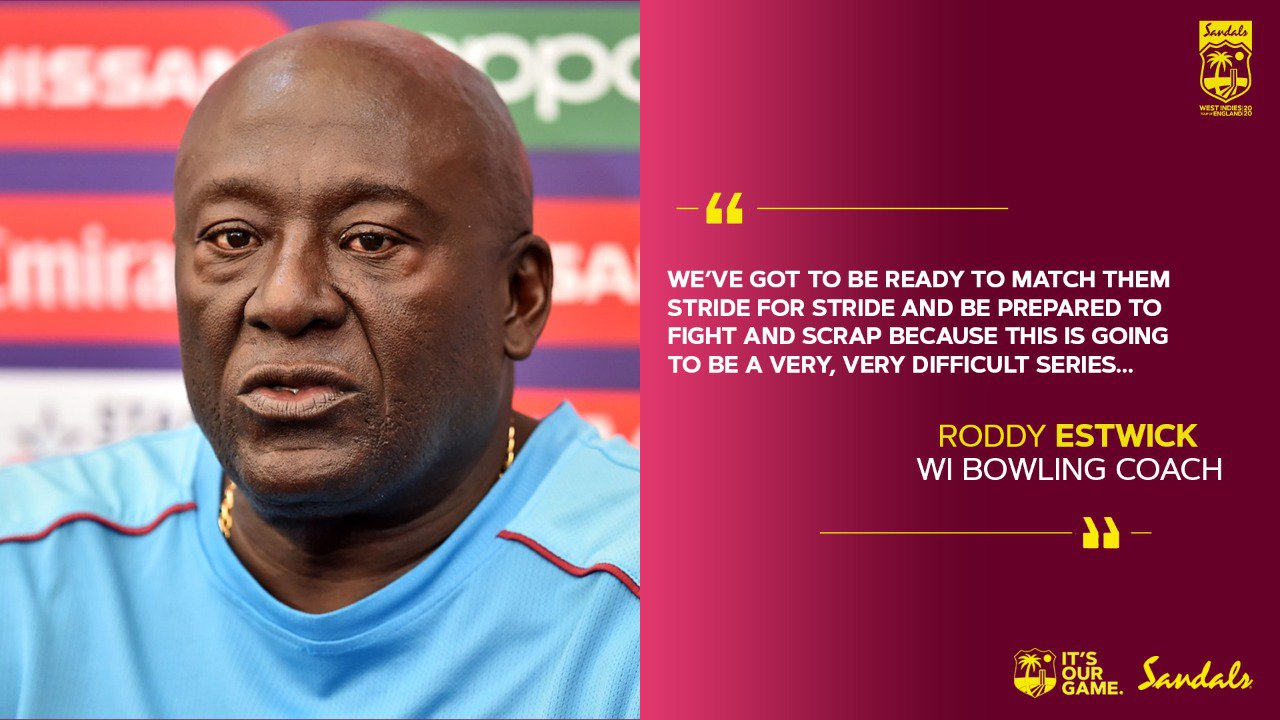