England opted to give Alex Hales a game in place of Jason Roy, despite the latter scoring a hundred in the first ODI in Bridgetown. It was hardly a downgrade though; going into the match, Bairstow and Hales averaged 67.00 together and scored at 6.99 runs per over. Bairstow and Roy average 58.37 together and score at 7.14rpo from 24 innings.

Bairstow and Hales got England off to a good start, the former brought his tally of sixes since the Champions Trophy to 36, the third highest in that time behind Chris Gayle (53) and Rohit Sharma (91).

Such was England’s batting dominance, the pair put on 89-0 at the end of the first Powerplay, England’s highest score after 10 overs in their history.

Windies made the breakthrough when Oshane Thomas forced Bairstow to edge onto his stumps. The right-arm seamer only bowled five balls to the England opener but all of them were tight into his stumps. Bairstow was cramped for room when trying to divert the ball to third man and could only see the ball roll onto his stumps. 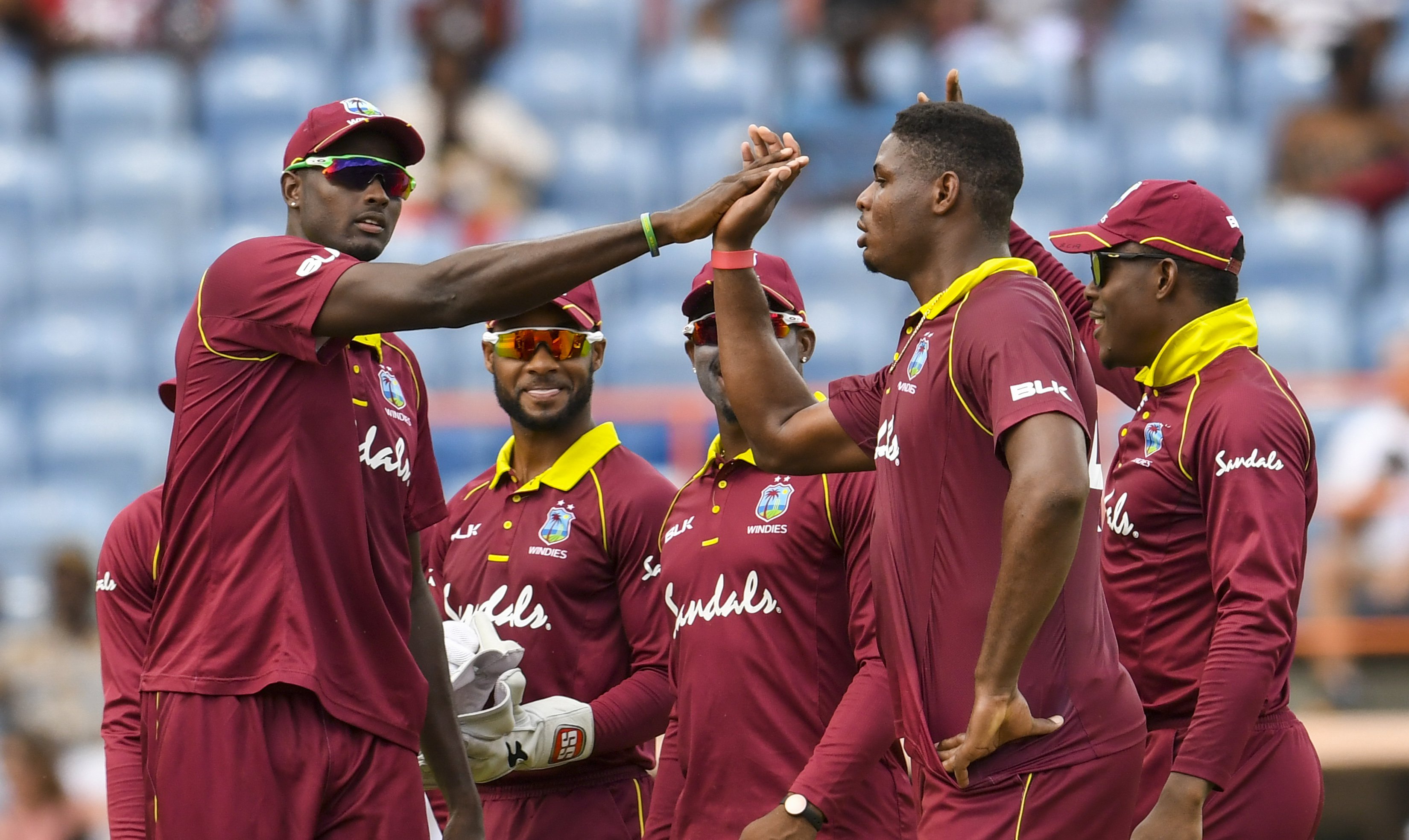 Thomas only bowled five balls to Bairstow, but they were all right on the money, not giving him any width. He drew the error as Bairstow was cramped for room and could only divert the ball onto his stumps. #WIvEng pic.twitter.com/AF2Q03KCoE

There was something of a rally for Windies when they picked up the wicket of Root after a mini-period of sustained pressure. The seamers hit a consistent length between 6.5m and 8.0m and it brought them reward as Root edged behind.

After England's good start, West Indies' seamers have found the right length to bowl on this pitch. Root's wicket was off a delivery pitching 7.3m from his stumps and that zone between 6.5m and 8.0m is an area that England have struggled to score from. #WIvEng pic.twitter.com/8QuWJkY5S0