CWI extends sympathy at the passing of Shane Warne, the leg-spin legend

Cricket West Indies (CWI) today paid tribute legendary Australian cricketer Shane Warne, who passed away on Friday. The leg-spinner was one of the greatest bowlers in history and was also a well-loved favorite with fans all over the world. He has a flamboyant personality and was popular and very engaging on social media.

“It is with great sadness that Cricket West Indies would like to offer our condolences to the family and friends of Shane Warne at the shocking news of the passing of one of the finest bowlers of all time. He revived the art of leg spin and was feared but respected by many batsmen around the world. Shane was adored by many West Indian cricket fans and more importantly was a friend to many West Indian cricketers.”

Warne first played in the West Indies in 1990 as a member of the Australia Under-19 team which played against the West Indies Under-19s. He would later return to the region on several occasions, and had many famous on-field battles with legendary West Indies batsman Brian Lara. 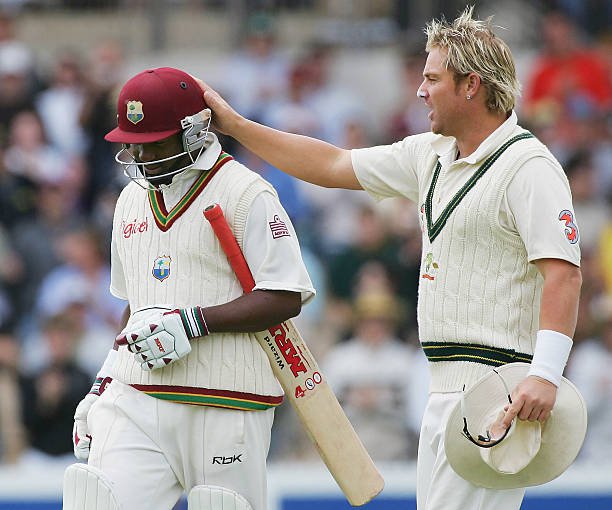 West Indies Head Coach Phil Simmons played against Warne in the 1990s. He spoke on his legacy on Friday as he watched the CWI President’s XI take on England at the Coolidge Cricket Ground.

“It is a sad day for cricket. I played against him earlier in his career. He transformed bowling, especially leg-spin bowling … he had a big impact all over the cricket world. I remember him playing against us and his battles with Brian Lara, and then we can all remember ‘that ball’ when he bowled Mike Gatting in The Ashes. We also admired his commentary after he ended playing and how great he was at that as well. He was a true legend of the game,” Simmons said.

Warne was 52. He is the most successful leg-spinner bowlers of all time and is credited for reviving the art of leg-spin He started his international career in 1992 and ended in 2007 with a remarkable 708 Test wickets. He also had 293 wickets from 194 One-Day Internationals and won the Man-of-the-Match award when Australia beat Pakistan in the 1999 World Cup final at Lords.

Warne's death comes hours after another former Australian cricket great, wicket-keeper Rod Marsh died on Friday at the age of 74. Marsh played against West Indies in the inaugural Cricket World Cup final in 1975. CWI also extended condolences to his family, friends, and the cricket fraternity in Australia.