A disappointing ODI tour ended in defeat for the West Indies, as they lost the third and final match against Sri Lanka in Pallekele, going down 3-0 in the series as a whole. Kieron Pollard's men scrapped hard in their chase of 308 against the in-form hosts, but were ultimately unable to get over the line.

However, there was a clear silver-lining for the men in maroon. The efforts of Fabian Allen, the talented all-rounder who is just beginning to make his impact felt at international level, were almost enough to drag defeat from the jaws of victory. 37 from just 15 balls, including five boundaries, was a demonstration of just how explosive this young Jamaican can be. 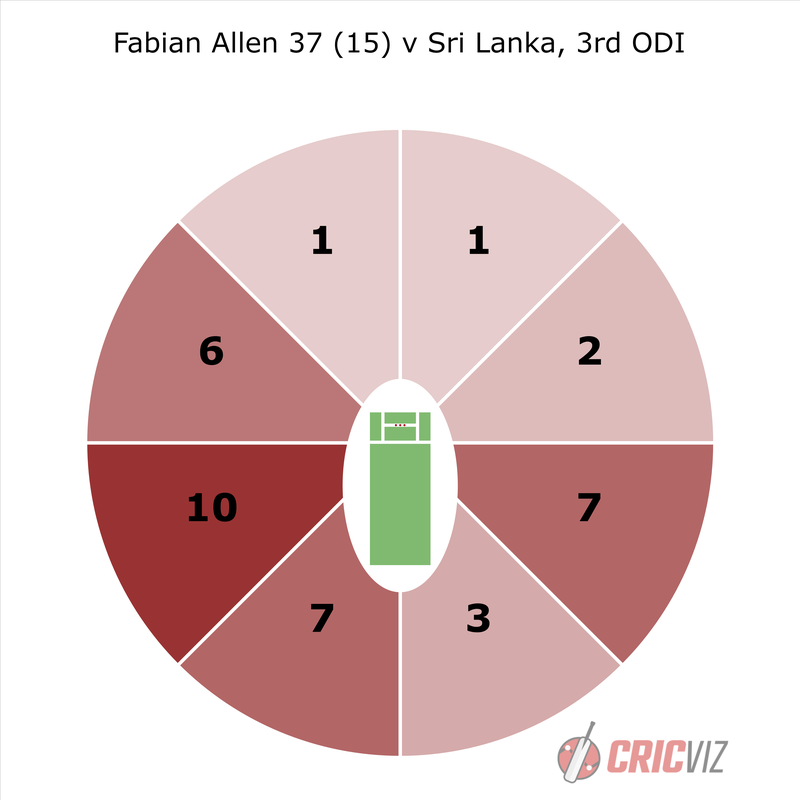 It's important that this sort of knock becomes more frequent for Allen, given that for all his ability he's not often had chance to showcase it in List A cricket. Allen has only faced 15+ deliveries in eight List A innings - remarkable, really, for a player of such clear and obvious white ball batting talent. However, such is the nature of the 21st century cricket, to an extent, and from even this tiny sample size we can see his potential. The most striking thing within these innings is that this 37 (15) was by far the fastest Allen has ever scored in one of those innings, his scoring rate of 14.8rpo miles ahead of his second fastest innings, where he crawled along at a relatively sedentary 9.56rpo against Sri Lanka in the World Cup last summer. 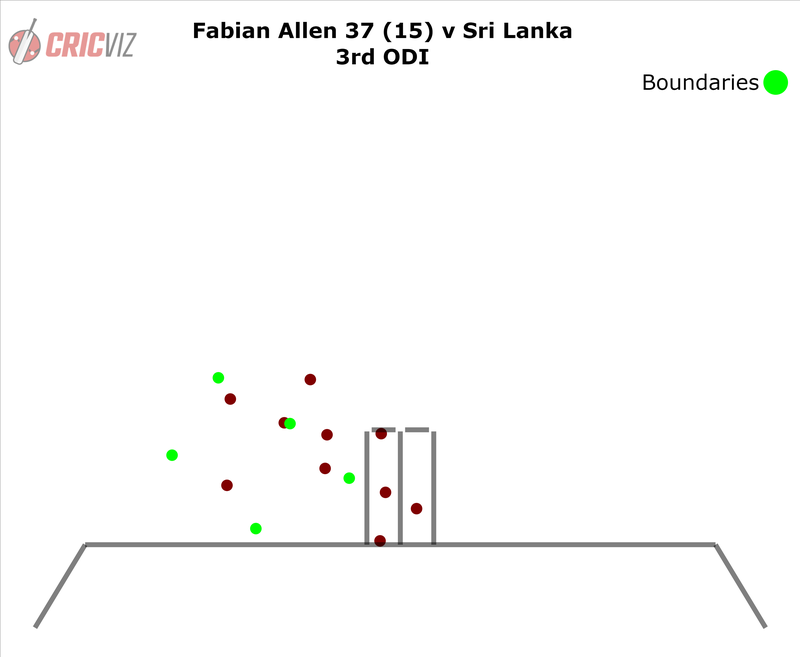 When Allen got to the middle in Pallekele, after the wicket of his captain at the hands of Angelo Mathews, the required run rate was just around 12rpo, the universally acknowledged mark of things getting out of hand for the chasing side. Allen showed consistent and extreme intent while at the crease. 87% of his shots were attacking strokes, with just two of his 15 deliveries met with anything other than a boundary attempt. Given that the average in ODIs over the last few years is 44%, Allen has blown the rest of them out of the water. Since the start of 2018, there have been thousands of ODI innings of at least 15 deliveries. In that format, such an innings is a rather brief period after all. However, of all those thousands of innings, only eight have seen a higher proportion of attacking shots than Allen's effort yesterday. Obviously the match situation - a rising required rate and wickets falling - meant that Allen had little opportunity to do anything other than try to find the boundary, but the commitment to this approach was still impressive. 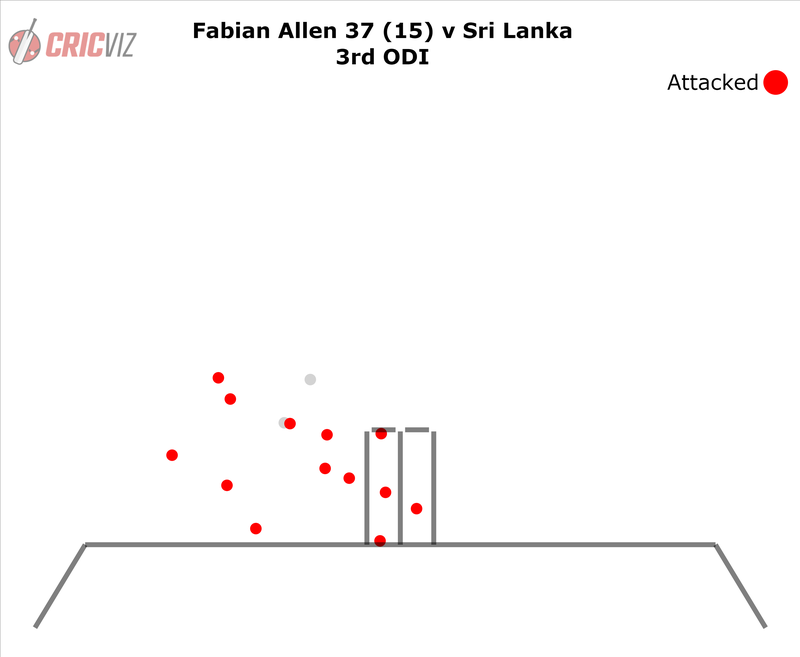 Ultimately, of course, it wasn't enough to help West Indies seal a consolation victory, a win which would have added gloss to a frustrating week or so. ODIs aren't the most pressing issue right now, but general white ball performance is clearly relevant, and Pollard will be angry that his men have been unable to register a win against a mediocre Sri Lanka given three opportunities. However, Allen's hitting is an obvious positive, and point of progress, that the Windies set-up can take away from the series, and use to build for the next challenges ahead.