The West Indies romped home to a 3-0 series victory in Grenada in a rain affected encounter. Pollard’s men chased down their revised target of 197 with apparent ease, for the loss of five wickets, and with 64 deliveries to spare.

On a pitch that appeared flat and true, but with the threat of some wet weather around, upon winning his first toss of the series Kieron Pollard had no hesitation in giving the tourists first use of the surface.

The Irish made a poor start and lost openers Sterling and McCollom in the Powerplay. Skipper Andrew Balbirnie consolidated the innings and led from the front with a patient and measured 71 from 93 deliveries. Balbirnie favoured the slower bowlers and scored 44 (62%) of his 71 runs from the bowling of Walsh and Chase, striking three 4’s and two 6’s with a strike rate of 91.66. 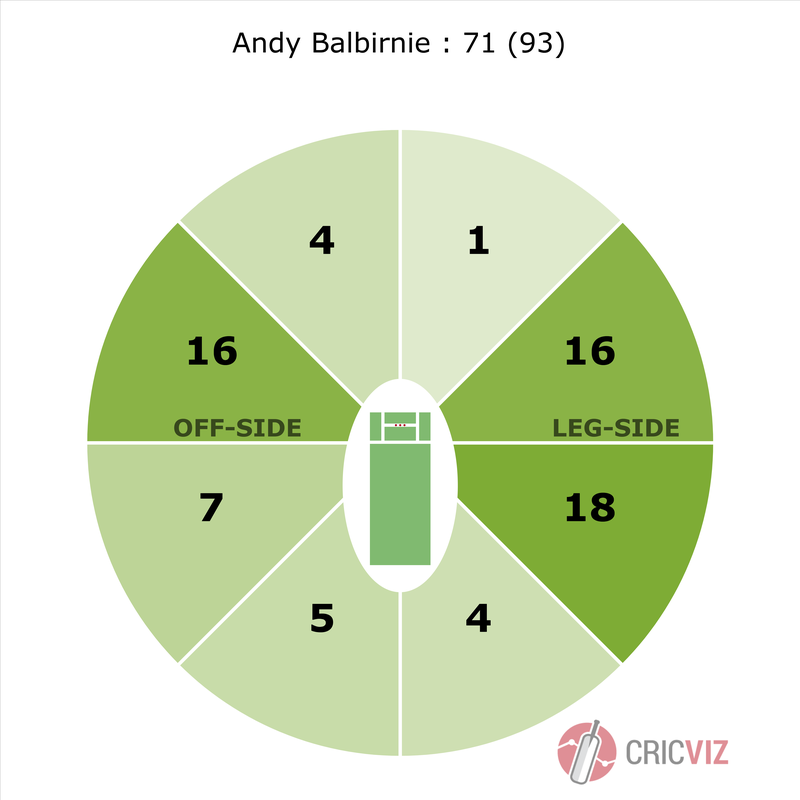 Hayden Walsh built on his match winning innings in the 2nd ODI, and recorded career best figures of 4/36. Walsh bowled cannily, and with great variation throughout the innings, claiming the wickets of Tucker and Adair with googlies and the important scalp of set Irish skipper Adrew Balbirnie who was caught driving loosely at backward point.

Oshane Thomas (3-41), Roston Chase (2-53) and Romario Shepherd (1-34) claimed the remainder of the Irish wickets and brought the innings to a close in the final over with the Irish total on 203

After the rain reduced target of 197 from 47 overs was finalised, Evin Lewis struck a fluent 102 from 97 deliveries to help the Windies over the line and complete the series whitewash. 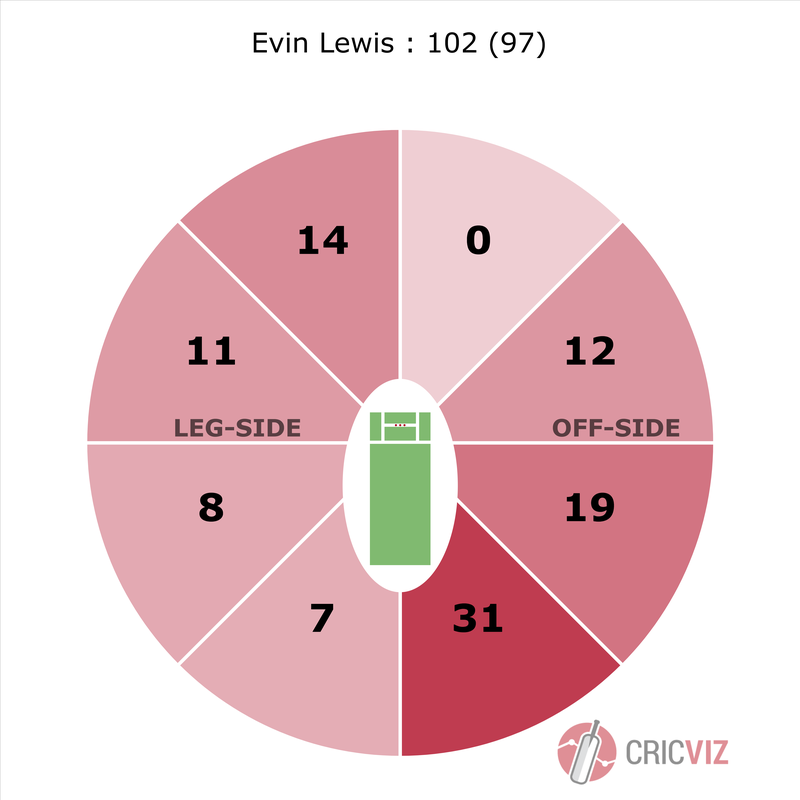 Scoring 46 runs in the opening powerplay, with a boundary percentage of 21.21%, Lewis then took a more measured approach throughout the remainder of the innings, placing more emphasis on strike rotation than power hitting, before once again applying the pressure with some powerful ball striking. The table below shows his runs scored and strike rates by innings phase.

Lewis scored a half century alone just from balls driven through the covers and down the ground, with a total of 51 runs from 45 balls coming from this shot. Lewis also executed the pull shot to great effect through this innings, helping himself to 25 runs from 8 deliveries at a huge strike rate of 312.50.

Lewis was well supported initially by Brandon King (38) and later by Nicholas Pooran (44*), and their partnerships of 75 and 63 respectively, made light work of the Irish bowling threat. 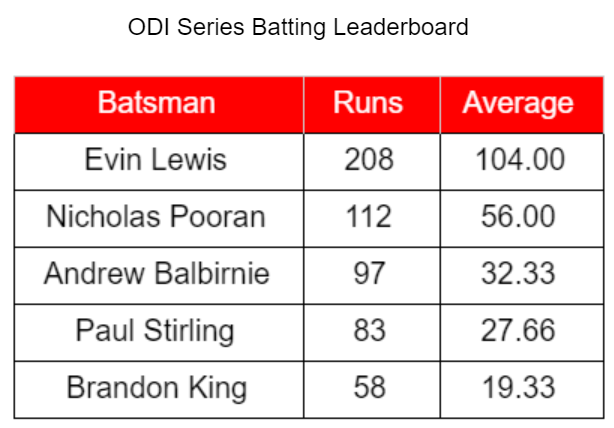 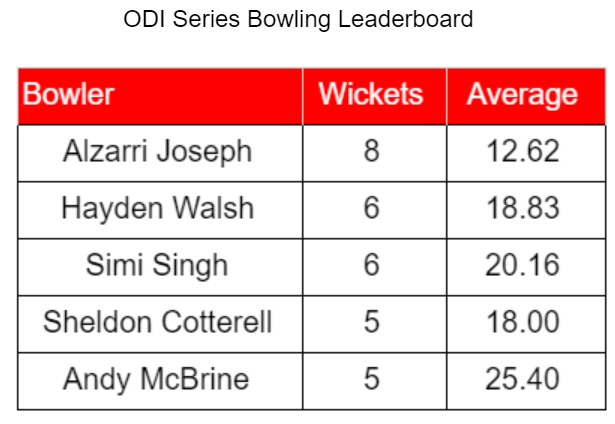 Overall, the Windies finish worthy series winners with their players comfortably topping the top two spots for both runs and wickets in the series. Pollard and his men in maroon will be hoping for a similarly dominant display in the 3-match T20 series starting on Wednesday.