After delivering figures of 4/32 in each of the first two matches with an exact economy rate of 3.2, there was lots to celebrate.

But Alzarri rarely 'celebrates' his wickets beyond high fives to his teammates (fastbowler swag we suppose!) 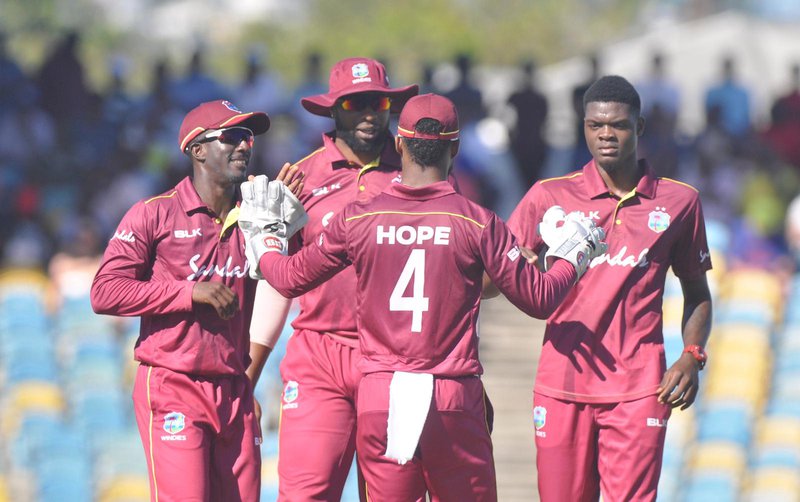 This time, he clenched his fist, punched the air and gave us some sneaky, mischievous smirks that suggested his mission had been accomplished. And we were loving it!

He ended the series with the “Most Wickets” but we're still pumped that he actually celebrated!

Admit it. When Sheldon Cottrell is playing, you want to see more than wickets and runs from the Men In Maroon, you also want to see The Salute!

The best part of his celebration is that he treats each salute the same. None of them are lackluster. All are intense, well choreographed movements that look as if it’s his first time, EVERY time!

Speaking of which, do you know how many ODI salutes Sheldon has done in his career?

(Tune in to Windies Cricket social channels for the answer in our #TriviaTuesdays)! 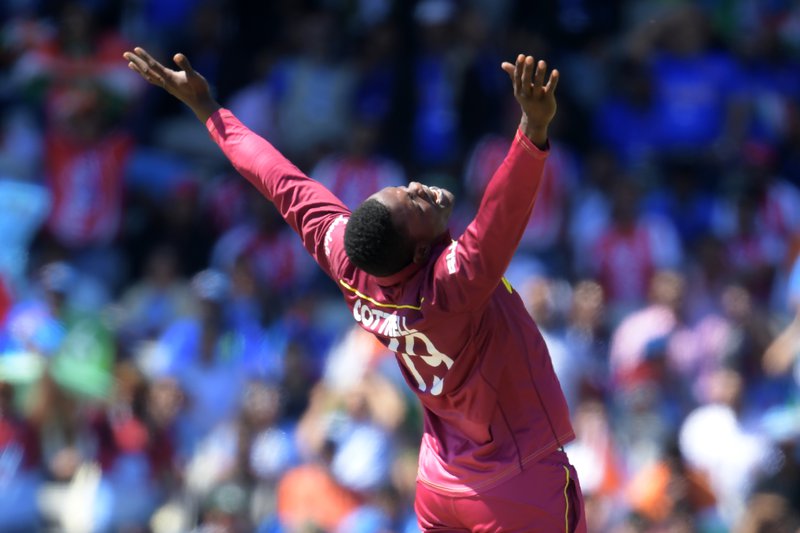 In the first Colonial Medical Insurance ODI, Evin Lewis looked in form and so confident at the crease that it was no surprise he was on 93* with 3 runs left to win the match.

To solve this Math equation, he needed to do these 3 things:

But being the cheery chap that he is, Evin dropped to his knees and glanced at the crowd with a big smile as they cheered and roared in disbelief that his century eluded him by only 1 run.

Ashere Hossannah, an 11 year old Super Cricket Fan (whom his Mom says has loved cricket since he was 2 years old) was one of the hundreds of fans, out of their seats cheering Evin Lewis on for a SIX in the last delivery.

But the passion and intensity in the young man’s eyes caught the attention and lens of the broadcast cameras.

By the next day, Ashere became an internet sensation as West Indies fans around the world beamed about how whole-heartedly he had thrown his support behind Evin Lewis.

So far, his video amassed over half a million social media views from around the world.

Somehow we think we’ll see him again…but next time, he’ll probably be the one hitting the winning runs! 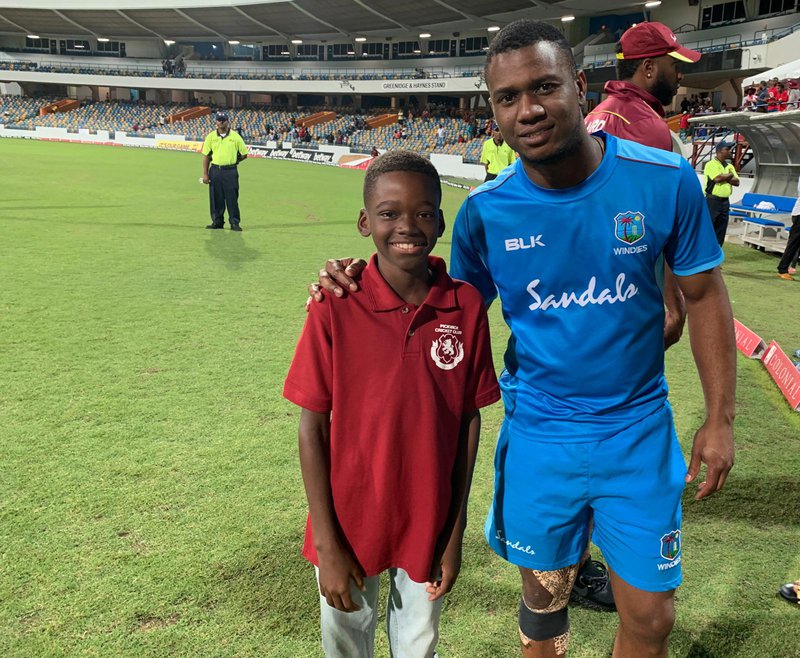 Just when we were getting over the whole Evin Lewis 99*, the 2nd Colonial Medical Insurance brought the real drama! And drama is probably putting it mildly.

WI don’t know how to describe it if you haven’t seen it. And if you have, there are no words to explain how fast your heart raced or how loud it thumped…especially in the LAST OVER!

This is one for the books. We’ll tell our grandkids, who’ll tell their grandkids.

In fact, everyone’s just going to watch it on YouTube and so should you 😉

WATCH THE VIDEO BELOW!

We hope you’ve already watched the video as we’d hate to kill the suspense. Read on only if you’ve seen the highlights!

In the 2nd Colonial Medical Insurance ODI, Sheldon Cottrell bowled the last over in the Ireland innings and it read something like this:

As a death bowler, the last thing you want - is to be hit for a SIX - in the last delivery - of your last over. That was Sheldon Cottrell’s luck but not his fate.

Fast forward to the last over of the WI innings. Who hit the winning runs? And what was it again? We think it’s safe to say, payback was a SIX for Ireland!

This dog took Rally Round the West Indies to a whole new meaning. Or perhaps she just thought it was her turn to bat. Whatever it was, play was briefly stopped as this unfazed dog strolled casually onto the field (with the Sunday afternoon breeze blowing through her dog ears) and just as casually strolled off when she realized that neither of the batsmen had lost their wickets yet. 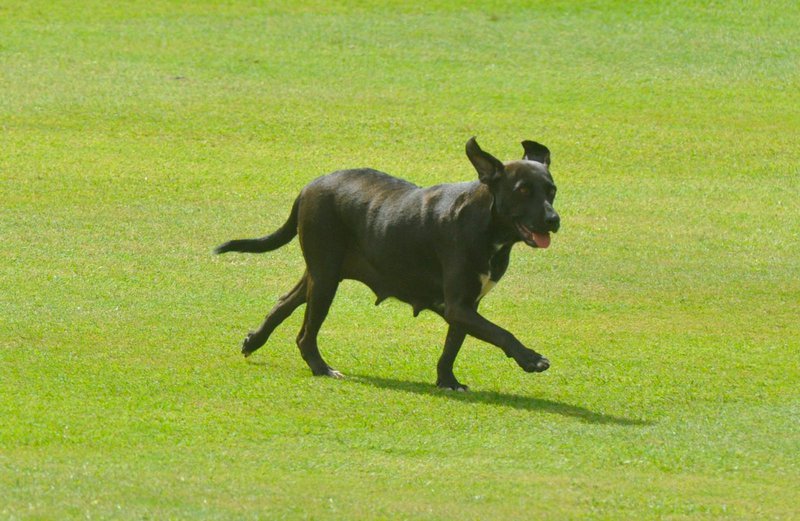 And speaking of batsmen, Evin may have had 99 problems before, but hitting his first home century wasn’t one! 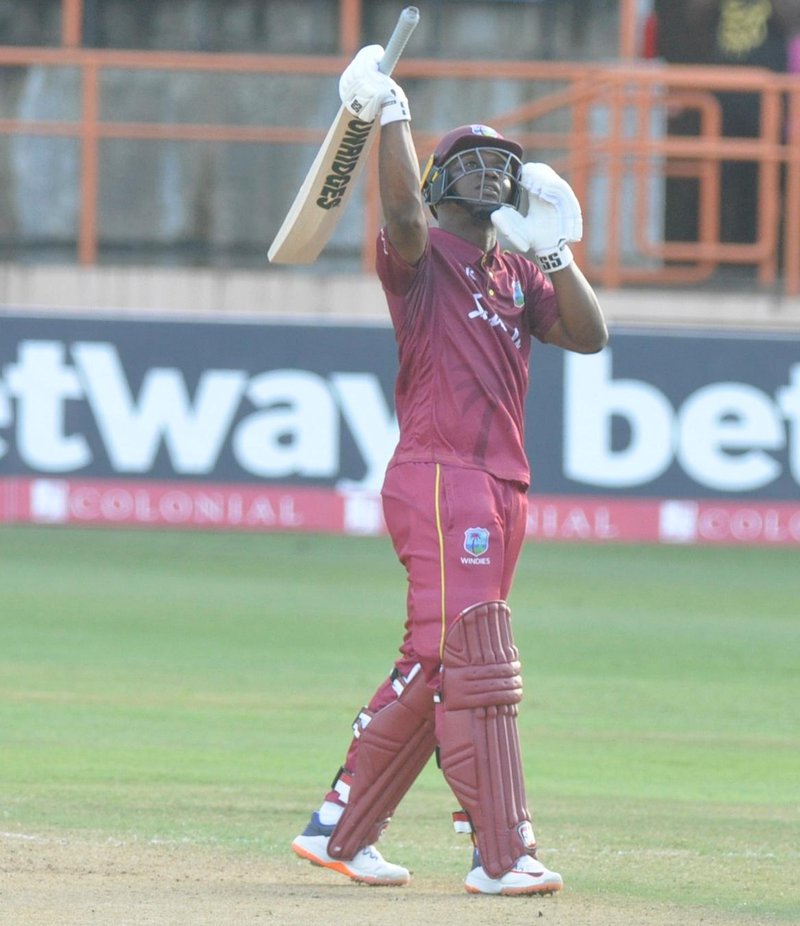