Trinbago Knight Riders have been a consistent, ever-present force in the Caribbean Premier League for as long as the competition has been around. Of the six editions before the 2019 tournament, Trinbago have won three - as often as not, they have been the champions.

And yet, this season that will not be the case. A defeat at the hands of Barbados Tridents saw them eliminated from the 2019 CPL, bowled out for just 148 in pursuit of the Tridents' 160-6. On the day, it was the wickets and rapid runs of Ashley Nurse which stomped on the Knight Riders' chances, but their problems have run far deeper than that. Winning just one of their last eight matches suggests that this wasn't one bad day at the office - what's gone wrong for them?

On the one hand, they have had some poor fortune. Star performer Sunil Narine has suffered with injuries and, as a consequence, has only played seven of their 12 matches in this campaign. That's not disastrous, but he is a crucial cog in their set-up with both bat and ball, and his absence unquestionably weakens Trinbago.

They have lacked pace bowling control, to quite a substantial degree - particularly for a team who have still managed to progress so far in the competition. Trinbago seamers have gone at 9.43rpo this season, the second highest economy rate and the second highest true economy rate. They have lacked the ability to limit opposition hitting, and eventually that has caught up with them. 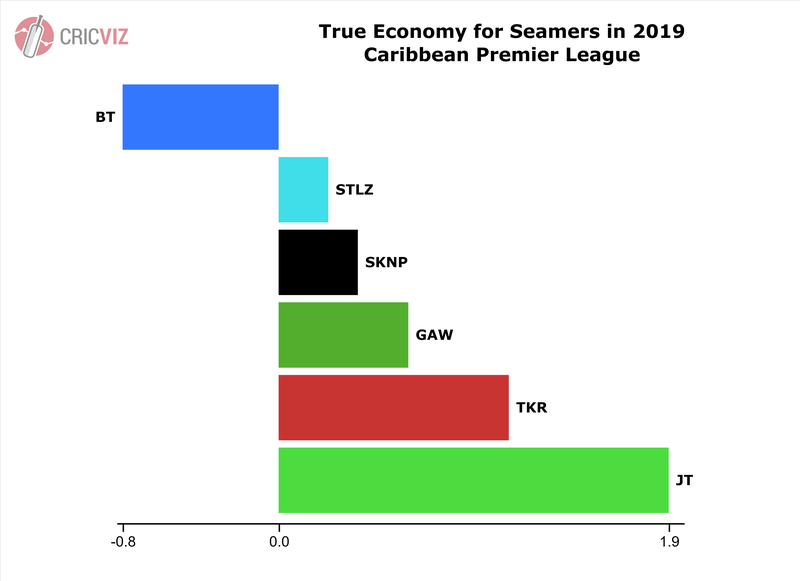 Trinbago have also lost early wickets, a lot. Only St Lucia Zouks - who didn't make it through to the play-off rounds - lost wickets more frequently in the Powerplay this season than Trinbago. Their average opening partnership this season has averaged just 22.45 runs per dismissal, making it the least substantial of any opening pair in the tournament. 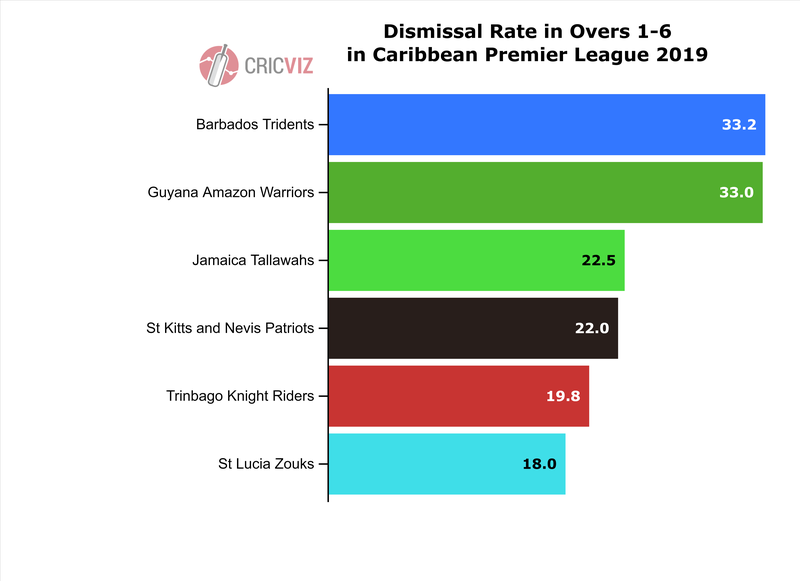 Of course, this doesn't have to be a fatal flaw, given that plenty of sides have opted to go hard at the top and take their medicine when it comes to losing wickets, but that strategy is reliant on the presence of a pinch-hitter. Generally, Trinbago (and their sister-team, Kolkata Knight Riders) have opted to use Narine in this role, and so his absence has been more keenly felt than just in the pure realm of runs and wickets. Trinbago's scoring rate of 8.6rpo in the Powerplay was still the second highest in the tournament, so the runs came - but the wickets lost were more valuable. Without Narine, early wickets become a flaw that exposes a shallow batting order, and it is hard to recover.

Those are the two crucial, central factors for Trinbago's collapse; flaky Powerplay batting, and loose pace bowling. Other classic indicators of struggling teams haven't been particularly evident. For example, their fielding has been absolutely fine, taking 76% of their catches, only slightly below the average for all teams in the tournament, 77%. Star performers like Kieron Pollard and Narine have not fallen below their expected performance; in Pollard's case, 349 runs at a scoring rate of 9.56rpo represents something of a renaissance, the most runs he's scored in a T20 league since the 2017 Indian Premier League. 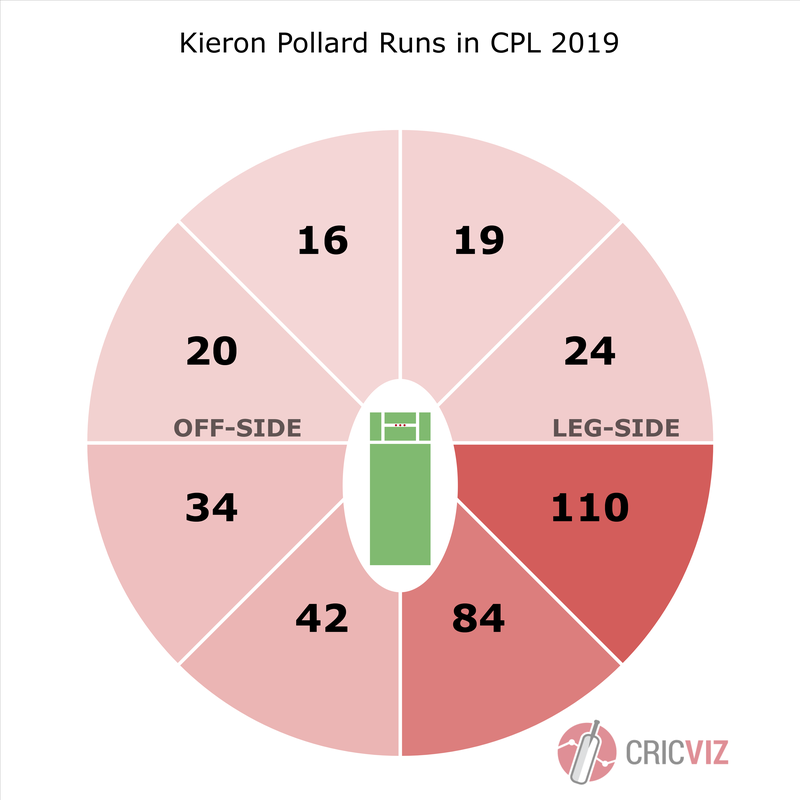 The thing is, despite this appalling collapse in results, Trinbago Knight Riders still made it to within 12 runs of the CPL final, where they would have faced their old rivals the Guyana Amazon Warriors. Such is the psychological block that finals seem to have for Guyana, who have reached the final four times before this year but lost every time, you wouldn't have bet against Trinbago pulling off another title claiming victory, even in their current state. That's the story of Trinbago; the standards they have set for themselves. A season of even mild under-performance appears to be a semi-crisis, because Trinbago win. Given the issues they have had this year could be fixed with savvy recruitment in a few key positions, you would expect them to come back stronger in 2020. For now though - and for the first time since 2016 - Trinbago Knight Riders will not be champions of the Caribbean Premier League.