It's all change in this season of the Caribbean Premier League, with one of its most consistent contenders now out of the running - for the first time in CPL history, Jamaica Tallawahs have failed to qualify for the playoff stages, their fate confirmed after a four-wicket defeat against the St Lucia Zouks.

It's been a frustrating season for Chadwick Walton's side, who have won just two of their nine matches, and are rooted to the foot of the table; without doubt, it's been a year to forget for the Jamaicans. However, the main positive for them on an individual level has been the performance of young wicket-keeper batsman Glenn Phillips. The 22-year-old New Zealander has made 353 runs this season, more than anyone else in the tournament - and by quite a long way. Nobody else has even been able to pass the 300-run mark, the extent of Phillips' dominance as impressive as the runs themselves. He's streets ahead of the chasing pack. 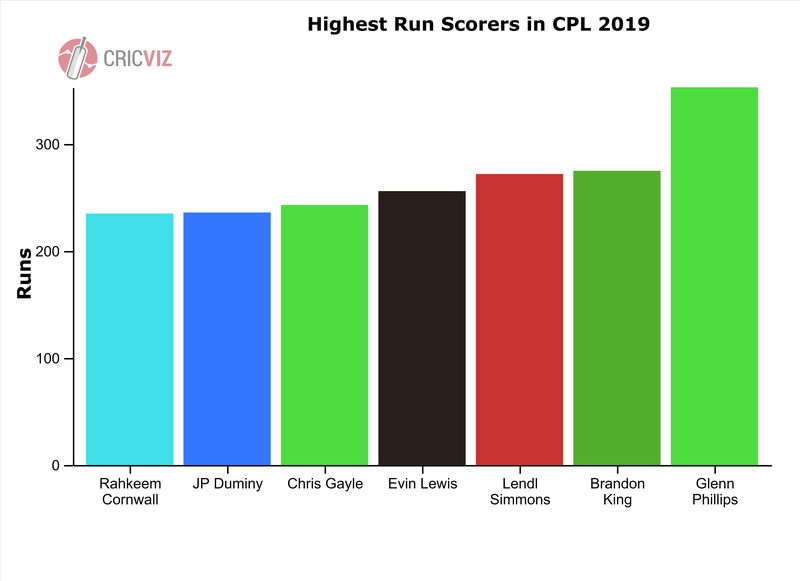 Of course, this performance hasn't come out of nowhere. Phillips was arguably as impressive last season, throwing out 457 runs for the Tallawahs at roughly 9rpo, his runs-per-dismissal almost identical to this current season (41.54 last year, 39.22 this year). Nobody has scored more runs than him over the last two Caribbean Premier Leagues, but what's made this season more noticeable in some ways is that Phillips has been so far and away the best performer for his side. 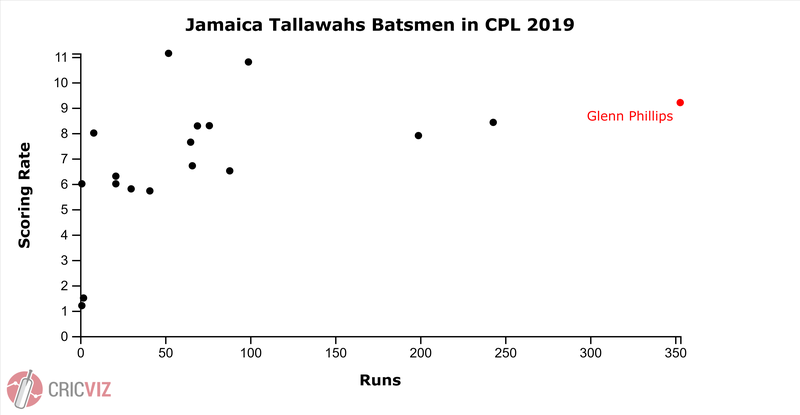 There's been a clear pattern to Phillips' success. 258 of his runs have come against pace, at a blistering rate of 10.38rpo; against spin, Phillips has scored only 95 runs at the comparatively pedestrian 7.03rpo. This does reflect the career record of the young Kiwi, who has scored at 8.96rpo and 6.81rpo against pace and spin respectively over his career. The Tallawahs staff have backed him in his role at the top of the order (despite the fact he's also been used throughout the middle order, for other sides, in his short career to date), and it's allowed his strengths to flourish, battering the seamers while the field is up.

Phillips hasn't tended to hit straight this season, instead scoring the majority of his runs square - as is often the case with powerful hitters of pace, Phillips' best zone is in-front of square on the legside where, this year, he's flown along at 12.7rpo. 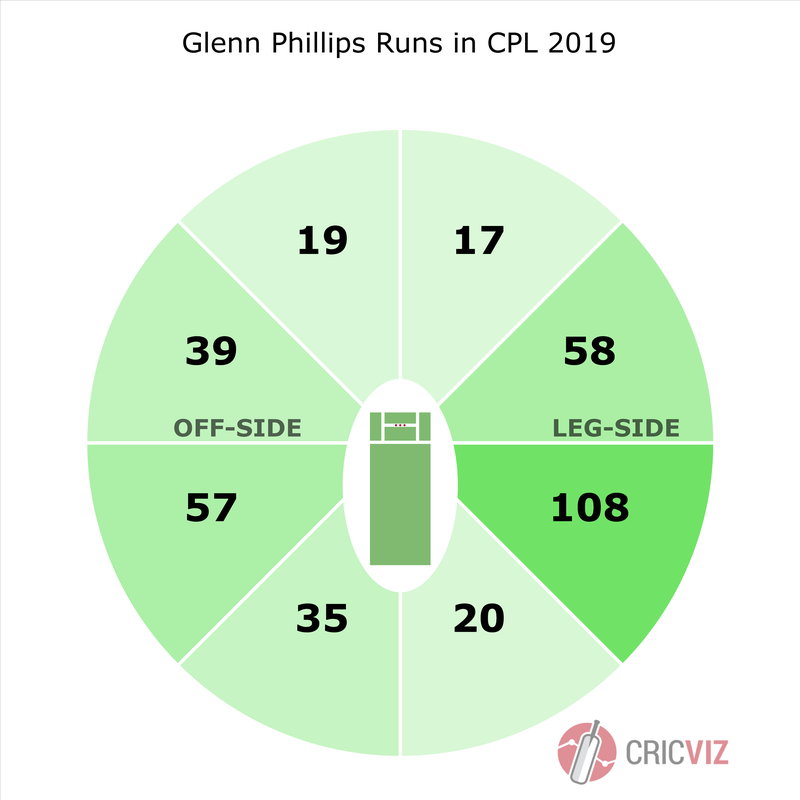 Whilst guys that hit pace well in the Powerplay are a fairly frequent species in modern T20 cricket, it does feel like Phillips might be on the cusp of the next stage in his career, ready to venture into other T20 leagues having dominated in the CPL for two years. Despite being a regular in the New Zealand team/squad, Phillips has only played for two domestic T20 sides - Auckland (in the Super Smash) and the Jamaica Tallawahs.

In a climate where teams are increasingly trying to find value and surprises in the player-trading market, Phillips could be an excellent gamble for someone to take; if not, then you imagine he'll be happy to return to Jamaica in 12 months time, ready to see if he can turn two terrific seasons into three.