Playing in the third test match of his Test career, Rahkeem Corwall’s impressive ten wicket haul was the highlight of the match. The 33rd instance and the 21st player a Windies player has picked up ten wickets. Among spinners from Windies it was only the 10th instance and the 7th player to achieve this feat The off spinner joins a very limited club that includes - Wilf Ferguson, Alfred Valentine, Sonny Ramadhin, Lance Gibbs, Shane Shillingford and Devendra Bishoo. 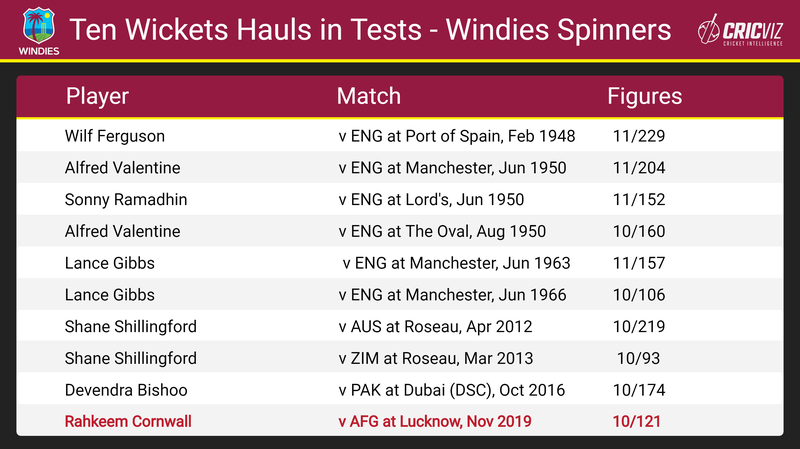 Rahkeem was the most threatening bowler in this Test match. Beating the bat, drawing an edge - he induced false shots consistently to trouble the batsmen. He induced 24.4% false shots, that’s a false shot once every four deliveries - the highest of all bowlers in the match. The tall bowler with a high release point was able to extra bounce and was able to deceive the batsmen with his clever mix of sharp off breaks along with the straighter ones. 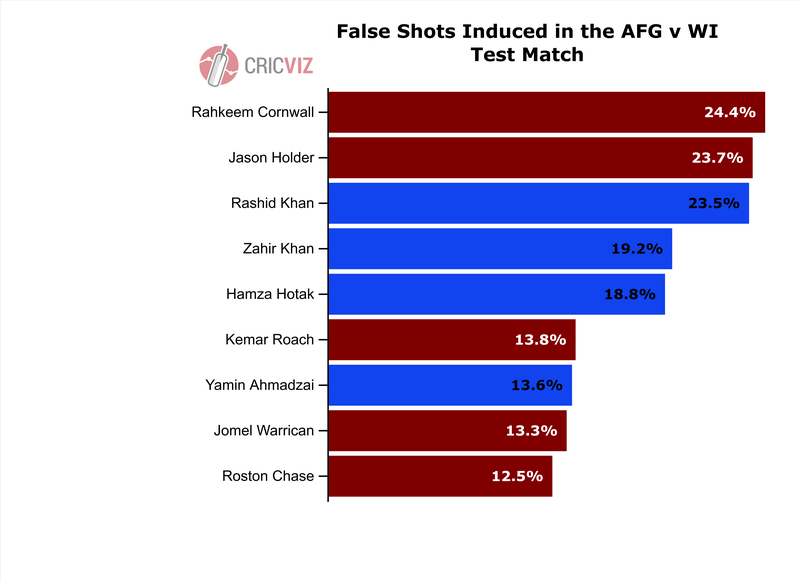 The batsmen found themselves in all sorts of trouble when the off-spinner brought them forward to play off the front foot. Seven of his ten wickets came when he drew them forward/coming down the track. He induced 32% false shots when they looked to play the forward defensive shot.

He made his Test debut earlier a few months back in the series at home against India at the back of his best ever performance in a season in the West Indies Championship for Leeward Islands. In 9 matches he took 54 wickets at an average of 17.68 - his best haul in terms of wickets and lowest average in a season across his career in the competition. 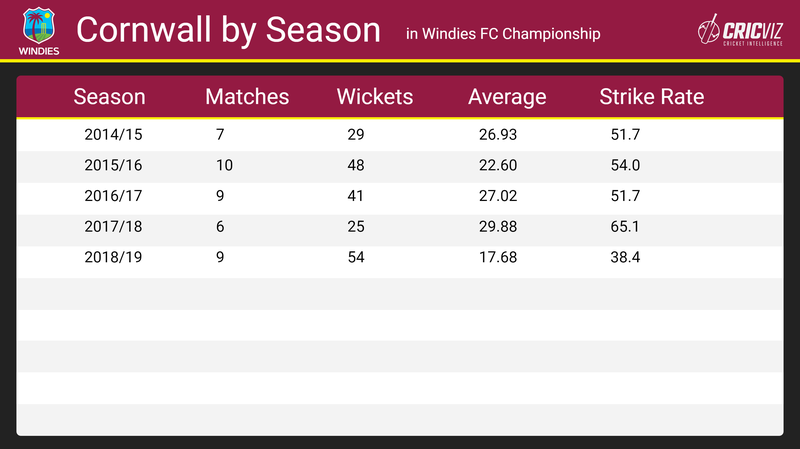 The 26-year-old all-rounder considers himself a batting allrounder and wants to prove his strength whenever he gets an opportunity. That being said the strength he has shown with his bowling in the international stage backed with his great domestic form - Windies will hopefully be looking at nurturing a player who can potentially be a key contributor as the team take on others in the World Test Championship.