CPL WATCH: IS BRANDON THE KING OF LEFT ARM PACE AND SPIN?

Guyana Amazon Warriors are a phenomenon. Their victory over Barbados Tridents in Qualifier 1 was their eleventh consecutive win, and one which puts them in the box-seat for their first ever CPL title. Even with their regrettable record of having been runners-up on four occasions in the competition, you would be a brave punter to bet on them stumbling at the final hurdle this time round. 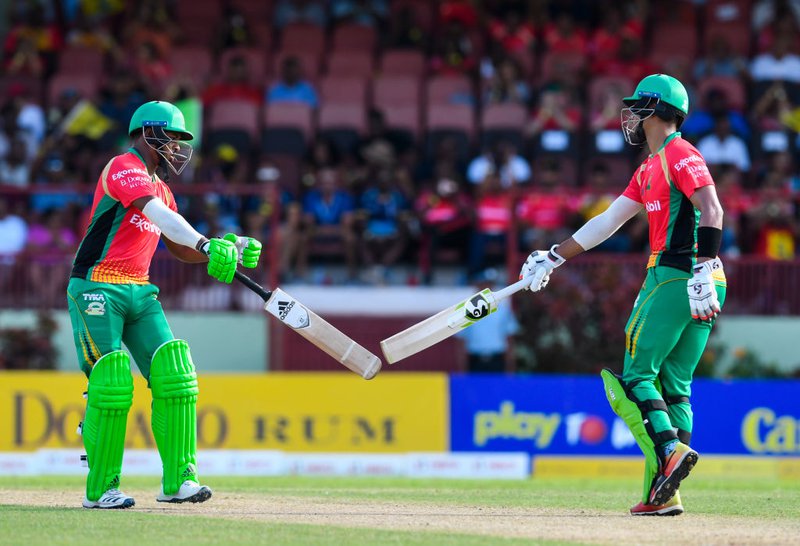 As with all the best sides, they are not reliant on any single individual. A talented squad with men at varying stages of their careers, from the experience of Imran Tahir and Shoaib Malik to the youthful exuberance of Nicholas Pooran and Shimron Hetmyer, Guyana have had performers for all seasons. Proven run scorers and wicket takers have been blended with potential superstars and it's paid off wonderfully. Yet one man has stood above them all.

Brandon King, a 24 year old opener from Kingston, has taken this CPL season by storm. A brilliant century in yesterday's match was, for many, the moment when they truly clued into the youngster, but he has been dominating throughout the entire year. 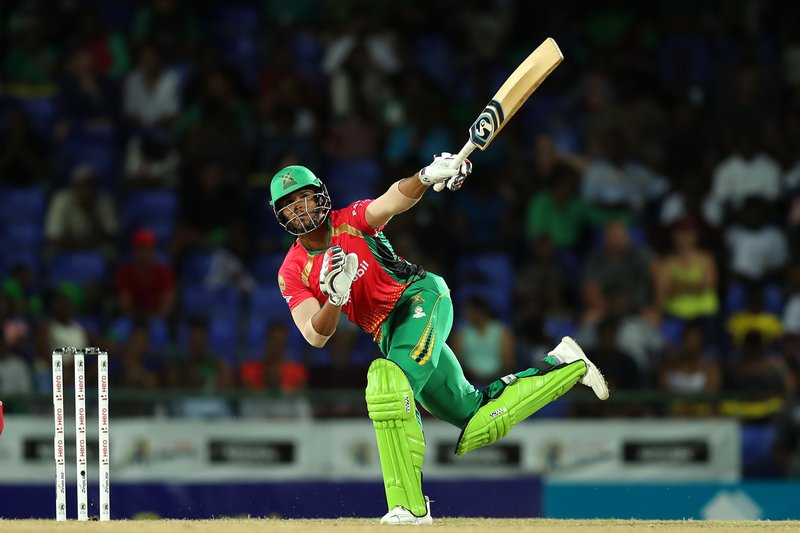 453 runs in just 11 innings is elite level run scoring, but to match that with a scoring rate of 9.06rpo shows that the Warriors have a truly special talent on their hands. Nobody in this season has scored more runs than the Jamaican. Substance, with style, at lightning pace - King seems to have it all. 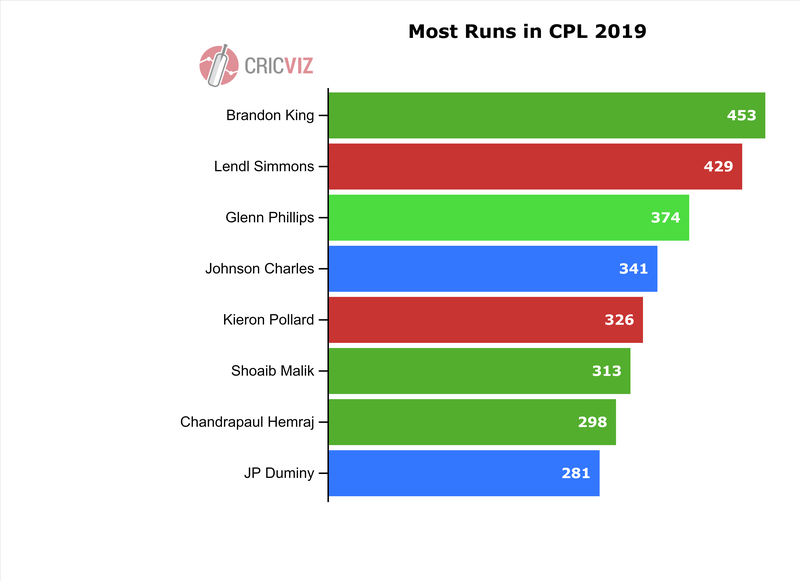 To an extent, King has come out of nowhere. His 2019 CPL season tally almost doubles his career runs before this competition. Relatively quiet years in the two previous CPLs giving no indication as to what was in store, but his ability is clear. 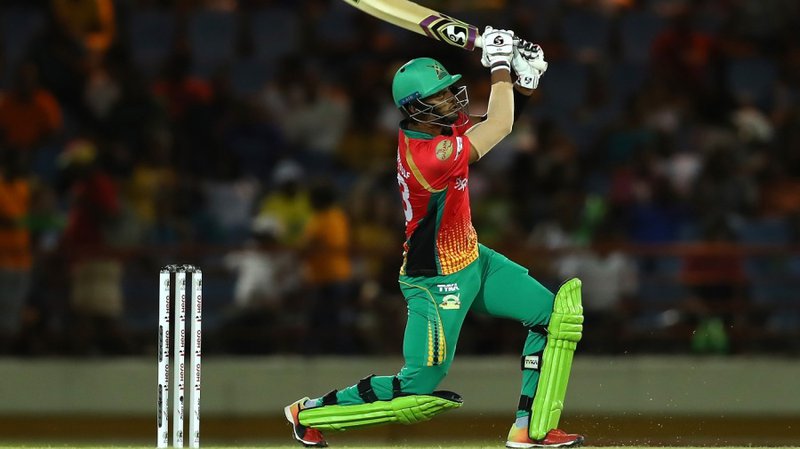 For some who've been watching him over the last few years, this has been a case of immense potential being fulfilled rather than a madcap bolt from the blue. 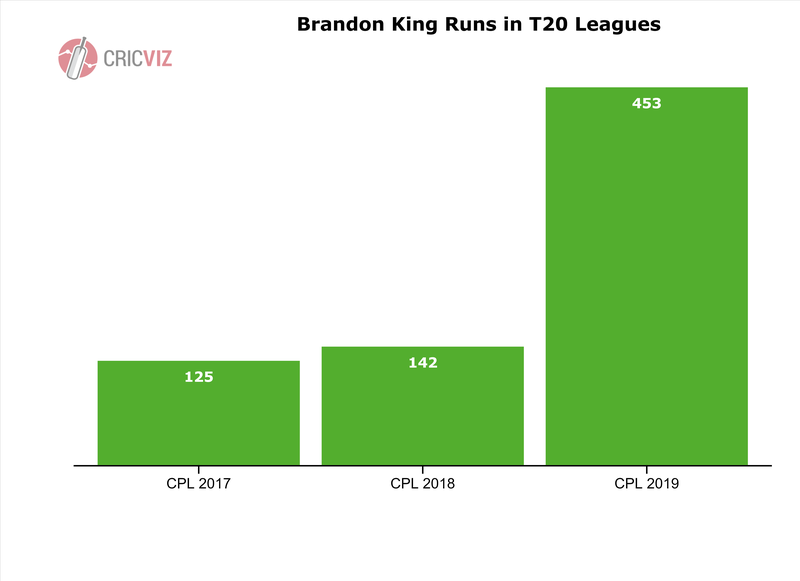 One thing of note, and a suggestion of King's slightly unorthodox ability, is his record against left-arm orthodox spinners. Ordinarily, a spinner turning it away from the batsman like a SLA to a RHB, would be a good match-up for the bowler - but King has destroyed everything in front of him. Scoring at faster than 10rpo is outstanding. 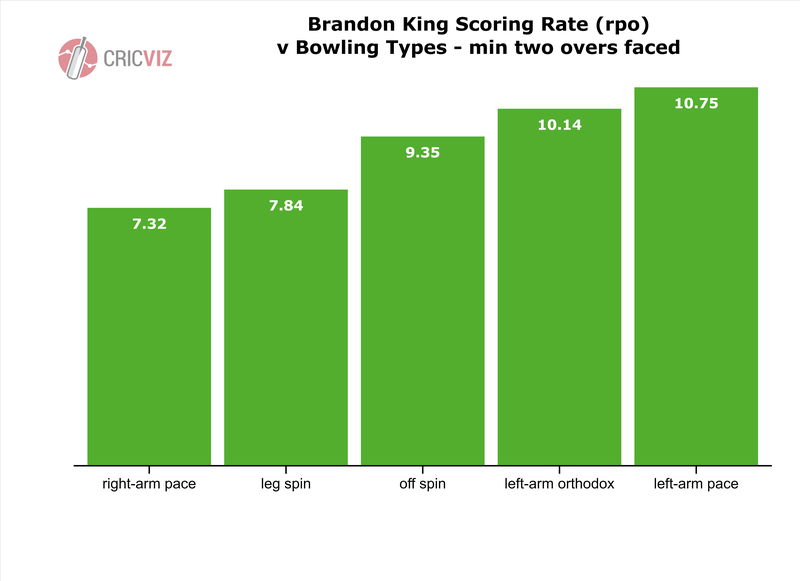 King has been prolific behind square on the offside, a strong cutter with fast hands who has been carving the ball away with regularity over the last month or so. Against pace, his runs have primarily come through that zone or midwicket, a simple method which gives him scoring options all around the ground - dominant on both sides of the wicket, reliant on neither. 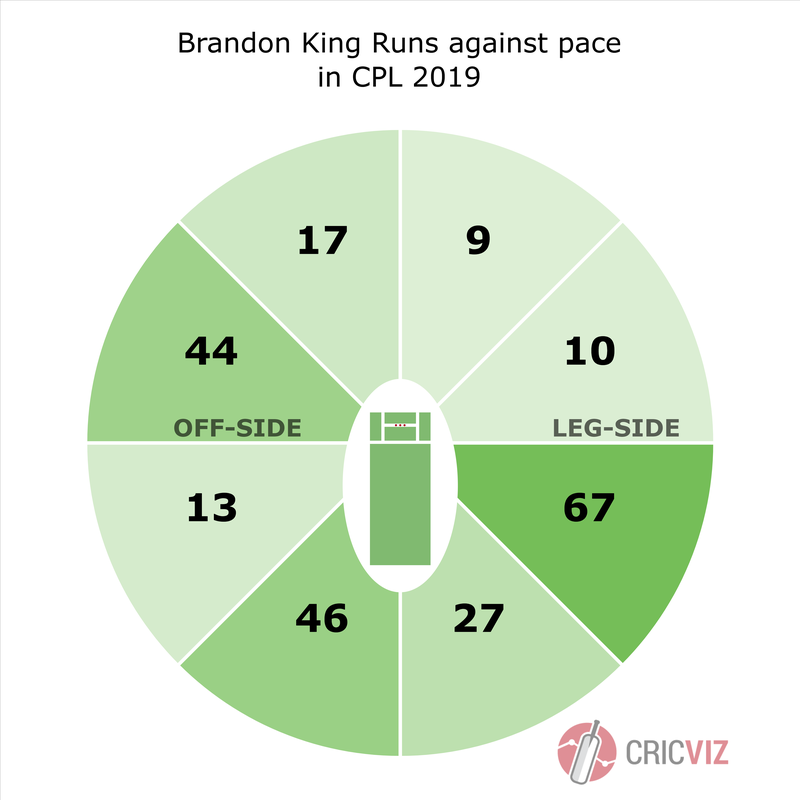 Against spin, that midwicket zone has still been the most productive for King. More broadly, King's game is power, in front of square - only a handful of his runs against spin have come behind the wicket. 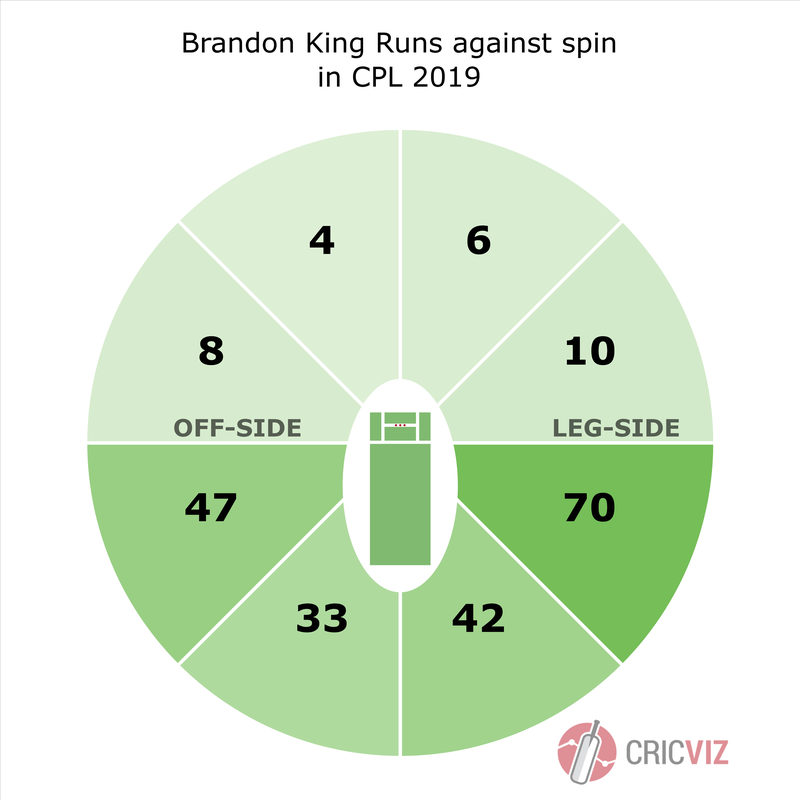 The fact that King has blossomed to the extent he has is an enormous reason for Guyana's success. Yesterday, King's century meant that Pooran and Sherfane Rutherford - two of the most explosive domestic batsmen in the competition - weren't needed until the final two overs, with Rutherford not needed at all. The strength in depth, and the fearsome nature of Guyana's middle order, is obviously exaggerated by the dominance at the top. As is often mentioned, the battle to get into the West Indies T20 top-order is fiercely competitive, but King has put himself right at the front of the queue of the new generation banging the door down for selection. If he can lead Guyana to their inaugural title, then he might find that the door opens for him.