Changes to WINDIES squad for 1st two ODIs in Barbados

BRIDGETOWN, Barbados – Carlos Brathwaite, Sheldon Cottrell and John Campbell have been called up to the West Indies squad for the first two ODIs against England. The changes to the 14-man squad became necessary due to injuries to opener Evin Lewis, as well as allrounders Keemo Paul and Rovman Powell.

The matches will be played at Kensington Oval in Barbados on Wednesday, February 20 and Friday, February 22. First ball daily is 11am (10am Jamaica Time/3pm GMT).

This is a maiden call-up for Campbell in white-ball cricket. The 25-year-old left-handed opener who also bowls off-spin, made his Test debut in the recent Wisden Trophy Series. He scored 176 runs (average 35.2) in the three matches.

Brathwaite, the imposing six-footer, brings a wealth of experience to the squad – having played three Tests, 28 ODIs and 35 T20 Internationals so far in his career. Cottrell, the strongly-built left-arm speedster, has appeared in two Tests, six ODIs and 10 T20 Internationals. He was a member of the squad to the ICC Cricket World Cup 2015 in New Zealand and Australia.

Chairman of Selectors, Courtney Browne outlined the reasons for the changes and said the upcoming five-match series is a vital part of the preparations for the 2019 ICC Cricket World Cup – to be played in England and Wales from May 31 to July 15.

“With our squad suffering from a few players with injuries even before a ball is bowled, an opportunity presents itself for other players to make a claim for ICC Cricket World Cup spots. After a good showing as an opener in the Test matches, John Campbell – a fearless and attacking opening batter – will replace Evin Lewis who had to be withdrawn from the squad with a groin injury,” Browne said.

“Carlos Brathwaite who last played in the ICC World Cup qualifiers and who was a replacement in the last ODI series in Bangladesh will also join the squad along with Sheldon Cottrell who last played against Bangladesh last year in the Caribbean. They will replace Rovman Powell and Keemo Paul who are also both sidelined with injuries. The panel take this opportunity to wish the injured players a speedy recovery and to wish the team success in the upcoming ODIs,” he finished. 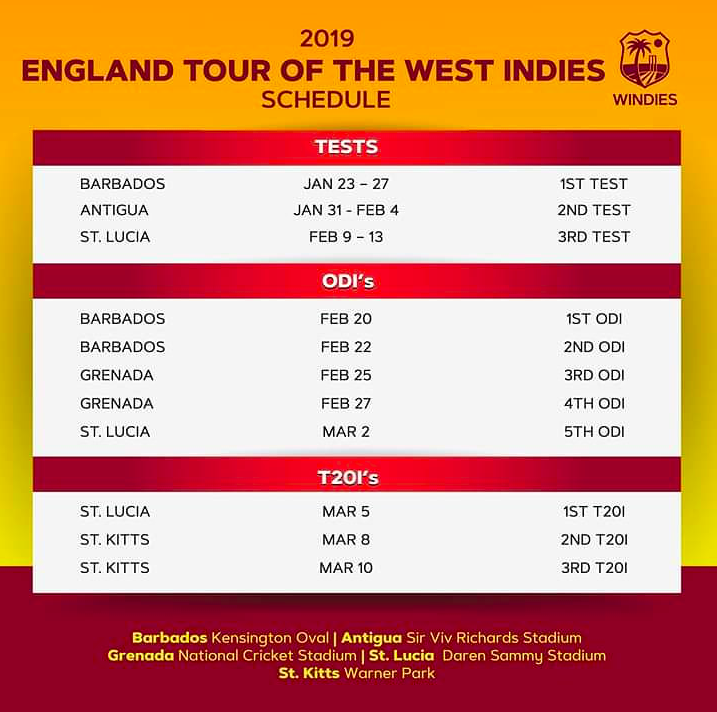