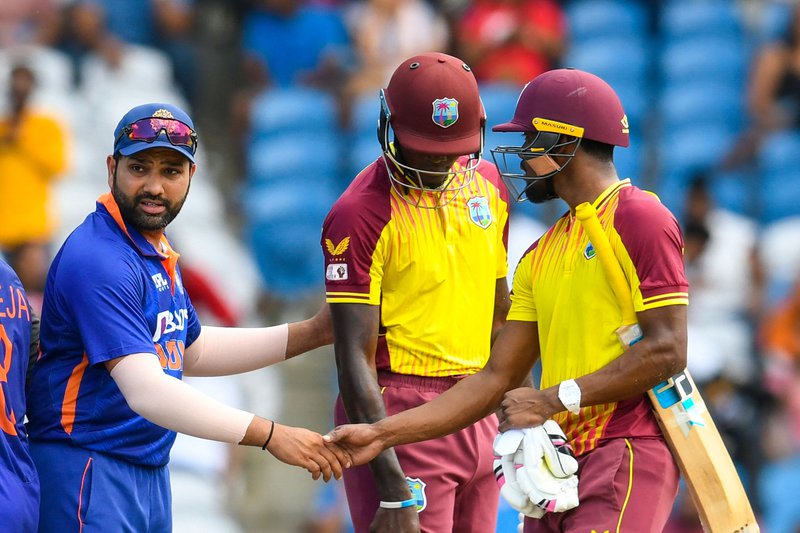 Player of the Match: Dinesh Karthik

PORT-OF-SPAIN, Trinidad – The first men’s international match to be played at this scenic venue saw a colorful and vocal crowd enjoying a carnival-like atmosphere but it ended in a heavy defeat for the West Indies, on Friday.

Brian Lara himself was among the more than 12,000 fans who gathered from early to be part of history and they were treated to great entertainment and non-stop vibes even though they would be disappointed with the one-sided result.

Shamarh Brooks’s top-score of 20 as West Indies losing three wickets in the power-play, and were on 73-4 at the half-way stage and failing to recover at the back end.

India had earlier posted a very challenging target with captain Rohit Sharma top-scoring with 64 off 44 balls and Dinesh Karthik blasting 41 not out of just 19 balls. West Indies appeared to be shackling India when they restricted them to 88-3 at the half-way stage but Karthik’s fireworks saw the visitors add 102 runs from the last ten overs.

The teams will now move to St Kitts for the second and third matches of the five-match rubber. The next contest will be on Monday when the west indies will look to bounce back and square the series. First ball is 10:30am (9:30am Jamaica/8pm India).