Kimberly, South Africa - Fresh from beating Australia in their opener, the West Indies made it two wins in a row by beating England in Kimberley. 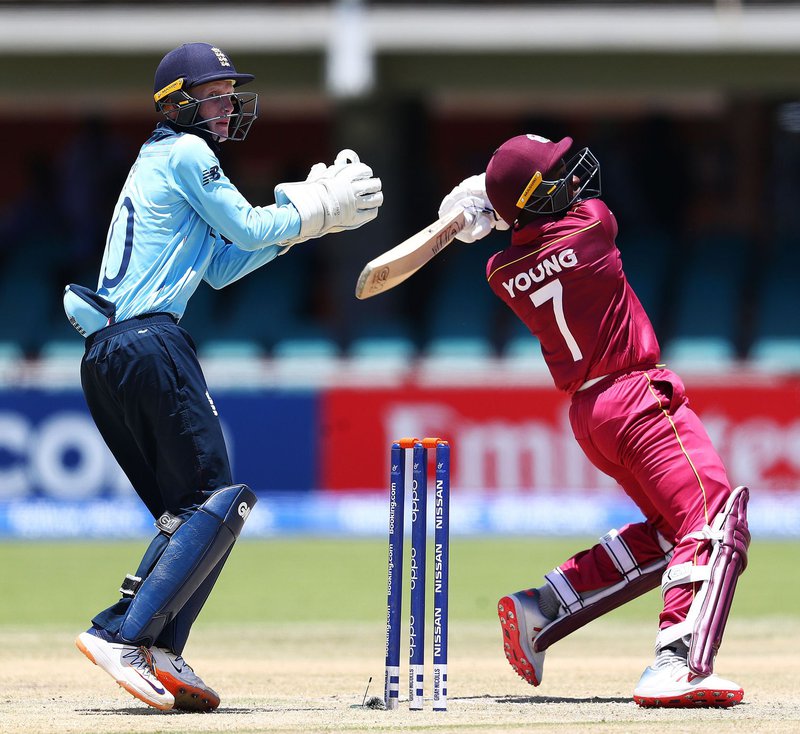 Nyeem Young was the star man for the Windies, taking five wickets and notching a half-century in a 71-run win which leaves his team knowing that victory over Nigeria in their final group game will clinch top spot in Group B.

The West Indies continued their excellent start to the ICC Under 19 Cricket World Cup, as they defeated England in their second Group B game at the Diamond Oval in Kimberley.

The Windies youngsters were put in by England, and compiled a testing score of 267 for seven in their 50 overs.

"We spoke to the management, and they said that 275 was a tough score to get at this level," skipper Kimani Melius explained after the 71-run victory.

A late afternoon shower cut down the overs that England had to try and chase the target, but the varied islanders' attack had already done a great job in constricting the scoring, on a pitch that assisted the spinners.

Batting first, West Indies saw Kevlon Anderson mix patience with mighty power, as he made his way to a very important 86 not out. 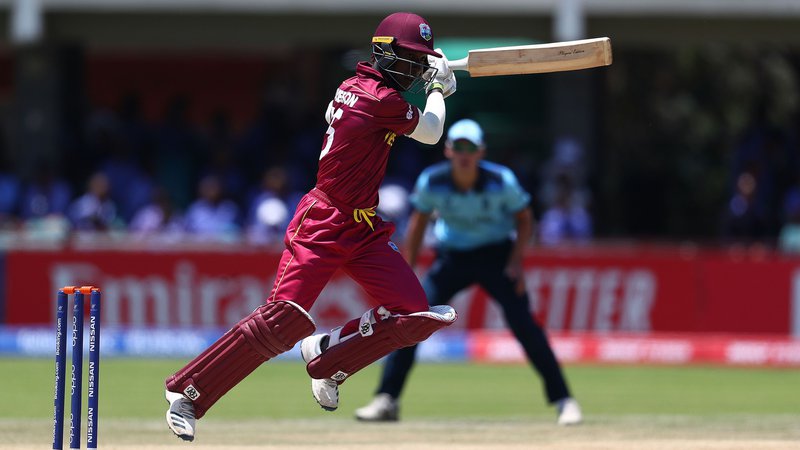 He was the glue for the innings and allowed others to attack.

One of those was Nyeem Young, who blazed 66 from 41 balls, with five boundaries and four clearances of the rope.

"It was a great all-round performance by Nyeem Young, and he showed his experience, having played in the 2018 World Cup," Melius saluted.

Young gave the Windies a target to defend, and they did just that. It was Young himself who was at the forefront, helping himself to five for 45 in nine excellent overs.

England got plenty of starts, but none of their players kicked on in the fashion of Anderson and Young.

Tom Clark (38), Ben Charlesworth (36) and Jack Haynes (27) all did the hard work, but then fell as the asking rate got out of control.

Melius switched his bowlers cleverly, and Young kept on striking, and even the sudden storm could not derail the young men in maroon, with England ending on 184 for nine, in 43.4 overs.

"We are happy with the performance, and it will be hard to change a winning team," Melius said, ahead of their final group game.