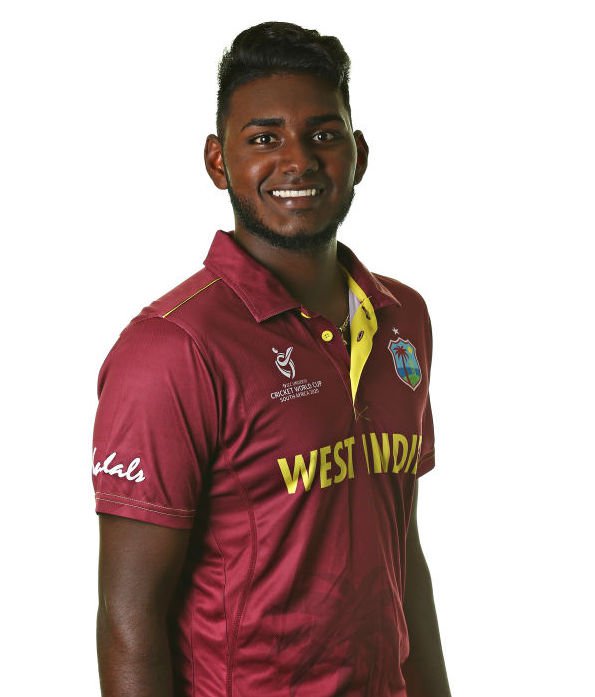 Pretoria, South Africa - Impressive performances with bat and ball helped West Indies end their group stage campaign with a 100 per cent record as they dominated Nigeria in Kimberley.

Half-centuries from Kimani Melius and Matthew Patrick propelled the 2016 champions to 303 for eight before Jayden Seales continued his hot streak with the ball, taking four for 19 to consign Nigeria to 57 all out.

After winning the toss and choosing to bat, Windies were soon vindicated as captain Melius and Leonardo Julien (18) put on 70 runs for the first wicket.

Melius went on to record his first half-century of the tournament, scoring 65 off 81 balls including nine fours and two sixes.

Although Nigeria pegged their opponents back during the middle overs with crucial wickets from Peter Aho (two for 53) and Sylvester Okpe (two for 66), a 90-run seventh-wicket stand between Joshua James (43) and Patrick carried the West Indies closer to their formidable total

The latter top-scored in the innings with a 70-ball 68 (six fours, two sixes).

The defence of their score was straightforward as debutants Nigeria struggled to make headway with the bat, with Okpe (10) and Abdulrahman Jimoh (17) the only batters to register double-figures.

Fast bowler Seales grabbed four of the five top-order batsmen, with Ashmead Nedd (three for 11) and Patrick (two for 16) also contributing to dismiss the West African side with 28.2 overs to spare.