Captain Kraigg Brathwaite played a patient innings to top score for West Indies on the opening day of their three-day warm-up match against the Bangladesh Cricket Board XI.

The right-hander made 85 and shared an opening stand of 67 with John Campbell made 44. This was the best partnership of the innings as West Indies were bowled out for 257 in the final session of play.

Brathwaite faced 187 balls and hit 10 boundaries before he was the ninth batsman to be dismissed. The left-handed Campbell struck seven fours and a six off 73 balls. 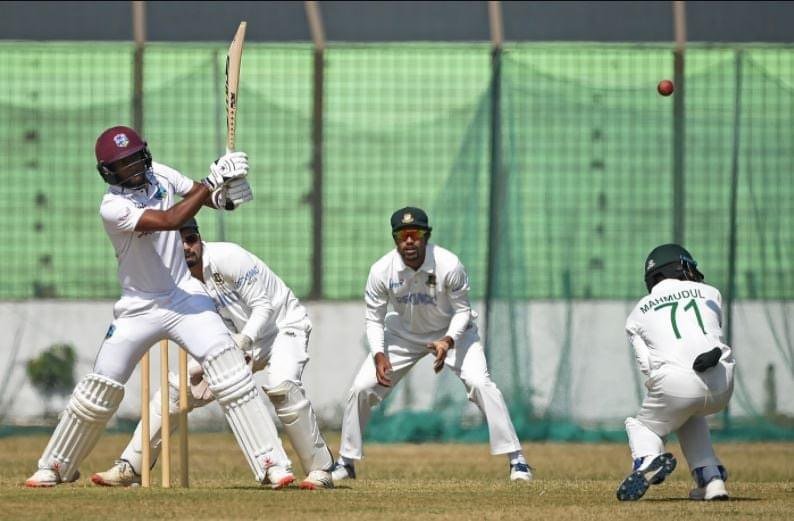 Kyle Mayers played some powerful strokes late in the innings and hit eight fours in 40 off 39 balls, as he and Brathwaite added 53 to take the score from 165-6 to 218-7, when Mayers fell.

“It was a decent innings. I was happy with the time I spent in the middle. I have to keep working hard. I wouldn’t say it was difficult conditions. The guys bowled well. Obviously the wicket was slow and low…You have to make sure you have a solid defence, and make sure you trust it throughout the innings.”

WI are taking on a BCB XI in a 3 Day warmup match #BANvWI #MenInMaroon 🏏🌴 pic.twitter.com/kUjdmTZCYS

By the close the BCB XI faced eight overs and reached 24-0. The match will resume on Friday 11:30pm Eastern Caribbean Time/10:30pm Jamaica Time.