West Indies were 17 runs for one wicket, replying to New Zealand “A” first innings total of 308 runs for three declared, at the close on the first day of a three-day tour match on Friday at John Davies Oval in Queenstown.

The weather in the southern town remains good with play expected to continue with little interruption throughout the upcoming two days. Please see AccuWeather details here: 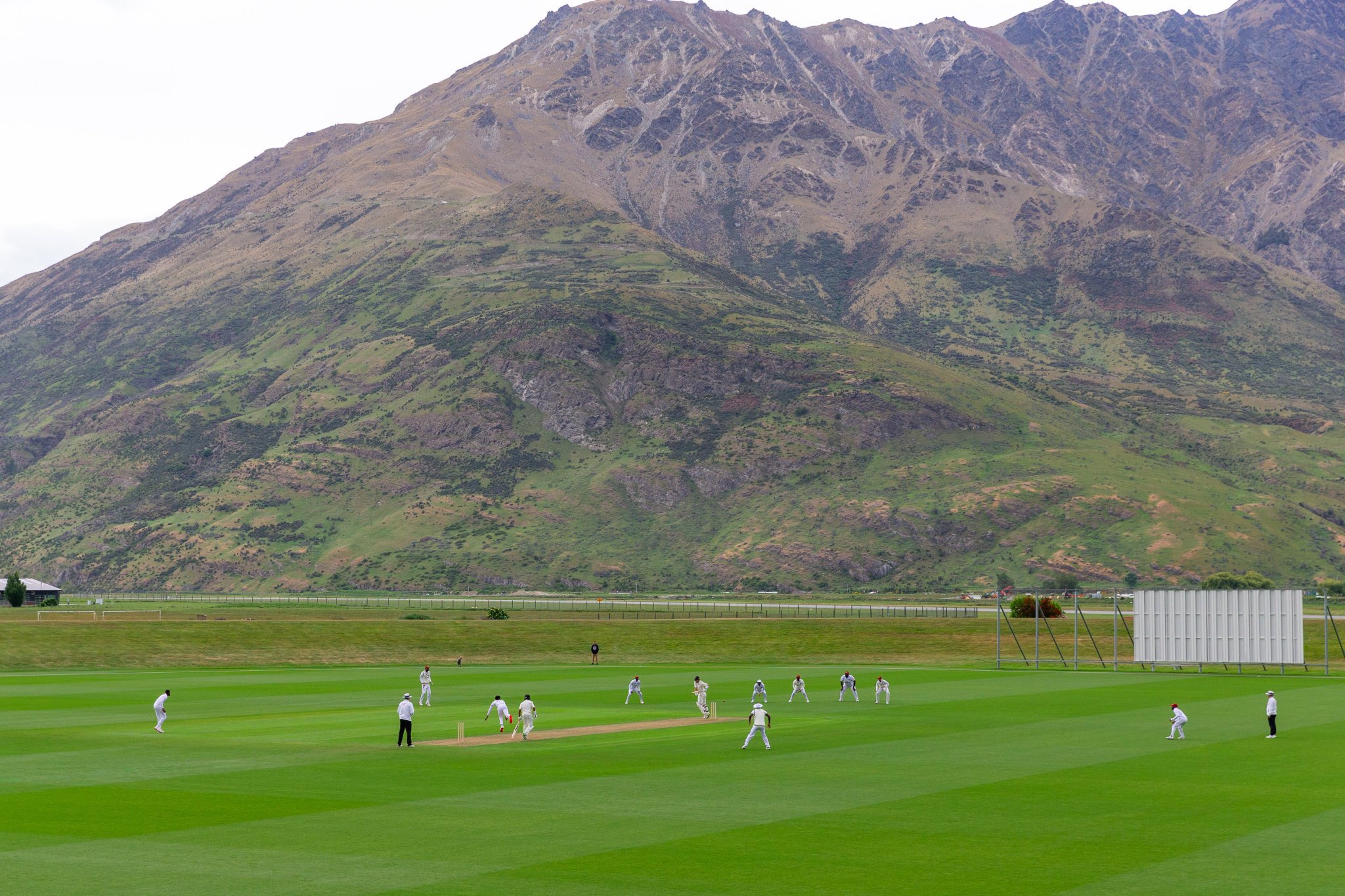 Led by a hundred from Rachin Ravindra, the home side played well on a good pitch. Fast bowler Chemar Holder made the breakthrough, when he had Will Young caught down the leg-side by Shane Dowrich from an under-edge at a short ball, three overs after the morning drinks break.

For the next 2 ¾ hours, the Windies bowlers were made to toil on the hard, true pitch, and Ravindra found Test batsman and fellow left-hander, Henry Nicholls a stable partner, putting on 155 for the second wicket.

West Indies bowled steadily, but Ravindra and Nicholls resisted to carry the home team to 81-1 at the lunch interval and batted through the entire second session to take them to 198-1 at the tea break.

Left-arm seamer Raymon Reifer broke the stand with the fourth ball after tea, when Nicholls was caught behind — edging a back-foot drive at a rising delivery.

Alzarri Joseph removed Ravindra three overs later, when the left-hander miscued a pull and was caught at deep fine leg after batting 4 ½ hours, facing 187 balls and stroking 10 fours and two sixes. However, the visitors met another roadblock, when Joe Carter joined Devon Conway and they consolidated for the home team with an unbroken stand of 81 for the fourth wicket before the declaration came.

In the closing stages, opener John Campbell was dismissed early. The left-hander made only four before fellow opener Kraigg Brathwaite, not out on two, and left-hander Darren Bravo, not out on eight, batted through almost half-hour to the end of play.