BASSETERRE, St. Kitts – Led by Nkrumah Bonner’s fourth List A hundred and a career-best spell from Jamie Merchant, Jamaica Scorpions intensified their bid for a place in the semi-finals of the Colonial Medical Insurance Super50 Cup, when they beat Barbados Pride by 26 runs on Wednesday.

Bonner struck a run-a-ball 112 from that included nine fours and three sixes and shared a record fifth wicket stand of 151 with his captain Rovman Powell to lead the Scorpions to 331 for nine from their allocation of 50 overs in a Group A game at the Conaree Cricket Centre.

Merchant followed up with 4-35 from his allotted 10 overs to run through the Pride top order and fortify the Scorpions hold on the game, after openers Leniko Boucher and Kjorn Ottley gave the Pride a sound start to their chase.

The result meant the Scorpions gained four points, moving them to 16, drawing them level on points with Leeward Islands Hurricanes, but they remain third because of the tie-breaker rules, which give the group hosts the edge.

Sent into bat, the Scorpions were scrambling on 78 for four in the 17th over before Bonner and Powell, their two most accomplished batsmen, defied the Pride attack to transform the complexion of the game and put their side in charge. 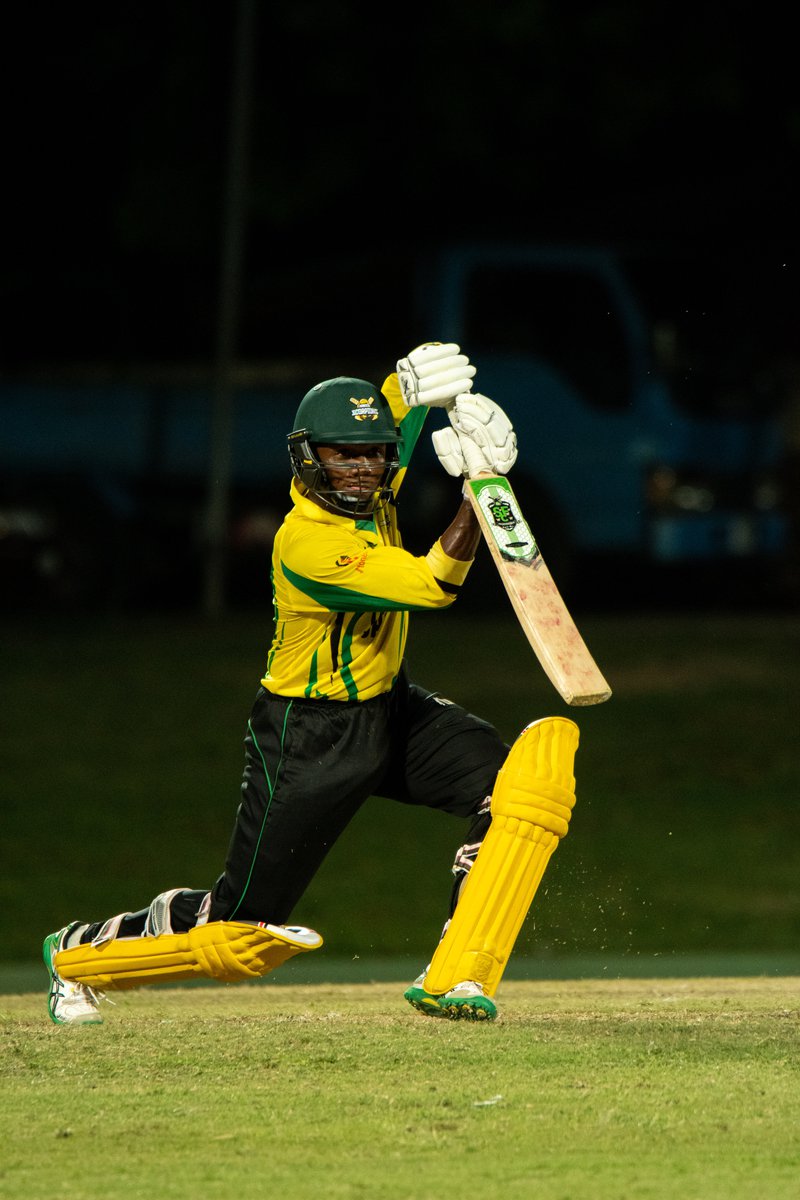 Powell, who led West Indies in three One-day Internationals against Bangladesh last December, made 96 from 59 balls that included seven fours and seven sixes and put the Pride attack on its heels before he was bowled by 2016 ICC Under-19 World Cup-winning pacer Shamar Springer in the 37th over.

The Scorpions were 229 for five and stumbled to 247 seven in the 41st over, but Merchant came to the crease and started a memorable day with a rapid-fire 38 off 28 balls and shared 60 for the eighth wicket with Bonner to push the total past 300. They were, however, dismissed in the closing overs chasing quick runs.

Boucher and Ottley put on 64 for the first wicket for the Pride, but they soon stumbled to 91 for three in the 17th over.

Their captain Jonathan Carter cracked 10 fours and four sixes in 97 from 94 balls to hold the innings together, but there was little stability from the rest of the batting, though the Pride managed to finish on 305 for eight from their 50 overs.

Group “A” games continue on Thursday, when the Hurricanes face Canada in a day/night contest, starting at 1:30 p.m. at Warner Park. This game will be webcast “live” on the CWI website, www.windiescricket.com, and the Windies Cricket You Tube channel.

Group “B” play also resumes on Thursday with Trinidad & Tobago Red Force and the United States in a day/night, feature game, starting at 1:30 p.m. at the Queen’s Park Oval in the Trinidad & Tobago capital of Port of Spain. This game will be televised “live” on ESPN Caribbean in the region.

A few miles due south, group leaders West Indies Emerging Players tackle Windward Islands Volcanoes in another day/night contest, starting at 1:30 p.m. at the Brian Lara Cricket Academy in Tarouba. This game will also be webcast “live” on the CWI website, www.windiescricket.com and the Windies Cricket You Tube channel.