News
/
match preview
/
WHERE TO WATCH: The Betway Test Series vs South Africa bowls off in St. Lucia

WHERE TO WATCH: The Betway Test Series vs South Africa bowls off in St. Lucia

So, you like cricket … So, you love the West Indies …. well, my friends the time has come again. The time to rally round the West Indies and throw your full support behind favourite team as we go face-to-face with South Africa in the Betway Test Series. No matter where your reppin’ from in the world, we have what you want. 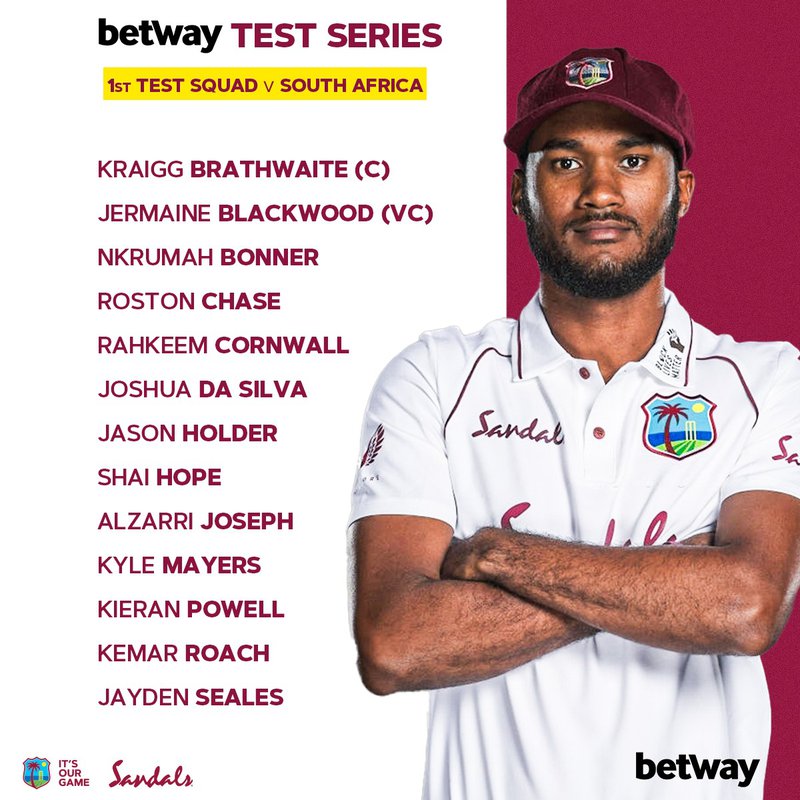 We can again confirm the widest ever access to live broadcast for West Indies fans in the Caribbean and around the world for the upcoming two Test matches and five T20 Internationals. The coverage starts on Thursday with the first Betway Test match at the Daren Sammy Cricket Ground at 10am Eastern Caribbean Time/9am Jamaica Time.

We are again delighted to welcome back Flow Sports as the exclusive television and digital broadcaster in the Caribbean with their exclusive and interactive “On Tour” coverage which will feature Sir Clive Lloyd, one of the greatest captains of all time. Fans can access the live broadcast on Flow Sports and through the new Flow Sports App, available to anyone through a direct subscription and to Flow customers with the applicable mobile plans.

Both Flow Sports and the Windies Cricket YouTube channel will carry short and long form highlights following the conclusion of each match. You will be able to hear the expert analysis from the legends of the game Sir Curtly Ambrose and Ian Bishop as well as former West Indies batsman Daren Ganga, as well as Mike Haysman, one of the most respected voices on the game in South Africa. For our beloved fans over in South Africa they will be delighted to hear that their favourite sport channel, SuperSport, will be carrying the matches on their home front. The coverage will extend to Sub-Saharan Africa. 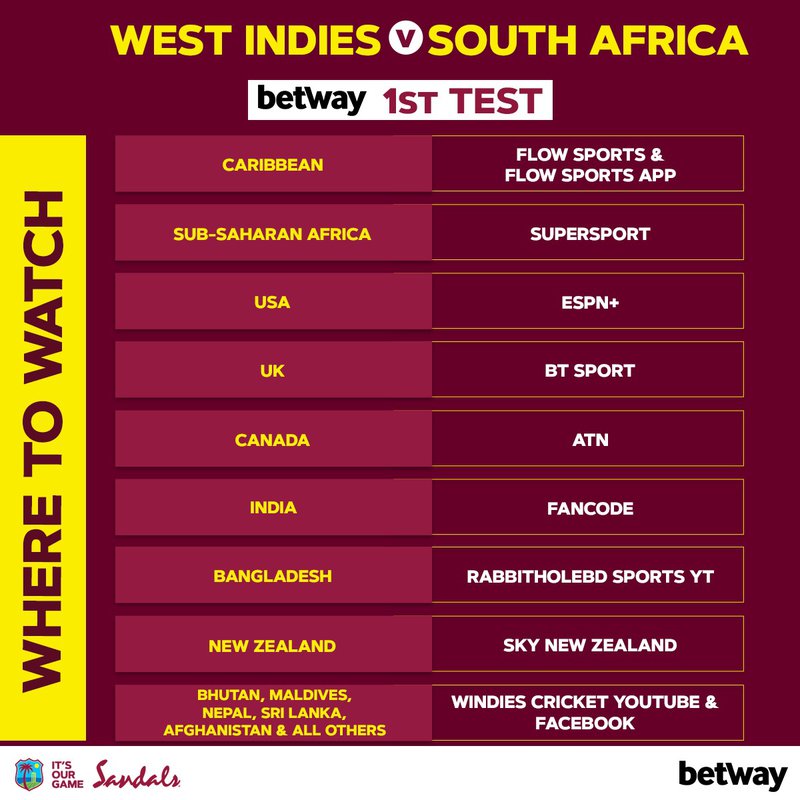 Millions of fans in India can access the Series with coverage from India’s premier sports destination, FanCode, who will offer live broadcast and highlights as part of their streaming, fantasy sports data and interactive community platform. In addition to CWI’s new long-term partners BT Sport (UK), ESPN+ (USA), and Sky (New Zealand), fans in other countries can watch live on the Windies Cricket YouTube channel.

If this isn’t enough to whet your red-ball appetite CWI’s website www.windiescricket.com will be featuring a new live blog within the Live Match Centre which also include live ball-by ball scoring. The live blog and the Windies Cricket Facebook, Instagram and Twitter channels will feature highlights clips, behind the scenes content and include in-running fan comments as a second screen option to compliment fans watching on TV or online.