Win at Windsor! Fans celebrate as Powell shows his powers 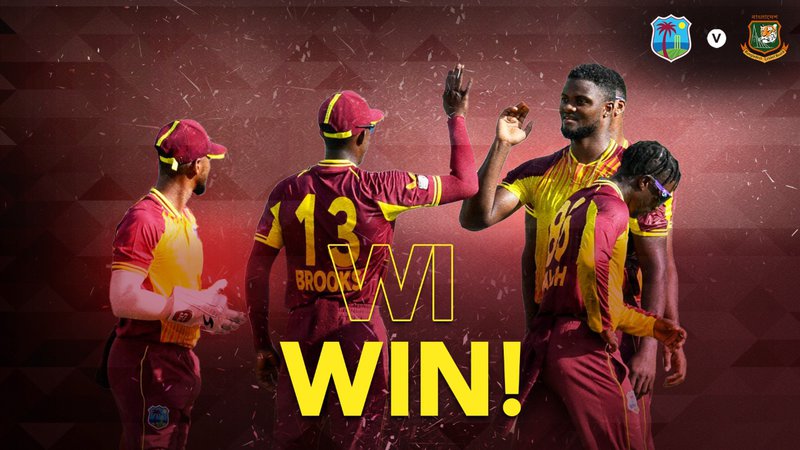 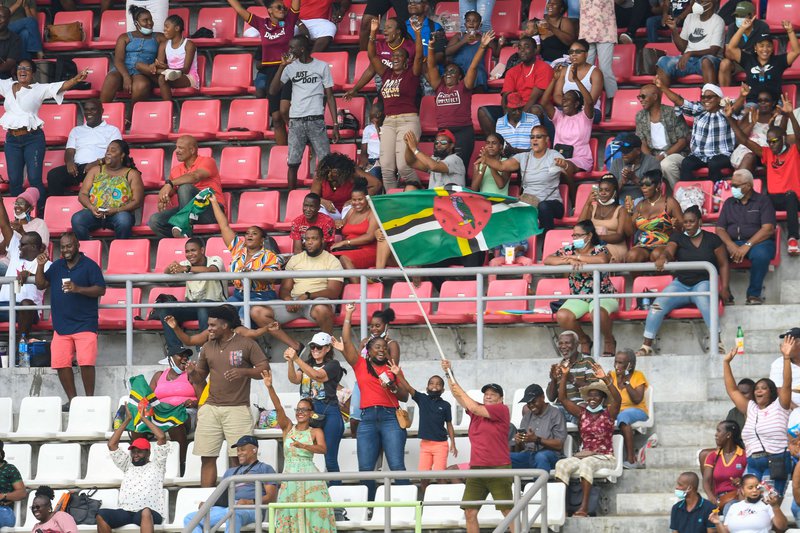 Win at Windsor! Fans celebrate as Powell shows his powers

ROSEAU, Dominica – There was cricket on the field and carnival off the field on Sunday as West Indies fans enjoyed a fantastic performance as their team easily brushed aside Bangladesh to the second contest. With international cricket returning to the island for the first time since 2017, spectators packed the stands and they witnessed a magnificent innings by Rovman Powell which set-up the match-winning total of 193-5 off 20 overs.

Powell smashed an unbeaten 61 from 28 balls and opener Brandon King scored a classy 57 from 43 balls. King played the anchor role with two half-century partnerships – 74 for the third wicket with Pooran (34) and 63 for the fourth wicket with Powell. King hit seven fours – an array of high-class drives on the up – and a six; while Pooran hit three fours and a six in a 30-ball knock. Then Man-of-the-Match Powell entered and transformed the innings. He entertained the colourful crowd with two fours and six towering sixes as he raced to his fourth T20I half century off just 20 balls in the 18th over. West Indies made a remarkable 74 runs from the last five overs.

WI 193/5 (20)@Ravipowell26 (61) hits the final delivery of innings over long-on for 6️⃣ 🔥 sending the crowd at Windsor Park in Roseau Dominica 🇩🇲 into pandemonium!#PowellPower #WIvBAN

“For us as a batting group, we want to take the game from the bowlers and try to put the bowlers under pressure early in the over,” said captain Nicholas Pooran. “Today was the start of this whole template and I thought we did it well but there’s a lot of work to put in it. We just need to trust this process a bit more and everyone just needs to keep digging deep for the team.”

In reply to West Indies big score, Bangladesh were hemmed in by some superb new ball bowling by Obed McCoy and finished on 158-6 from their 20 overs. Shakib Al Hasan top-scored with 69 not out from 52 balls to reach the milestone of 2 000 runs in his 98th T20 International.

Leg-spinner Hayden Walsh Jr was again on song and conceded just 23 runs from his four overs. He did a great job along with pacers McCoy (2-37) and Romario Shepherd (2-28) who picked up crucial wickets to secure the win. This gave the home side a 1-0 lead in the three-match series, which ends on Thursday in Guyana.

The teams will now travel to Guyana as the “Summer of Cricket” makes its way to the South American mainland where we will have the third and final T20I on Thursday at the Guyana National Stadium. First ball is 1:30pm (12:30pmJamaica Time) and fans can watch live on ESPN Caribbean and listen to live radio commentary on the Windies Cricket YouTube channel.

This promises to be another action-packed day and fans can buy tickets via the new WINDIES TICKETS service presented by Mastercard, at www.tickets.windiestickets.com